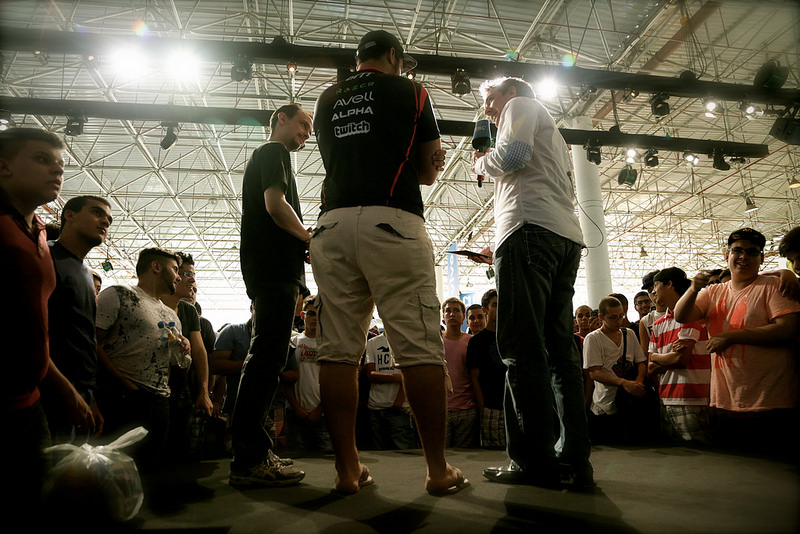 Ahead of the Season 8 World Championship in Katowice, Poland, Intel Extreme Masters stops off in Sao Paulo, Brazil to see how the best players in the region square off against some of the best StarCraft II players in the world. Competition kicks off on Wednesday as the Brazilians face off against one another, with Group Matches and Playoffs starting on Thursday.
The competition will certainly be tough for the Brazillians that make it through to the Group Stages. After yesterday’s announcement that the IEM Grand Finals in Katowice, Poland will be a Winner Takes All US$100,000 tournament with IEM winners earning themselves automatic all-expenses-paid ticket to the venue, the stakes for players at Sao Paulo have been raised.

Season 2 WCS 2013 Champion, Choi “Bomber” Ji Sung, (who finished 3rd/4th at the WCS 2013 Global Finals) will be in attendance and looking to make a splash, whilst IEM Singapore Champion, Kim “herO” Joon Ho, can relax somewhat knowing his ticket to Katowice has already been secured. – Although could he be the first IEM Champion to win back-to-back titles?

Raising a few eyebrows over in Europe is Irish national, Alex “ABomB” Thoms, who kicked out the likes of Grzegorz “MaNa” Komincz in the WCS Wildcard qualifiers, making it through to WCS whilst Koreans (Revenge, First and TAiLS) fell short. Could this Season’s IEM Sao Paulo be a tale of the underdog?

Catch all the action live over at ESL TV when competition kicks off on Thursday 30th January. For now, take a look at the StarCraft II IEM Sao Paulo Schedule: