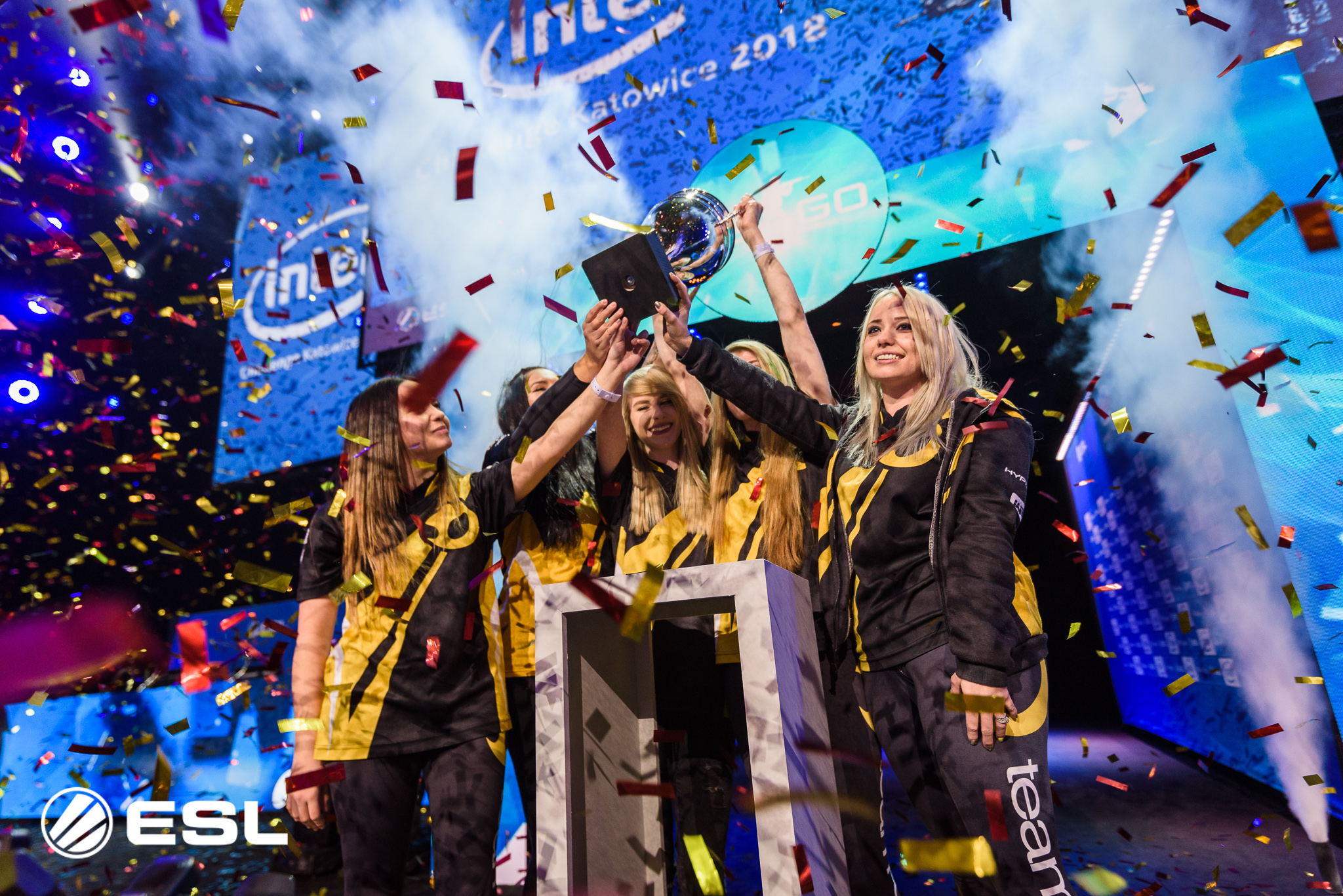 The Intel Challenge started in 2015 to provide a platform for female players to compete on the global stage. It is a groundbreaking initiative between ESL, Intel and AnyKey to foster growth and diversity in esports by spotlighting the top women’s CS:GO teams and providing a platform for new leaders to emerge.

Team Dignitas, the 2018 Intel Challenge Champions, were directly invited to the Intel Challenge and are joined by a further seven teams that earned their way through online qualifiers. Group stage matches will be played behind closed doors on Thursday, February 28 with the following double-elimination brackets:

Group A:
Dignitas vs. ORGLESS
Assassins vs. TiMe DaS LiNdAs

The winners and runners-up from each group will face off in the semifinals on Friday, March 1 starting at 11AM CET, with the Grand Final taking place on Saturday, March 2 at 12PM CET. Both days will see live action on the Ballroom Stage at the IEM Expo, where attendees can support their favorite female CS:GO teams for free.

We’ve assembled an all-star storytelling crew to accompany you through the Intel Challenge.

“In a world where anyone can enter ESL tournaments and compete, we think that there’s no reason why a woman shouldn’t be the champion of the biggest competitions,” said Michal Blicharz, Vice President of Pro Gaming at ESL.  “We’ve built the Intel Challenge with Intel to help promote female role models in esports with the hope of inspiring more women to take up competitive gaming and try to become the best in the world.”

“Esports and gaming are connecting people throughout the world and empowering diverse voices in ways that have not been possible before,” said John Bonini, VP of VR, Gaming and Esports at Intel.  “Intel is committed to delivering world-class esports experiences, and that includes creating opportunities for diversity with initiatives like the Intel Challenge to shift the focus of esports toward a more inclusive one.”

“The Intel Challenge highlights some of the world’s best women in esports on one of the world’s biggest esports stages,” added Morgan Romine PhD, Director of Initiatives at AnyKey. These players are role models for aspiring esports competitors around the world, and always bring some exciting matches to Katowice.”

For more information on inclusivity and diversity in competitive gaming check out AnyKey on Twitter and Facebook.