INnoVation is a clear favorite for the win at Intel Extreme Masters gamescom – can only his teammate stop him?

He most recently fell to herO 1-2 but beat sOs 2-0 and Life 2-1 to continue, knocking both out of StarLeague Season 3 in the group stage. He also held his own against two Terrans in GSL Code A. His run at Katowice for the Intel Extreme Masters Championship in March was a win-trading extravaganza that he ultimately came out on the wrong side of.

He began his mission to gamescom with a 6-0 run over Alicia, Impact and Super in the Korean/Taiwanese Qualifier, followed by a 2-1 win over Dark, a 2-0 over Life, a 2-1 over Zest and a 2-0 over TY at the Asian final qualifier – a ridiculous set of series by any standard.

SKT T1 INnoVation is a major threat to every player’s trophy hopes this week in Cologne. 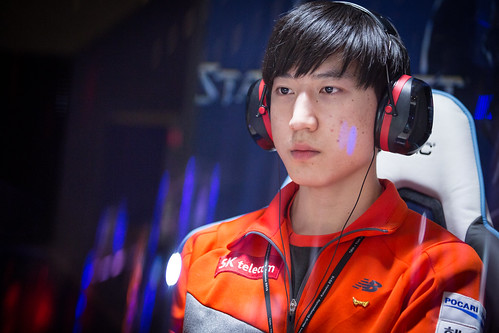 Since his most recent big championship win in Season 3 of GSL Code S last year, which came right after he joined SK Telecom T1 in search of a different training method, INnoVation hasn’t seen the tournament results he probably desired. However, his individual results in Proleague since the start of the year have shown that he is ready to take on any one opponent. He went 6 for 6 in round one, performed much worse in round two, bounced back in round three – going 5-2 and losing maps to only Maru and HerO – and he’s 2-0 so far in round four.

If INnoVation can approach his gamescom opponents with a one-game – rather than a series – mentality, he has a more-than-decent shot at making it to the finals. That said, he’s no slouch in a series either. However, most often if something is in INnoVation’s way, it’s INnoVation. 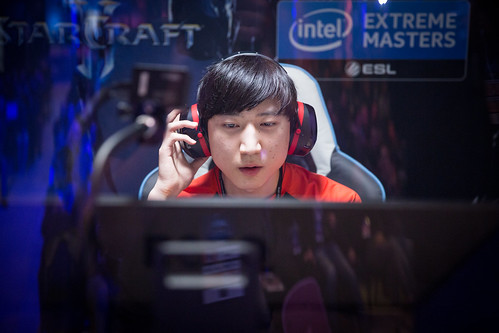 And he is in a group with a Protoss who’s considered one of the best foreigners at the moment, after his extreme launch into the WCS Europe Season 2 Finals final match, against Hydra. And Lilbow, a French player, is more than hungry for the win, given his current standing at rank 25. Intel Extreme Masters gamescom would put Lilbow over the top for BlizzCon rankings at a time when points are becoming noticeably decisive. He’ll face FanTaSy first, with whom INnoVation is similarly unfamiliar. However, with just a bit of his usual play, we’ll see INnoVation fly past whoever comes to him from the open bracket and likely take out another group member besides, whether the Protoss or his fellow Korean Terran.

It’s clear from the bracket that our mech-friendly Terran is among the favorites to win. Alongside him is his teammate soO, who is on a 14-0 streak at the moment (still, INno has significantly improved results against Zerg this year since the April patch, sitting at 50% for the first four months and 9-4 for the four since). 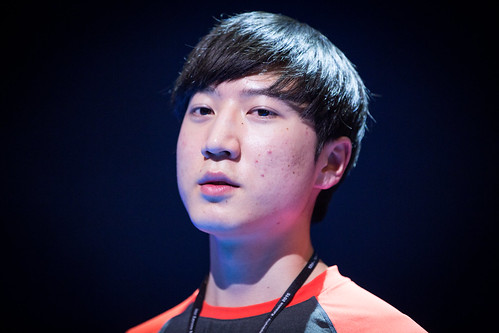 Other threats include fellow Korean Terran ForGG and Protoss Patience, but INnoVation could turtle until the confetti comes out to win series against these players. It’s well known that he’s an unstoppable player on his best days – and an incredibly good player (who might lose) on his worst.

INnoVation missed out on Shenzhen after dropping to teammate soO in the Korean/Taiwanese qualifiers, making this week in Cologne his first Intel Extreme Masters trophy shot since Katowice. Is it his to take? Tune in today to watch INnoVation in the group of death!

For all the latest Intel Extreme Masters updates, check out the official website and follow @IEM and @ESLSC2 on Twitter, and be sure to check out the VODs over at Plays.tv!