Day one of Intel Extreme Masters gamescom brings CS:GO back with a bang

Using the much talked about lives-based format for the return of Counter-Strike to the Intel Extreme Masters, the first day kicked off in sunny Cologne, Germany. There six teams battled it out for a piece of the prize pool – a mixture of powerhouses, underdogs and teams with up-and-coming talent.

The first match of the day was Team SoloMid versus Team EnVyUs on Cobblestone as voted by the community, with this being one of the matches everyone was looking forward to following EnVy’s lineup changes. TSM came into the event off a rather disappointing performance at the Acer Predator Masters, where they dropped out after their match against E-Frag. EnVy, having picked up the package deal of KennyS and apEX, have set their sights on ESL One Cologne (as mentioned by the team’s captain Happy). 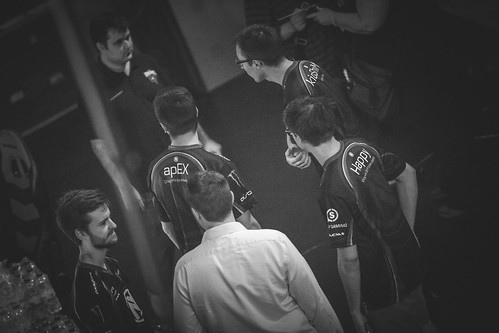 The package deal that EnVy picked up was also the package that showed up, with a solid performance from both apEX and KennyS, who got paired up on the A site for both the CT and T side. TSM focused their T side towards strong smoke executes when they had a full buy going on, and with strong entries managed to put up a good T side. After the switch at half-time EnVy started off strong, with another impressive showing of the recently added apEX and KennyS that resulted in them winning eight consecutive rounds. TSM didn’t want to go down without a fight, however, and Cajun demonstrated that TSM will always be a force to be reckoned with, putting in some very clutch plays. In the end it wasn’t enough, though, with EnVy picking up the last two rounds for a 16-11 win.

Match 2: mousesports vs. Renegades on Dust 2

With the first win under their belt, EnVy got to pick the second match of the day. The map chosen was Dust 2, and with that knowledge Happy threw the ball at mousesports and Renegades. mousesports, coming in after a stellar performance at the Acer Predator Masters, were of course looking to prolong the flow they’d obtained over the last few weeks. Renegades, also with their minds focused on ESL One Cologne, had a tough opponent pitted against them.

The match went down pretty one-sidedly due to tactful teamplay from mouz with good crossfire setups, clutch retakes and some nice strategic calls from gob b. RNG also showed some skill and flair with a couple of nice A site fakes that turned into a swarming of the B bombsite and a well-played-out 2v2 from SPUNJ and Havoc. All in all, mouz showed that their performance at the APM tournament wasn’t a one-off thing.

gob b decided Counter Logic Gaming and SK Gaming were up next on Overpass. CLG, having recently qualified for the ESL One Cologne major, seemed to be in a good position, having been put up against the in a way weakened SK lineup. Playing with a stand-in for the absent friis, SK came in confident they wouldn’t have to play the first two matches because of their position as a perceived underdog. 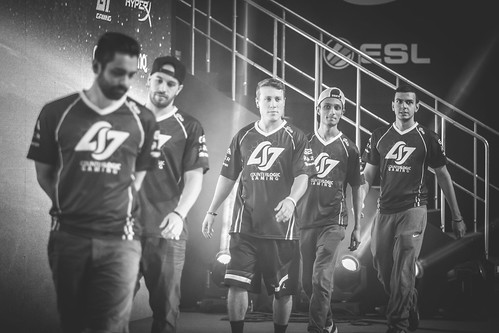 Confidence was definitely something SK did not lack. A strong CT side where they played a conservative A site hold the majority of the rounds baited CLG into throwing themselves at the A site many times – but to no avail. CLG seemed to exhaust their T side playbook trying to start off nearly all their rounds towards the A site. Come half-time, CLG had a mountain to climb for their CT side, and they did just that. Jdm was all fired up with his AWP in hand, securing his team quite a few rounds by hitting shot after shot. However, for their T side SK had brought a secret weapon in the form of NiKo, a talented player left to his own devices lurking CLG’s B site causing as much trouble as one man can. Eventually SK managed to get a full buy in, securing themselves a 16-12 win over CLG.

Next up was TSM facing off against Renegades on Mirage. TSM, fueled by their loss against EnVy earlier on in the day, had a point to prove – but so did RNG. The map was one that TSM felt a lot more comfortable on – a dangerous thing to take note of.

RNG had their game plan written out with their hearts set on the ever-so-important mid control for a T side on Mirage. The TSM side knew exactly how to deal with this, setting up crossfires and pop-flash peeks throughout the entire first half. With the AWP in hand, yam tried to pull his team back into the match, landing some clutch shots. After half-time, yam showed up again, taking up a good defense against the incoming A site attacks from TSM. It wasn’t enough, however, and RNG ended up taking six rounds away before TSM won their 16th.

The last match of the day was decided to be mouz versus EnVy on Inferno. After they showed their form versus TSM, a lot of people had high expectations for this match, and it turned out to be one that almost went the entire distance. 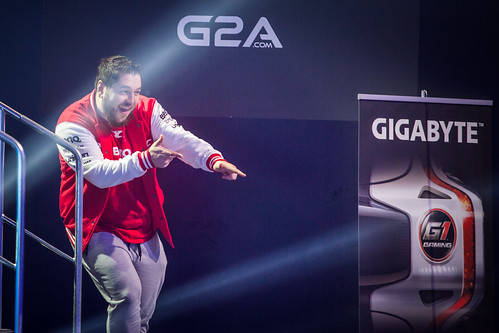 A strong start on the CT side for EnVy wasn’t enough to deter mouz from grabbing rounds. With aggressive play towards the A site, mouz managed to overrun EnVy several times. Most of the times, apEX and KennyS were around to stop the aggression. EnVy had a good amount of rounds built up to kick off their T side, and after using up almost all the rounds they managed to grab a 16-13 win over mouz.

Join us tomorrow from 10:00 CEST for day two of CS:GO at Intel Extreme Masters gamescom, and be sure to check out the VODs on Plays.tv! For all the latest updates, be sure to follow the official IEM Facebook and Twitter accounts as well as @ESLCS and #IEM!