Foreign hope in the WCS Season 2 quarter and semifinals: a retrospective

The round of 16 at Toronto included plenty of upsets, like ForGG being knocked out and a 78-minute long slugfest between MarineLorD and FireCake that sent MarineLorD forward. With all that behind them, the top eight players began the quarterfinals determined to come out on the other end with a championship title.

Three out of four quarterfinal matches wrapped up with 3-0 wins before the semifinals, which featured battles between foreigners Bunny and Lilbow and between Season 1 rivals Hydra and Polt. Ready to dive into the details of the final day in Toronto? 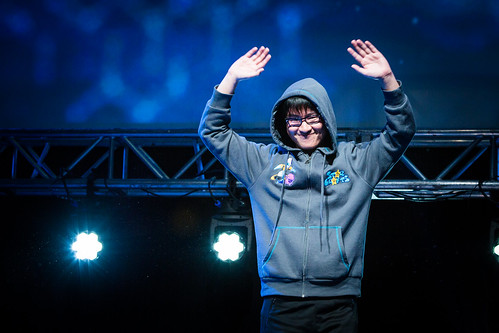 When Bunny and StarDust met in the first match of the round of eight, no one knew who would come out on top – but the Terran appeared to be the favorite in Canada.

On the first map, Coda, StarDust’s quality mothership core opening wasn’t able to kick off a winning streak, with Bunny using marines to distract his opponent and sneak a mine into the mineral line to trash probes. Bunny kept the attacks coming, eventually ending the game with marines attacking StarDust’s colossus.

On map two, Echo, Bunny chose a quick factory build and reaper, while StarDust moved a bit more slowly in the opening than he did on Coda. Bunny’s marine/mine drop cleaned up all but one of StarDust’s stalkers at home, prompting the Protoss to counter at the Terran’s front door. When Bunny held with a handful of marines and SCVs, StarDust had nothing left. Bunny led 2-0. 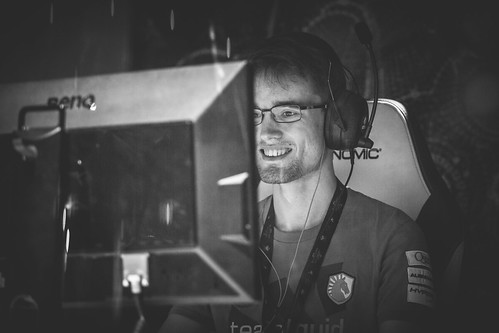 The Terran went for hellions on Iron Fortress. The first attack got cleaned up by StarDust, who opened with stalkers. Bunny dropped then with mines, forcing a photon overcharge. StarDust took a third base and Bunny amassed an army, including vikings. The Protoss, with double forge, storm and colossi, looked strong, but Bunny moved toward his opponent’s natural with a bio force and vikings, taking out all of the colossi and winning the game and his place in the semifinals. 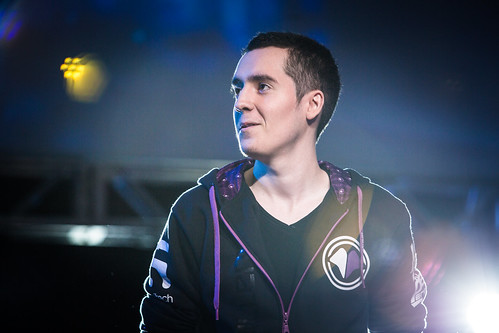 These two players went into the quarterfinal with 26 games against one another under their belts. As fellow countrymen and teammates, the Millenium Protoss and Terran were at an even 5-5 record in 2015. They took Stage B on Inferno Pools.

Close vertical positions had MarineLord scouting in the wrong direction with his reaper while Lilbow threw a second gas. However, the reaper did eventually scout the stargate, just before the Protoss placed a twilight council in the top left corner of the map quickly followed by more gateways. MarineLorD began building bunkers, though not in his main, where the stalkers launched their first big attack. Some zealots joined to move in on the bunker in the natural, which Lilbow wasn’t able to bring down in the first push.

But the stalkers’ constant blinking up and down the natural ramp caused MarineLorD to move his 30-plus stimmed marines too far out on the map. His defense grew more difficult with each wave of blink stalkers. As SCVs and marines died rapidly, Lilbow went for one last blink, taking the map. 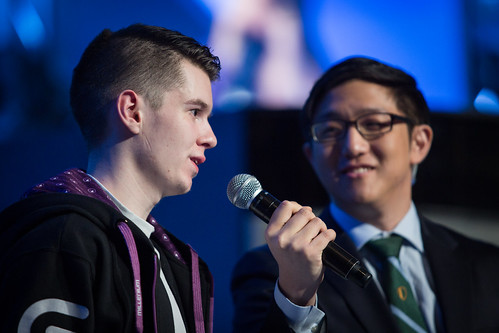 Expedition Lost started with a small probe harass, then MarineLorD denying his opponent’s nexus with canceled bunkers. Lilbow responded to the Terran’s racks and gas with a robotics facility, later adding templar archives. When Lilbow amassed a force, he snuck into a position that perfectly read his opponent. Thermal lance colossi took on the unseiged army of MarineLorD before he could attack, swiftly ending the game and putting Lilbow up 2-0 in the best of five.

On Iron Fortess, MarineLorD built marines and vikings, while Lilbow opted for blink stalkers and colossi. The Protoss moved into position outside MarineLorD’s base, and just poked in again and again ever so slightly to do light damage, waiting for +2 upgrades to finish. Though MarineLorD gained an army of vikings while Lilbow remained in position to attack, it wasn’t enough to defend when the Terran moved his command center and the stalkers blinked directly under it. Despite a good concave from the marines, the stalker blink micro from Lilbow was too strong and he moved into the semifinals with a 3-0. 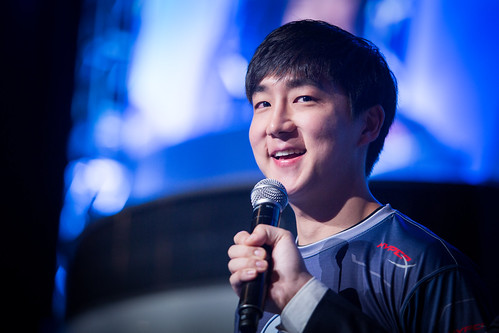 Going into this ZvZ, Hydra was rank 9 and Jaedong, the Tyrant, was holding out high hopes for a win after a hard-fought group stage. Map one, Expedition Lost, saw Jaedong go for a faster gas and delayed spawning pool, opting for ling speed, while Hydra went for a spawning pool. After Hydra took the gold base, punishing Jaedong for taking a fast third and droning up, Hydra pushed in with 33 roaches. Despite a beautiful concave from the EG player, Hydra’s contamination, consequent upgrade advantage and timing were just too much for Jaedong to overcome.

On map two, Echo, the ROOT Gaming Zerg commanded the play. Despite an early spore crawler that appeared a wasted investment and a push from Jaedong’s lings, the Tyrant simply couldn’t move quickly enough. Hydra counter-attacked at Jaedong’s natural, leaving the EG player with a minimal economy and an 0-2 deficit in the series.

Jaedong didn’t let that hold him back from getting seriously aggressive in the elimination game, going 10 pool into ling speed on Cactus Valley. Hydra went hatch first and then spawning pool. He spotted Jaedong’s speedlings moving out and fought them with his own slow ones, but Jaedong’s lings ebbed and flowed beautifully, and the Tyrant out microed Hydra for the win.

Heading into map four, Hydra was up 2-1. Here on Coda, his strengths were once again revealed. As Jaedong opted for a hatch and fast gas, Hydra went for an early spawning pool. Hydra built a roach warren, which Jaedong scouted, but the ROOT Gaming player actually planned to move out with lings – and did so. Jaedong wasn’t going to give up without a fight, holding off the attack, but Hydra’s brilliantly faked third and a follow-up roach push sent him straight to the semifinals. 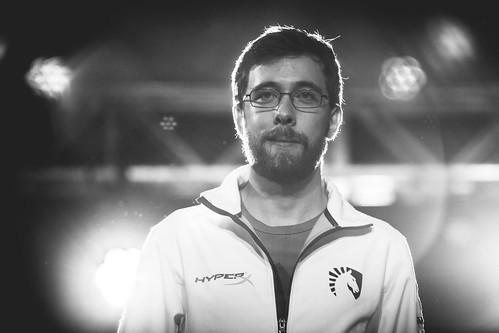 TLO was coming into the round of eight feeling confident after a win against Polt in the round of 32. Polt, meanwhile, was last season’s champion and more than ready for the fight. Map one, Echo, saw Polt take a slow natural and move towards hellions, which killed five of The Little One’s workers. Polt then produced marines to fight the Zerg, who at this point had taken a fast fourth base to gain map control.

However, Polt’s control and his seemingly small decisions proved too much for TLO. The Terran sniped TLO’s overseer and destroyed creep, keeping the mutalisks on defense. A bio push from Polt at 15 minutes ended the game before he needed to take a big engagement. 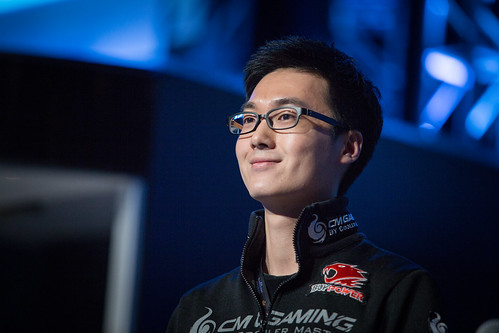 Map two, Coda, picked up tempo quickly. Polt took a starport sooner and pushed with hellions. TLO lost a decent number of zerglings but managed to defend without economic loss. Still, Polt pushed again, and his upgrades were a deciding factor as TLO’s fast muta build couldn’t contend with an earlier Terran timing. The CM Storm player took a quick 2-0 lead in the series.

Cactus Valley ended The Little One’s WCS Season 2 hopes as Polt brought early pressure and kept TLO contained. After seven minutes, the zerg had no creep tumors on the map. Polt simply moved too quickly and wrapped up the series. He moved on to round out the top four, joining Bunny, Hydra and Lilbow. 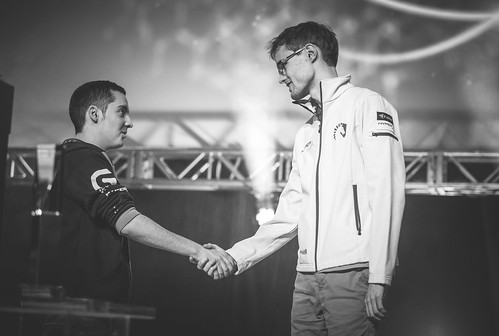 The semifinals started with no one quite sure who would take the win. Though Bunny was completely convincing against his most recent Protoss opponent, StarDust, Lilbow’s climb to the semifinals in his first WCS Premier League appearance was nothing short of impeccable, both on his birthday weekend in Toronto and prior in the round of 32. How would it play out between the two foreigners, one of whom would go on to fight the winner of Polt versus Hydra in the finals?

On Iron Fortress, Bunny went for racks and expanded, while Lilbow went oracle, only to elicit an expert defense from the Terran. Bunny’s marines and marauders positioned for a surround, but stalkers and colossi chased him back. Ultimately, Bunny’s vikings and bio force weren’t enough to hold of Lilbow’s colossi, and the Protoss took map one.

Expedition Lost saw standard openers from both players. Bunny went in with marines, then got a widow mine down but lost a medivac. Lilbow proved you can, in fact, beat mines without detection – when you counterattack at just the right time. His amazing stalker warp-ins and subsequent micro overwhelmed the Liquid Terran and the Protoss took his lead in the semifinals best of five to 2-0. 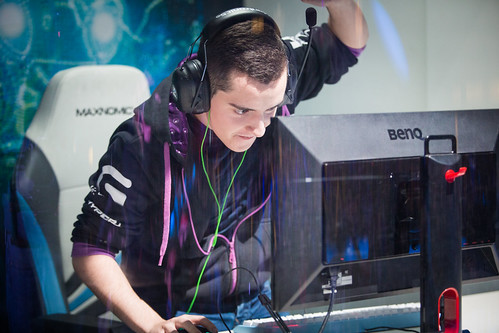 Map three was Coda, where Bunny opened the same, going for a fast factory and widow mines, as well as a reaper scout. Lilbow opted for a robo build and blink. The Liquid Terran sent hellions to his opponent’s natural and marines to main, absolutely destroying the Protoss mineral line with 21 worker kills. Bunny then pulled back before another cleanup with hellions. With Bunny making tanks and Lilbow going for colossi, Lilbow decided to march across the map in a final bid to take Coda. Bunny got into the perfect position to crush the Protoss army, and cut Lilbow’s lead to 2-1.

But the momentum of map three couldn’t carry over. On Echo, despite his lack of scouting, the Millenium Protoss overwhelmed Bunny with a stalker counter when the Terran put widow mines into the mineral line. With stellar blink micro, Lilbow plowed through Bunny’s tech lab and cemented himself a place in the finals. 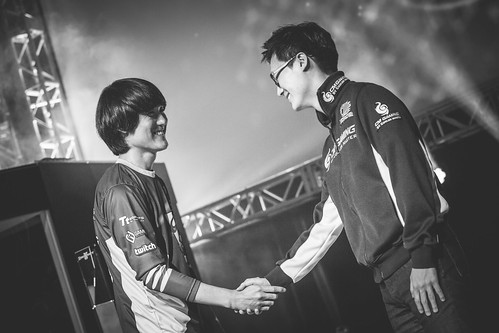 The finalists of last year were poised to take the stage in the semifinals, and it was truly anybody’s game – as we saw when Polt fought back from Hydra’s 3-1 lead in last season’s historic best of seven. But Hydra was a predicted winner, as he, like fellow semifinalist Lilbow, had only dropped one map on the way to the top. The action kicked off on Coda.

After a long stop that saw both players getting visibly antsy waiting for the game, Polt went for a fast third command center, while missing a scout on his opponent’s double evo chamber. The Terran moved out with marines, marauders and hellions, but Hydra moved in at the same time with lings.

Eventually the Zerg amassed a bane/ling/muta army that Polt managed to hold off with insane splits, then gaining bio to address future pushes. Finally, Polt’s widow mines and marines headed across the map, only to get into a mid-map engagement that ended with mutalisks chasing medivacs all the way home, where Polt GGed.

On Iron Fortress, Hydra played the same game as he played on Coda. Polt missed the roach warren, going for hellions. Before the Terran could get his upgrades, a mass of over 40 roaches were on the move, and Hydra was up 2-0 in the semifinals. 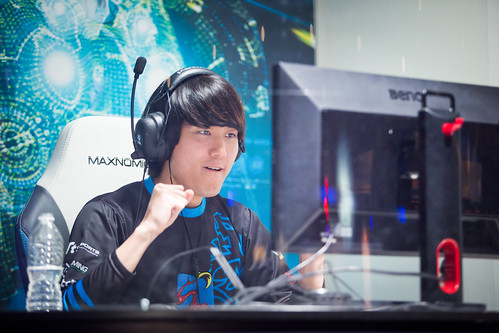 Expedition Lost, with its 3-11 TvZ stats, was map three. Polt went CC first, but Hydra took a risk that’s a solid choice for any player who’s two maps up in a best of five: a proxy hatch. Polt’s marine finally caught sight of the spine crawlers just as they were about to pop. While lings and queens moved in fast, Hydra pushed the three spine crawlers right up to Polt’s base, taking out bunkers. His lings dancing in front of Polt’s crumbling one-tank defense, Hydra took a fast map three – and a place in the finals, where he would meet Lilbow.

Missed any of the amazing action? Find the VODs here, and don’t forget to check out our in-depth finals recap.