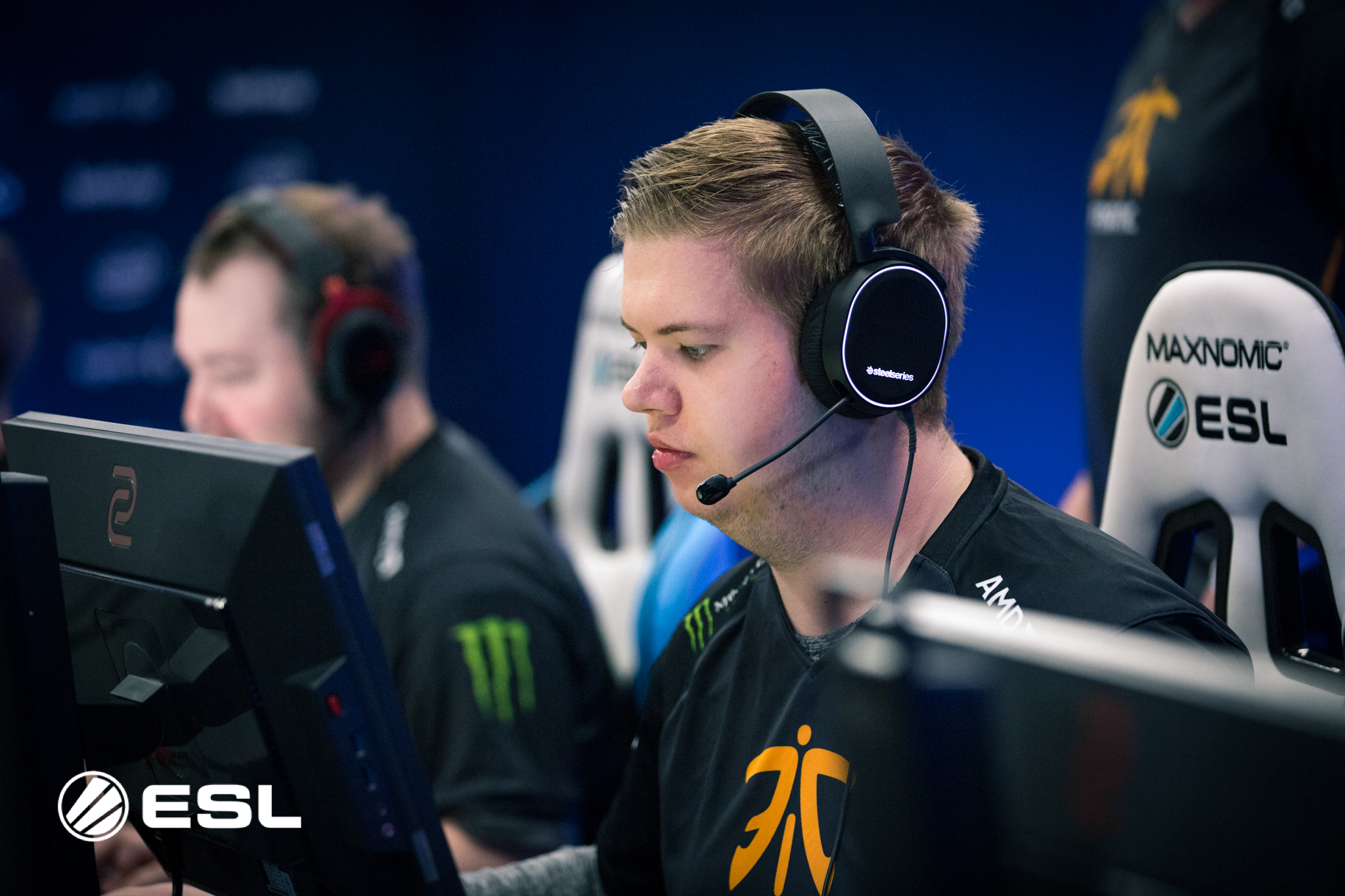 ESL Pro League is in full swing as we wrapped up week 2 and are about to kick of week 3 of online matches in both European and North American division. Due to ESL One New York taking place this coming weekend, there will be a lot less matches in week 3, but still enough to satisfy your CS:GO hunger. Before the games start later today, let’s take a look at what happened last week.

After week 2 matches, it’s Fnatic who top the standings of the European division. The team bested ENVYUS on Cobblestone and Cache, and took the first spot away from FaZe Clan, who did not have any matches last week. The standings before week 3 matches kick of are as follows: Match of the week: Astralis vs. Ninjas in Pyjamas

Our match of the week was a Scandinavian clash of Astralis and Ninjas in Pyjamas. Both teams did not have the best of starts to this season of the ESL Pro League, and winning this matchup was important for both parties. In our week 2 preview, the prediction was that the teams will split the maps wins. In the end, the scores were 16-6 on Inferno, and 16-14 on Nuke, both in favor of Astralis. The Danes now occupy the fourth slot in the standings, while Ninjas are placed eighth.

The North American standings are currently topped by OpTic Gaming. We need to note, however, that they have played 10 matches in total, meaning they are two matches ahead compared to most of the other teams. OpTic played 6 matches in week two and won 4 of them: two against Splyce, one against NRG, and one against Misfits. The standings before week 3 matches kick of are as follows: Match of the week: Cloud9 vs. Immortals

Our North American match of the week was Cloud9 vs. Immortals. Our preview was more in favor of the Brazilians due to their good showing at DreamHack Malmo and Cloud9’s new lineup. It turned out that both maps played were very one-sided and the matchup ended up with the following scores:

Get ready for week 3!

Week 3 matches kick off later today, at 19:00 CEST, with LDLC vs. GODSENT. This week, European matches will be played only on Tuesday and Wednesday, while the North American matches will take place on Wednesday and Thursday. You can find the full schedule here.

Tune into the ESL CS:GO YouTube channel to watch your favorite teams battle for a spot in the offline finals in Denmark, Odense. If you want to watch the season finals, you can purchase tickets here.