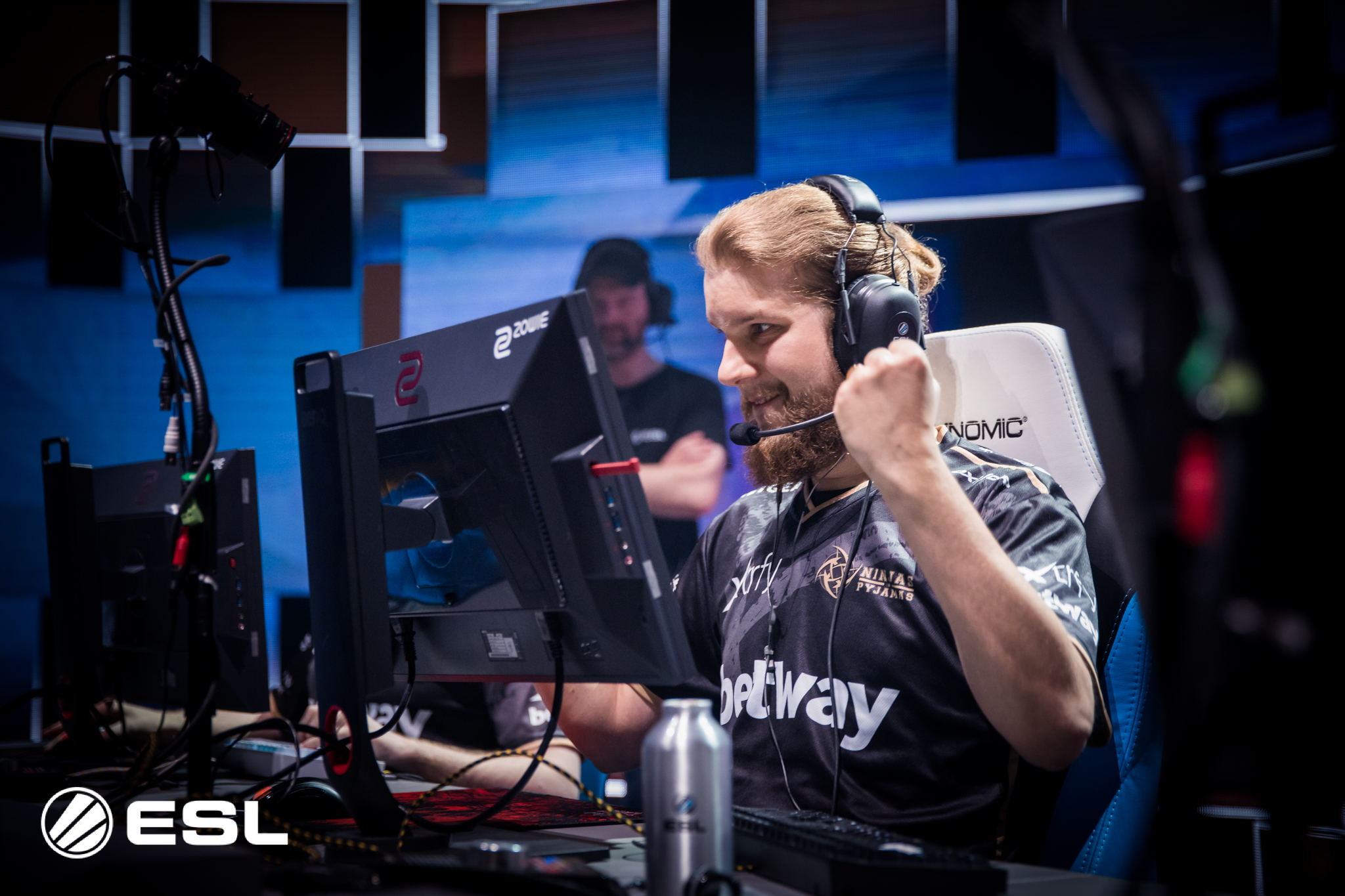 G2 nabbed the trophy in Malmö convincingly by displaying stellar play both tactically and individually. Every member of the French squad chimed in at crucial moments and especially kennyS’ AWP was devastating. G2 are now tied with SK Gaming at one tournament victory a piece in regards to the Intel® Grand Slam and one step closer to netting the extra US$1.000.000 reward. The next event that counts towards the Grand Slam will be ESL One New York in two weeks. A new chance for SK, G2 and all other attendees of course, to get closer to the four required event wins and a nice little cash injection.

In the meantime, we will enjoy some top-notch online Counter-Strike in EPL with some key matches coming up.

Here is everything you need to know for the second week of Season 6!

After the first week of online play, three teams already find themselves in a great position: FaZe, fnatic and North. The latter two both stand at 5W-1L, and FaZe lead the league with 6W-2L.

Faze and fnatic both disappointed in Malmö however, getting knocked out of the tournament in group-stage play. North on the other hand convinced at their first LAN event with the new roster, finishing in second place. It seems Valde brought back the hunger the Danes so dearly missed towards the end of last season.

At the bottom of the table after a bad start into the sixth season of EPL are the Ninjas in Pyjamas with 1W-3L. Already it’s time for them to pick it up and add some games to the win-column.

The newcomers to the league, GODSENT(1W-1OTW-1L) and BIG (2W-4L), also had to endure some difficulties in the opening week. After all, it takes time to adjust to the high level of play in EPL. MATCH OF THE WEEK – Astralis vs. Ninjas in Pyjamas

Both Astralis and NiP certainly hoped for a better start into the season.

The Danes had to suffer two tough losses at the hands of G2 in their first two BO1s, but made up for it by beating their fellow countrymen from Heroic on two maps and now find themselves ranked sixth in the league with 2W-2L.

The Swedes had a slightly worse start. First, North took two maps off the Ninjas, and then f0rest’s boys split maps with Na’Vi, which leaves them ranked 13th with 1W-3L.

I do not think however, that this record is an accurate representation of the Ninja’s current form. In Malmö the Swedish legends showed some great Counter-Strike. Especially draken displayed insane AWP skills. We got to see a vintage f0rest and GeT_RiGhT’s lurks became less readable. NiP made it all the way to the semis, where they had to bow to the eventual champs, G2, after putting up a great fight.

Astralis made it through the groups with ease in Malmö, and then were paired up against Gambit in the quarters, who once again proved to be too much to handle for the Danes.

I think these two giants will split maps when they clash today at 19:00 CET. There is more on the line for the Pyjama boys however. If they lose two maps here, they already have an almost insurmountable task ahead of them if they want to make it to the LAN finals in Odense.

G2 managed to complete a miraculous comeback last year, but NiP better not rely on miracles.

There are no big surprises at the top of the standings in North America. SK tops the leaderboard with 6W-2L. Coming in second and the only team to keep a clean slate is OpTic Gaming with 4W-0L, followed by Team Liquid who won four out of the six maps they played.

Counter Logic Gaming and NRG both showed sound and solid Counter-Strike and find themselves in the top six of the standings. Both squads mean serious business and I believe are true contenders regarding the LAN finals in Denmark.

Cloud9’s new roster looks promising on paper, but their performance in the first week of EPL (1W-3L) and in Malmö leave much to be desired. They are ranked 11th in the league right now and are already in need of points.

Luminosity Gaming and Hiko’s new team Rogue both have yet to win a single map (both 0W-4L).

Below are the full standings for North America after week one: MATCH OF THE WEEK – Cloud9 vs. Immortals

Cloud9 versus Immortals, a classic of NA Counter-Strike. In the past, Cloud9 usually held the upper hand in an online environment, and Immortals invariably beat the Americans on LAN.

Obviously this match will be played online, a positive for Stewie’s boys. But then again, Cloud9 are struggling to find their new identity after the addition of tarik and RUSH, which manifested itself not only in the first week of EPL, but also in Malmö, where they once again were put in their place playing against international competition.

Of course, C9 needs some time to adjust to two new players. In addition, Stewie2k handed over the IGL torch to tarik, which certainly doesn’t simplify matters. The question is, how much time do they need? Because at least in EPL time is already of the essence considering their record of 1W-3L.

Immortals picked it up again right where they left off last season. Solid performances in the first week of EPL and a strong showing in Malmö make them the favorites in this match-up.

I believe there is a good chance the Brazilians will leave the servers on Thursday with two more victories under their belt, which means it can already get dicey for Cloud9 in regards to the LAN finals.

Let’s hope the US boys find solutions to what’s holding them back at the moment, as nobody wants to see them miss out on the finals in Odense.

Tune into the ESL CS:GO YouTube channel to watch your favorite teams battle for a spot in the offline finals in Denmark, Odense. If you want to watch the season finals, you can purchase tickets here.