FeTiSh: “At this level, you’re never happy about losing”

Before the European Qualifier Finals took off, we sat down with Henrik “FeTiSh” Bo Christensen​ of Dignitas’s new CS:GO team. At DreamHack Winter 2013, his team placed within the top eight and was pre-qualified for EMS One Katowice. We spoke about the event itself, having cajunb on the team and what playing for Team Dignitas means to him.

ESL: Hello and thanks for taking the time to answer our questions. You recently joined Team Dignitas, which is a pretty big name in eSports. How does it feel to represent such a prestigious organization?

Henrik “FeTiSh” Bo Christensen: It feels really great! I was about to join their ranks way back in the early days of CS:Source. We really needed the stability and professionalism an organization like Team Dignitas can provide.

ESL: ODEE said in a welcoming statement that Dignitas has “waited a long time to get a team of this quality”. Does this motivate you or does it make you feel pressured?

FeTiSh: I wouldn’t say that Dignitas or ODEE specifically motivates me and I am fairly sure it’ll be like that for the entire team. Winning and getting better has and should always be the main motivation and Dignitas offers us the perfect platform to develop and get better as a team. 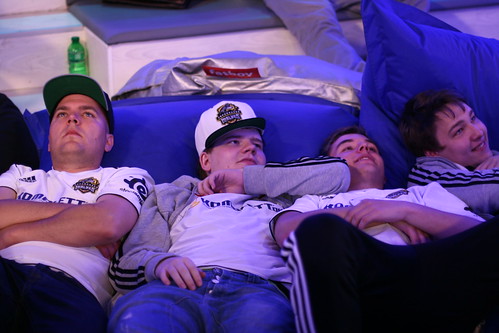 Chilling with his team (more photos at Flickr.com)

ESL: At DreamHack Winter, you finished 5th to 8th after losing to Titan (formerly VeryGames). Would you be happy with a similar outcome at EMS One Katowice or are you aiming for more?

FeTiSh: We want to win. At this level, you’re never happy about losing. Realistically a top eight should be doable. I guess it all comes down to who we draw in the brackets or groups and obviously how well we play. We know we can do a lot better than we did at the recent DH invitational tournament.

ESL: How is your training for Katowice going now that it’s only a few weeks until you’ll play the best teams in the world?

FeTiSh: We play as much as we possibly can, unfortunately I have exams the coming 3 weeks and those end on the 21 of next month so that does limit us a bit.

ESL: The European Qualifier Finals are about to take place. Have you been following the results so far? Has there been anything that surprised you?

FeTiSh: I have watched some of the games. I wouldn’t say that I’ve been super surprised, I guess the most noticeable thing is how well so many teams are playing and how many really talented individuals there are out there. From a competitive standpoint, the scene is looking really strong and healthier than ever, so that’s really nice!

ESL: Looking at the pretty strong overall bracket in both the Nordic and EU qualifier, are you happy you already have your spot?

FeTiSh: Yes, it’s hardly a secret that our recent level of play hasn’t been good enough – the DH invitational was a perfect example of that. We do, however, know we can do a lot better, so it’s nice that we won’t have to struggle for a spot.

ESL: With Reason Gaming and 3DMAX, there are two more Danish teams in the race for a spot at Katowice. How good would you say their chances are at joining you?

FeTiSh: Really good. Both teams are really good and can compete with almost every team out there any given day! GOGO boys :D! 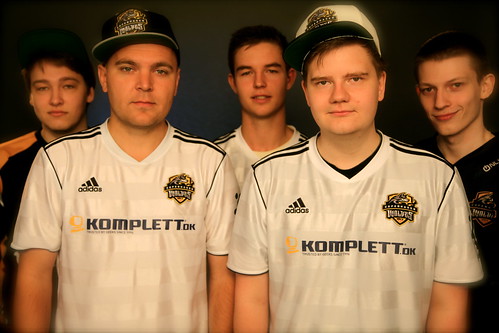 Teamphoto of CPH Wolves at EMS One Flickr.com)

ESL: Compared with DHW, you have switched in cajunb for Nico. How do you think this has affected your playing so far?

FeTiSh: It’s never easy to replace a player, especially not one as great as Nico, but we have no regrets about our decision due to the circumstances we were put in. cajunb brings his own unique qualities to the team, and although it will take time to rebuild, I feel as if we can be a strong contender for titles this year.

With that being said, changing players again is something we have absolutely no intention of doing. It’s clear that it had an impact on our performances last year, but now that we have the support of an organization like Team Dignitas, I do not have any concerns about our stability as a team.

ESL: How is your planning for 2014 going? Any trips already planned for after EMS One Katowice?

FeTiSh: Naturally we will be attending Denmark’s biggest CS tournament, Copenhagen Games, in April and we also hope to qualify for the upcoming ESEA Invite Season 16 finals, which will take place in Dallas, Texas later this year. In terms of online events, you can also see us competing in the Fragbite Masters and Gfinity Alienware Pro-League Season 1. This promises to be a truly exciting year for competitive CS:GO!

ESL: The final words belong to you. Anything you want to tell your fans or upcoming opponents?

FeTiSh: Thanks to ODEE and Team Dignitas for believing in us! And our fans, you guys are awesome. Also our sponsors!