“Evolve is an experience very unique to itself”: an interview with Lauren “Pansy” Scott 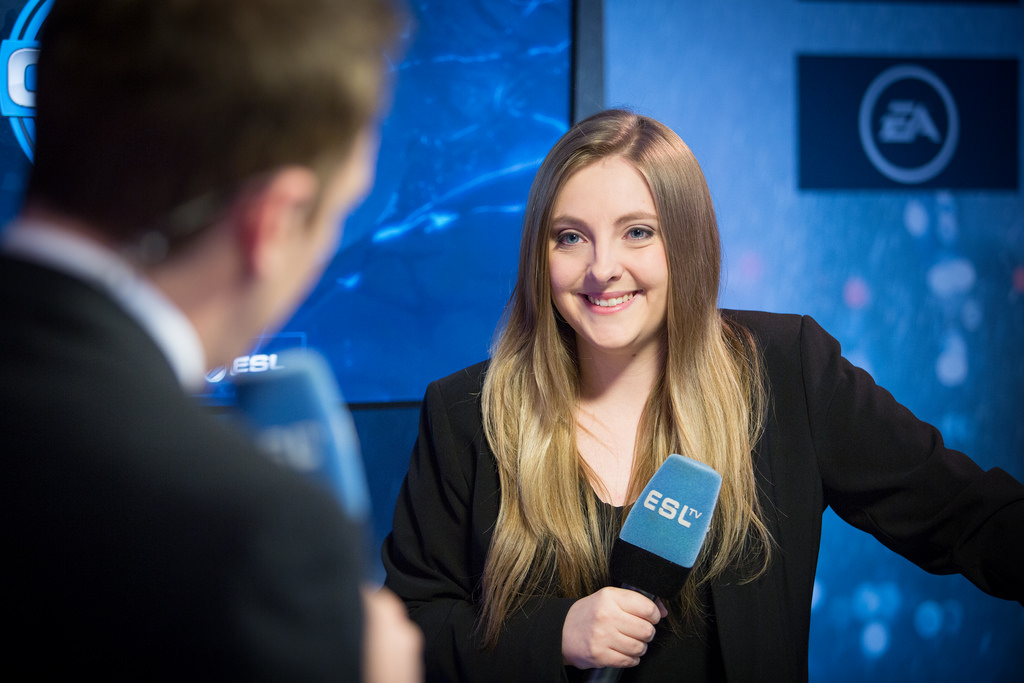 2K’s upcoming four-versus-one action title Evolve is inching closer and closer to its official release date in February, but we just can’t wait that long! As a result, we sat down with Lauren “Pansy” Scott to get some insights about gameplay, talk about her impressions of the game and discuss which playstyle she prefers when engaging the ever-evolving monster.

ESL: Before you got a chance to the play the game, what were your first impressions of it?
Lauren “Pansy” Scott: I had a lucky sneak preview when I visited the 2K Germany offices so I already knew this game was going to be awesome. However, I didn’t expect to have the same immersive experience outside of the 2K offices.

To clarify, when you are in a LAN environment with your teammates next to you, it’s pretty intense, but I still had that same feeling even while playing from home with my online friends. That, to me, was what my follow-up impressions consisted of.

ESL: Did you play Left 4 Dead before getting into Evolve? If yes, do you think it informed the way you played Evolve?
Pansy: I did play L4D and L4D2 before getting my hands on Evolve, but I felt more of a correlation with previous, more ‘team-based’ games that depended on cohesion and teamwork. I say this due to the fact that in L4D, as much as it was a team-based game, didn’t need one player to do one specific job, which meant it was a little less dependant on individuals – people could help each other out in a more standard way.

However, in Evolve you need your medic to be focused on keeping everyone up, you need your assault to have faith in his team to keep him standing and doing the damage, and only when your trapper has done their bit to catch the monster. Evolve is an experience very unique to itself, but I find there are some relations to old school games like Enemy Territory or maybe Team Fortress 2, to an extent.

ESL: Any insider tips for people playing the game for the first time?
Pansy: Think about your composition, what your main job is and how can you help your team. Don’t walk into a game thinking you can win by yourself – it’s a team game, and you need your teammates as much as they need you.

ESL: Monster or hunter – which do you prefer? Which specific monster or class have you claimed as your own?
Pansy: I have been a medic since Enemy Territory days for over seven years now – my heart will always be within that specific job. I love being able to make sure people are able to do their job, support from the background and do the dirty work. I love the hunters overall, but as I said – medic all the way.

ESL: What’s your opinion of the game’s balance as of right now? Do you think one side currently has the balance tipped in their favor?
Pansy: The funny thing was, depending on who you were watching during the alpha/beta test, people assumed it was biased. I made a point to play hunters as much as possible and kept a 100% win rate.

So inevitably the cry from Twitch chat was that the game is biased, so being the idiot I am, I switched to monster and did the same with a 100% win ratio. The point being – it’s the player, not the character. The limited amount of hunters and monsters available during the playtest are still very balanced.

You could watch a CS:GO professional player AWPing versus ten newcomers and people would scream for change, but you put him 1v1 with someone of equal skill and you have a great match.
Point being: how can people cry for change before the game has been played and a meta has been set? Simply put, they cannot.

ESL: Looking at the currently revealed characters, can you single out anyone as an instant pick?
Pansy: I love being a medic, so the character I loved playing was Val. Her medic setup is fantastic. Nothing too strong but you still feel you have a good impact on the game and in a diverse way. Not only can I heal passively to counteract the damage the monster can cause, but I can affect the direct battle by landing two or three tranquilizer darts in succession to allow the trapper to put the dome down again.

I wouldn’t recommend Val to someone who doesn’t love the way a medic changes the battlefield, but if you love being the oil to the engine, it’s worth a good play.

ESL: Do you have a favorite monster from popular culture you’d like to see in the game?
Pansy: Bring me Stay Puft Marshmallow Man.

ESL: How long do you think you’d last if you were a hunter in the Evolve universe?
Pansy: I would be dying in a plant within seconds. However, I won’t die to the crocodile like Jason Kaplan does, at least. 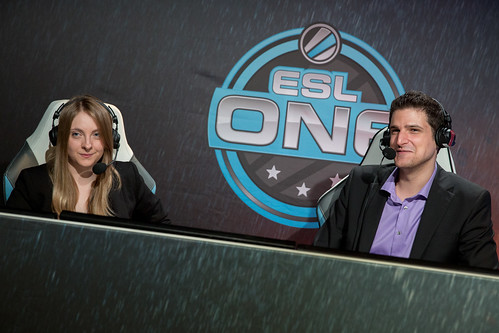 ESL: What are your thoughts on Evolve’s competitive esports potential?
Pansy: I still stand by the fact that very few games can ever start out as a esports title. You need a community, and a strong one at that. Competition comes from your pub servers, your matchmaking and eventually joining in on tournaments. It has to be natural, and I think that Evolve is still too early to call an esports title. However, it has everything that could take it there (aside from a spectator client).

ESL: Can you see yourself commentating Evolve games in the future?
Pansy: If they let me.

ESL: What excites you most about the game’s upcoming release?
Pansy: Trying to not die to plants.

ESL: Thanks for the interview, Lauren!

You can check out Lauren’s playtesting experience in full here if you want to get a closer look at Evolve, and you can also head over here for Jason Kaplan’s.