ESL One Cologne 2017 preview – who are the favorites for the title? 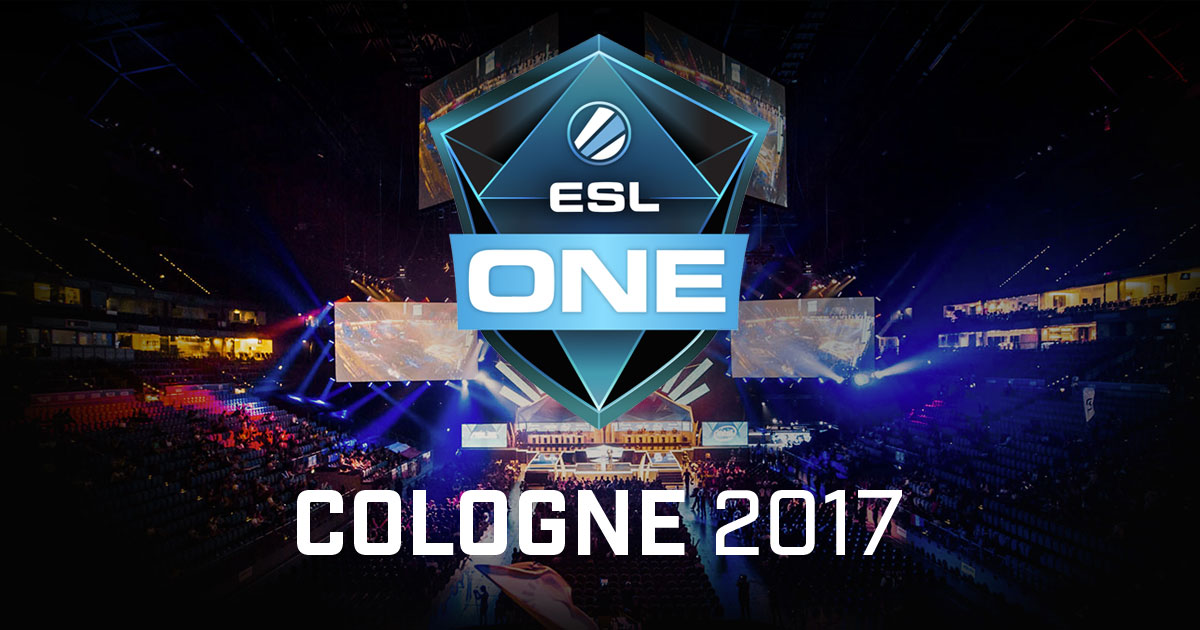 This year, ESL gave the teams the chance to decide on the group stage format themselves via vote. Ten out of the sixteen participants voted for the Swiss system.

Group stage matches will be played at ESL’s Studios in Cologne from the 4th – 6th of July. And the Lanxess Arena once again plays host for the event during the playoffs from July 7th – 9th.

Coming into the tournament, we have three elite-tier teams and clear favorites in G2, SK Gaming and FaZe. Especially the dynamic between those three giants is fascinating.

G2 and SK have met four times recently and the French have won all of those encounters. FalleN has difficulties adjusting to G2’s style. Just recently, the two teams met in the semi-finals of EPL Dallas, and G2 won quite convincingly.

On the other hand, FaZe and SK have also played four matches, and SK were victorious at three of those. The sample size between FaZe and G2 is too small to draw conclusions, only one match which FaZe won. But it could very well be that the counter for each of those three teams is one of the other.

Up until the EPL Finals, 2017 has been coldzera’s year. The Brazilian terminator terminated everything that stood in his way. But Dallas was underwhelming for his standards. Look out for him to bounce back in Cologne.

FaZe have been quite inactive in recent months. It’s tough to say exactly where they’re at right now. They failed to make it to Dallas, but that was online, no reason for panic. Karrigan surely used the time off for preparation. My guess is we’ll see a fresh and fierce FaZe in Cologne.

It took G2 longer than expected to find their stride. But now they have, and they looked scary in Dallas. They beat SK and North and made it look easy. They probably still haven’t reached their full potential, which spells trouble for the CS world. They could very well become the new number one. Cologne will tell us more.

Can G2 grab the first title that counts towards the Intel Grand Slam?

Right behind the three top dogs we have another trio in North, fnatic and Virtus.Pro, in that order.

North has been up and down, well more down than up in 2017. k0nfig is in tip-top shape right now. He single-handedly carried his team to the finals in Dallas. But if the Danes want to beat the likes of G2 at ESL One, they’ll need Magisk to find his incredible form from last year again.

olof pointed out in an interview that fantic’s progress is slower than anticipated. Still, the Swedes are steadily inching forward. A solid top six placing seems reasonable.

Based on recent performance, VP could also be listed in the ‘underdogs’ column. The only reason they aren’t, is due to their ability to turn it up a notch when it counts. Even the title is possible if they show it in Cologne.

The same goes for Na’Vi. They should be among the favorites, but there’s no sugarcoating this, they appear a dead team. Time and again, they fall to far inferior teams. If they don’t turn things around in Cologne and the Major, the Ukrainians will find themselves beyond fixing.

NA representation Cloud9, OpTic and Team Liquid all possess upset potential. Especially Liquid has evolved under NA’s best IGL, stanislaw, and should have the best chance out of the three to reach a high placing. C9 probably have the edge when it comes to individual skill alone though. shroud’s retirement plans came as a shock to the community, and he has been his team’s worst player ever since. What will he show in Cologne?

OpTic still haven’t found an IGL, which should eliminate them as a true threat in Cologne. The hometown heroes from mouz have yet to play in front of the Cologne crowd in the Lanxess Arena, and man would that be a treat! But again, they have a tough task ahead of them. If we want fire in the arena, we ought to pray for denis & Co.

Immortals have changed players recently, kNg came in for fnx. As unlikely as it seemed, they have improved. The new player is ridiculously skilled, and could become one of the best AWPers in the world. Devastation awaits in Cologne when kNg and HEN1 both swing the big green!

Heroic lost their star-player last month, but es3tag is an exciting replacement. The Danes showed what they are capable of at SL i-League a few months back, but won’t be underestimated in Cologne, which will make an upset that much harder.

Pay attention for BnTeT and XANTARES. The two best players from the underdog teams.

Tyloo are the dominant force in Asia, and BnTeT the dominant player. These guys are incredibly skilled, but lack in the tactical department. Each time they come to the west, the question gets asked anew: have they fixed their tactical inadequacy? So far the answer has been: No! In any case, their matches always supply entertainment due to their unpredictable nature.

Last but not least, the Space Turks. Their prime Soldier XANTARES is a force of nature. And newest addition Calyx knows how to click on heads too. Maybe it’s even unfair to list them as underdogs, but they simply haven’t had enough opportunities to show what they can do on a LAN environment. Big things possibly?

Even better: come to Cologne and experience live what top-notch Counter-Strike feels like in the Lanxess Arena, the world’s most iconic esports stadium. You can purchase your tickets here. Be quick, tickets are selling out fast.