ESL Arena returns to EGX for a second year 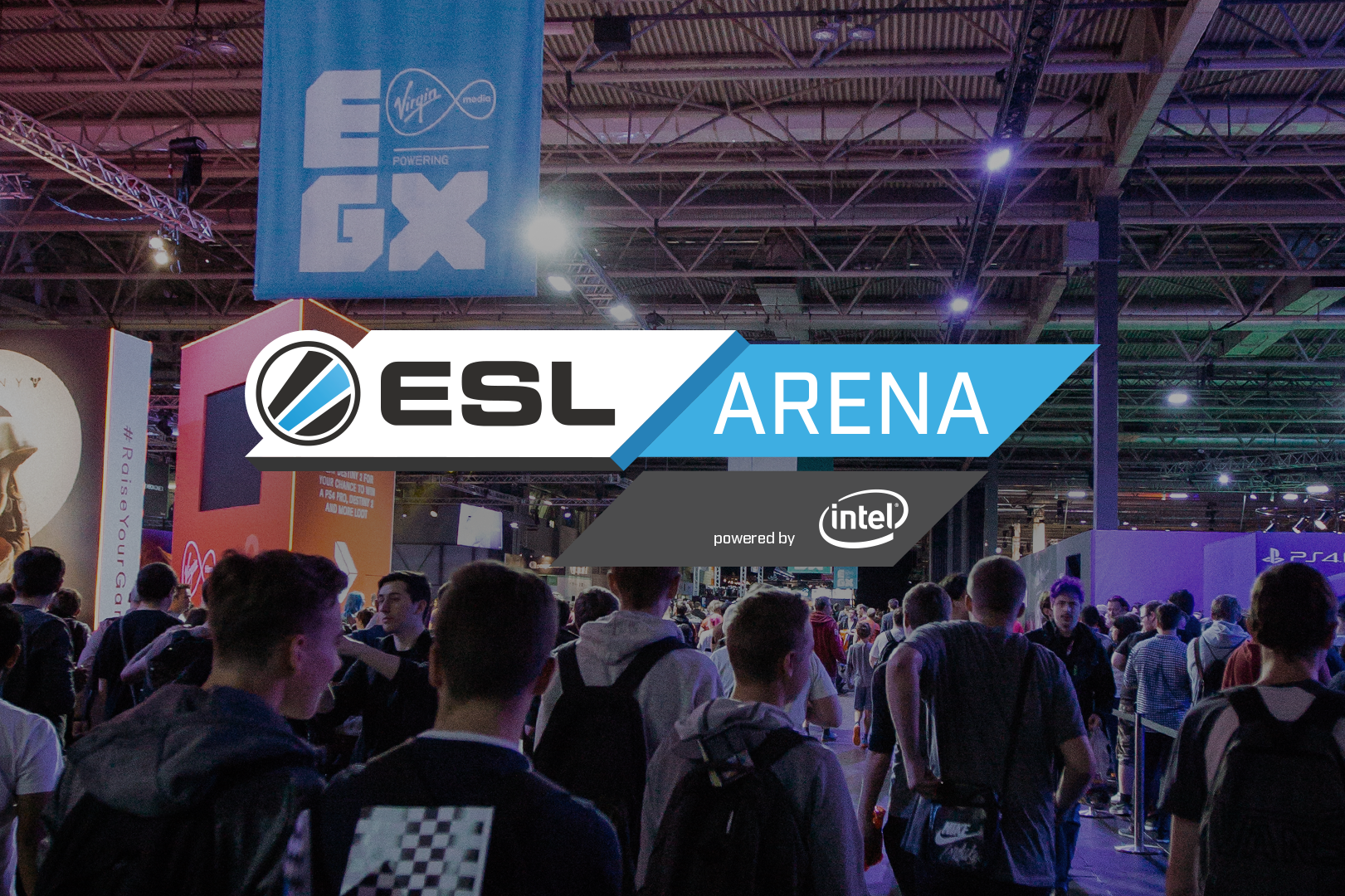 ESL UK will partner with Intel to bring the incredible ESL Arena to the EGX gaming festival for a second year in a row.

After a hugely successful debut in 2017, the ESL Arena and the Intel Experience Zone will return to EGX with more competitive action and more bleeding-edge technology. The show takes place from 20 to 23 September at the NEC in Birmingham.

For the first time ever, the Hearthstone UK Premiership finals will take place live on stage at EGX. Sixteen players will compete in the fifth season of the ESL UK Hearthstone Premiership, but only eight will make it through to the live final at EGX – where they’ll compete for the championship title and a slice of the £8,000 prize pool.

The ESL Arena will offer space for thousands of fans to view their favourite teams and players competing in top-tier esports action in a selection of the industry’s biggest and most exciting games.

Alongside the competition stage, the ESL Arena will feature exhibition space that will show off incredible PC hardware that will give gamers the chance to get hands-on with today’s top esports titles.

That’s not all that the ESL Arena will offer in Birmingham this September. ESL and Intel will be launching a competition to find the UK’s best young casting talent. The winners will join ESL UK and Intel at EGX to work with our professional teams on the esports competitions that take place at the festival. They’ll also have the opportunity to work with ESL UK on rounds of the semi-professional ESL UK Premiership. If you’re a budding caster and want to enter, head to esl.im/futuregencomp for more information when the competition opens on Thursday 12th of July.

It’s all part of ESL and Intel’s celebration of an incredible year of esports in the UK – and ESL will be talking to some of the biggest names in the scene to find out how competitive gaming in the UK has grown and changed. They have already released a teaser of an explosive chat with Paul ‘Redeye’ Chaloner, and the full interview – where he discusses his love for the UK esports scene will be released soon – can be found at esl.im/youke. And, if you’d like to share your thoughts on UK esports, simply use the #yearofukesports hashtag.

James Dean, Managing Director of ESL UK:
“The ESL Arena at EGX is the largest esports activation in the UK, with over 5000m2 of competitive action, brands and booths to visit. We can’t wait to get stuck into our second year at EGX, where we’ll meet old friends and create new fans. We can’t reveal everything right now, but I that more fantastic plans will be announced soon.”

Scott Gillingham, Intel UK Gaming and Esports Lead, is enthusiastic about heading to EGX:
“We are excited to announce that we will be returning to EGX 2018 with ESL UK – because Intel is committed to growing esports and gaming across the country. Alongside our partnership with ESL UK, we will continue to invest in the community with key activations like EGX. Alongside our state-of-the-art esports stage, we will have the Intel Experience Zone as well as a host of key partner activities that showcase the world’s best gaming technology. We are bringing more exciting activations to the arena this year, so stayed tuned – and we’ll see you at the show!”

More events and competitions for the ESL Arena will be announced soon on their dedicated site, esl.im/eslarenaegx. In the meantime, more information can be found by following ESL UK on Twitter, Facebook and Instagram, and by using the #ESLArena hashtag.