A name considered as Counter-Strike royalty 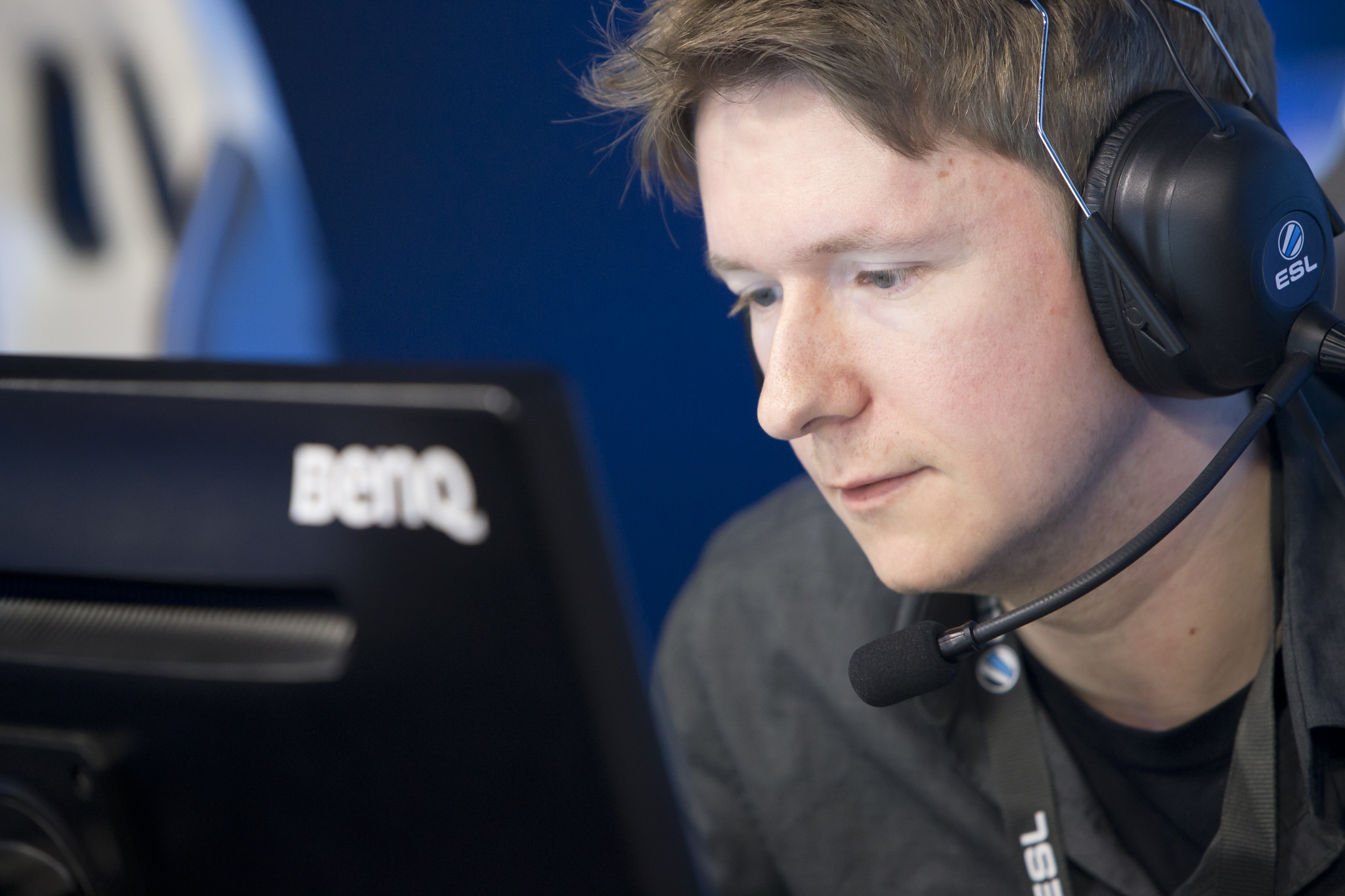 This summer’s inductee to the Esports Hall of Fame, started his esports career on the first day of Counter-Strike.

In 1999, on day 1 of the first Beta, a young American, Kyle Miller, downloaded the game for the first time and joined a server. He chose the moniker «Ksharp».

“«Ksharp» as a name is considered Counter Strike royalty. Kyle`s abilities far exceeded the way players at the time thought about the game. He broke the rules for the sniper; his mastery of the quick scope, at the time an unknown concept, changed the way the weapon was thought of and used”, said Jason «Moses» O`Toole, one of the most recognized CS commentators.

His impact in the early days of the American scene could only be described as «total», according to Jason «Alchemist» Baker.

-If anyone would ask about CS configs, the answer was always «Just use Ksharps».

The story of Kyle «Ksharp» Miller began in Illinois, USA. As a child, he followed his family to Pennsylvania and Virginia before moving abroad, where he was exposed to the international culture of Greece, Bahrain and Costa Rica before settling back in Tennessee – where Miller as a high school student discovered Counter-Strike on the day of the game`s release.

“I started playing the first day of Beta 1 all thanks to someone coming into the team fortress server I was in and spamming the download link for a new mod that had just come out.  After playing a few rounds and killing mostly teammates I was hooked. Once I joined a clan and started playing other teams in Beta 2 I really got hooked on the competitive side of it”, said Miller of his first run at CS.

Competitive Counter-Strike grew out of the basement of the Hyatt Regency Hotel in Dallas, Texas. The city was home of the CPL, The Cyberathlete Professional League, the most important tournament organizer of the first era of esports.

To get to his debut in the «big time», Kyle «Ksharp» Miller, needed help from his mother, who drove him six hours to Dallas to compete. With the support of his parents, Miller`s star was on the rise as the best player in the North American scene. He was part of X3, a legendary team that was unmatched in the US.

At Winter CPL in 2001, X3 would finally face the consensus best team in the world: NiP from Sweden. Their clash in the final of that tournament was widely watched and became an instant classic in a young sport that needed big moments and common points of reference.

“We were coming from the loser`s bracket and had to win twice on Nuke. It was the definition of an uphill battle”, said Miller.

The match was the definitive breakthrough for American Counter-Strike. While Miller and Ksharp lost the tightly contested and very close encounter, it showed that CS was now bi-continental – well on its way to become a global phenomenon.

“We won the first map in overtime and almost won the second, losing only by a round. I was very proud of our team for fighting back even though we did not manage to win it all. I think it let the rest of the world know we were a legit competitor and it was the beginning of a rivalry that would go down in history.”

The result gave Miller and the Americans the confidence they needed. And six months later, it was «Ksharp» who could raise the trophy at Counter-Strike`s most coveted competition. He won Summer CPL 2003 with Team 3D.

Team 3D piled on another achievement a year later as the Americans won the World Cyber Games held in South-Korea. WCG used a new iteration of Counter-Strike, called Condition Zero, and «Ksharp» became it`s first (and only) champion. In the latter stages of the tournament, Miller got to exact revenge on some of his Swedish rivals from the NiP vs X3 match a few years earlier.

“I think the one thing that everyone will always remember about the tournament is David «moto» Geffon being stuck behind a box on Inferno and winning a 1 on 4 in the pistol round. It was the craziest round I have ever seen in CS, let alone in a huge stakes match vs one of the best teams in the world. That really helped boost our morale and was a real blow to theirs. After finishing 2nd to the Swedes at WCG 2003, it was finally time for our revenge!” 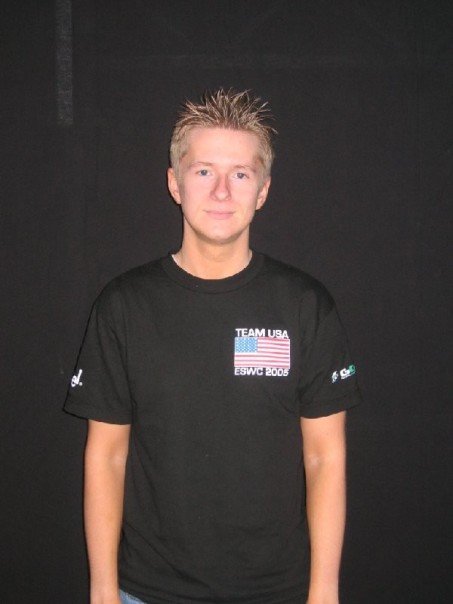 The WCG and Team 3D would mesh well. The next year, in 2005, «Ksharp» would secure his third major championship, in the third iteration of Counter-Strike.

To get there, Miller and his team mates had to get through their red hot American rivals from Complexity – a team that had been assembled in part to rid the US of Miller and 3D`s grip of dominance over the North American scene.

“When I first started following Counter-Strike my preferred weapon was the AWP, and my favorite player was «Ksharp». He epitomized everything great about the scene and greatly motivated me to build a squad to compete against him. In my eyes, he was already a legend by 2004”, said Jason Lake, founder and owner of Complexity.

However, it was Miller and Team 3D who prevailed in the qualifier, which curiously used CS 1.6 despite the main tournament forcing Source.

“I was proud of our team for making the most out of a wild situation and adapting to show a mastery over two different versions of the game.”

Despite winding down his professional career by 2006, Kyle «Ksharp» Miller, was drafted onto Team 3D in the Championship Gaming Series (CGS) where he continued to ply his AWP over two seasons of live televised competition.

The CGS discontinued operations towards the end of 2008 and left American CS in a state of disarray. At the same time, Kyle «Ksharp» Miller, decided it was time to retire from top level competition.

Multiple world championships across several iterations of the game, and some 8 years at the highest levels of competition has put Kyle «Ksharp» Miller in the Esports Hall of Fame 19 years after he first tried Counter-Strike.

“He is one of the humblest players to ever grace the game. When you speak to him of his past you almost don`t believe he was effortlessly dominating an entire region. But he is quiet, unassuming, and almost hopes he can`t be picked out of a crowd. He is the guy who would go out of his way to help you, the guy who would casually talk at the bar, without ever telling you his legacy as a Counter Strike world champion”, said commentator Jason «Moses» O`Toole.

Kyle «Ksharp» Miller`s induction to the Esports Hall of Fame presented by paysafecard will happen on Sunday July 8th at ESL One Cologne.

About the Esports Hall of Fame presented by paysafecard

The Esports Hall of Fame presented by paysafecard will honor competitors, contributors and great moments from the history of esport. Located in Cologne, Germany, it will induct several persons every year to honor their achievements during the rise of competitive gaming.