“Bringing the Norwegian flag back to CS:GO majors is awesome”: Rubino talks ESL One Katowice 2015

LGB eSports was one of the big teams at Katowice last year (before KRiMZ and olofm joined Fnatic). Now the organization is back with a new team. After leaving London Conspiracy, they have not only found a new home but succeeded in the offline qualifier for ESL One Katowice. We got to speak to Rubino, team captain of the Norwegian team, in the leadup to the 2015 event.

ESL: Congratulations, Ruben, on earning a spot for ESL One Katowice 2015 at the offline qualifier. You’ve also brought Norway back to the CS:GO majors – how does it feel?
Ruben “Rubino” Villarroel: Thank you for that! Bringing the Norwegian flag back to CS:GO majors is awesome. It gives us a lot motivation to be the only team from Norway, so basically we’re representing our nation by ourselves, which is awesome. It also feels good to be back after missing the last major last year!

ESL: You won both of your matches at the offline qualifier. Did you think it would work out this way when you saw your group for the first time?
Rubino: When we saw our group before we went to the qualifier, we felt confident. We knew it was going to be hard, but we thought if we played our A-game that everything should work out. We thought the first match versus CPH Wolves was going to be harder than it was. We felt that we really had this match all the way through and were really satisfied with our game as we had been struggling on de_inferno 1 week before the major. Versus Flipsid3 was the same – we knew how they played since we had played them some days before the offline qualifier, and I think that helped to push the match into our hands.

ESL: The former LGB eSports team was able to reach the semifinals last year at Katowice, only to be stopped by eventual winners Virtus.pro. What are your goals for this year? Do you think you could do as they did?
Rubino: The former LGB team was indeed one of the best teams last year – they had a lot of skill and were probably one of the most entertaining teams to watch. Our goal is to get out of the group stage and work from there. We haven’t been a team for a long time – we brought polly in like three weeks ago – and I think we’ve improved a lot after this, but get to the top eight and take everything after that would be a bonus! 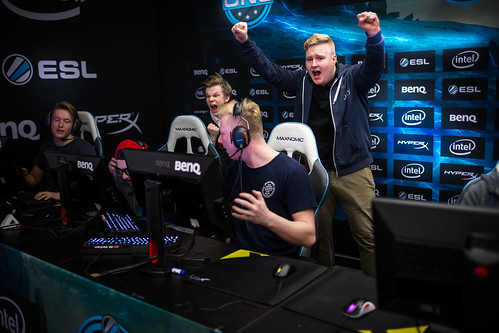 ESL: There will be quite a lot of new faces around for this CS:GO major. Which team surprised you the most from those who qualified?
Rubino: I was surprised by many teams like CLG, Keyd Stars and Vox Eminor, for example. I knew about these teams and that they were really good, but I didn’t know for sure that they would get straight in from a 2-0 victory as CLG and Vox Eminor did. But I think it’s awesome for the scene to get new faces, and new players and organizations to get the chance to participate.

ESL: Your organization missed the last major. How much does it mean to the higher-ups in LGB to see their logo as a CS:GO sticker once more?
Rubino: Missing the last major was terrible, for me at least (and probably my ex-teammates), but after that we talked about it and found out what the problems were, and were really motivated to get back to where we wanted to be – at a major. You definitely don’t want to be away for two majors, so we’ve been playing a lot and have all our focus on improving. The dedication has shown results, and representing LGB and getting an LGB sticker is nothing but awesome!

ESL: The victory of Virtus.pro last year was more or less the perfect dark horse story. Do you think something similar might happen again this year or do you see one of the big teams taking it?
Rubino: I’m pretty sure Virtus.pro will be strong again for this event as it’s in their home town – everyone will be cheering for them and stuff like that. I’m looking forward to watching NiP with allu in the team as well as TSM – I think those two teams could win it all. I really feel for TSM – they have been struggling a lot in the semis, but they play beautiful CS and I really hope they can get far!

ESL: What do you have planned in order to be 100% in shape when ESL One Katowice kicks off?
Rubino: Many hours of playing deathmatch, watching demos and practicing as a team!

ESL: Taking a look at the full field of teams, is there any team you would love to play in the group stage and/or is there one you’d like to avoid?
Rubino: To be the best you need to win versus the best, so basically I will face anyonel, but if I could pick someone I think it would need to be either Virtus.pro or HellRaisers in the group stage – I think those matches would be awesome to play 🙂

ESL: The fans at the Spodek arena are well known for pushing their favorites quite hard. Do you have anything planned to get them on your side?
Rubino: It will be hard to get the fans on our side if we’re playing versus the Poles, but we will try and show the Polish fans what we can do – maybe some new tricks or sexy Counter-Strike will be enough to get at least some of the fans to cheer for us! 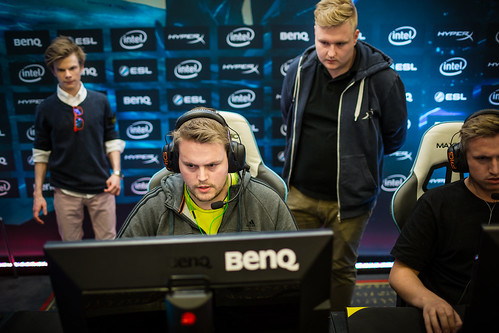 ESL: Thank you for your time, Ruben. The final words belong to you.
Rubino: Thanks for taking the time to interview me! I will also like to thank LGB for being an awesome organization and the management behind it!

From March the 12th to the 15th you’ll be able to see how Rubino and his team do at ESL One Katowice 2015 – make sure to follow ESL Counter-Strike on Facebook and Twitter to stay up to date before, during and after the tournament!