Between stars and newcomers: looking ahead at the European Hearthstone Championship in Prague

The road was long and hard, but now the online portion of the tough journey to BlizzCon is over for Europe’s top cardslingers. Out of 566 players, eight have been determined to be elite competitors, and only four will keep their dreams of the BlizzCon World Championship stage alive – who’s it going to be?

Na’Vi vs. Na’Vi to headline Group A

The yellow and black jerseys of the star-studded Natus Vincere team are still an unfamiliar sight in Hearthstone. The Ukrainian organization got involved in Blizzard’s virtual card game phenomenon only a few weeks ago, having scooped up XiXo, Hoej and Ostkaka, and now their colors might very well make it all the way to Anaheim.

The two stars who made it to the top eight in Europe are not the biggest streamers or names in the Hearthstone scene – but they are known as solid and fearsome tournament players. The Danish Hoej saw his star ascending at the second Viagame House Cup back in March 2015. Back then, the open bracket warrior shocked the gathered elite in the event’s innovative format, scoring himself wins against Inderen, Kolento, world champion Firebat, ThijsNL and Taiwanese hope Roger on his way to his first major championship. Since then, he’s been part of the upper echelon of the competitive Hearthstone scene, getting a respectable score at the DreamHack Summer 2015 Swiss tournament as well as adding the Gfinity 2015 Summer Masters II trophy to his resume.

His opponent – and teammate – in the first game Ostkaka might not have any gold medals to show for his skill but he does have a silver placement at the SeatStory Cup 3 and the respect of the entire pro scene on his side. The former ROOT Gaming player was one of the best-kept secrets of the Hearthstone community before his stunning performance at the TakeTV studios in Krefeld, Germany made him famous throughout the scene. Since then, the talented Patron Warrior player and combo specialist hasn’t had the same success, but a trip the to the European Regional Championship and maybe even the World Championship will definitely make up for that. 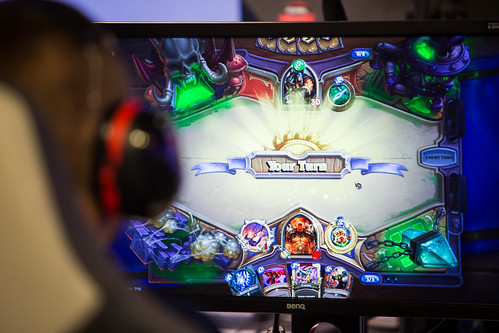 Outside the Na’Vi brand, two other big names are tossing their hats into the ring of Group A. The Benelux duo of ThijsNL (Netherlands) and Maverick (Belgium) will certainly be trying to stop the Na’Vi parade in its tracks. For DreamHack Bucharest champion Thijs, revenge is on the menu after he suffered defeat at the hands of Hoej in the semifinals of the Viagame House Cup #2. This loss prevented the talented and confident Nihilum player from winning back-to-back major championships at the start of 2015, freshly coming off the Bucharest event. Now the stakes are even higher, but the back-to-back hype can still be felt. Most recently, ThijsNL was part of the Nihilum team who won the Archon Team League Championships, and now he is on the verge of going back to the States for an even bigger opportunity – the World Championship. As added motivation, ThijsNL would not want history to repeat itself. Last year, his Road to BlizzCon ended prematurely at the European Championship against Kolento in a nail-biting 2-3 loss.

The first person standing in his way is Maverick, one of the dark horses of the European scene. The Millenium player is known to pretty much everyone in the scene, but the lack of English streaming presence has prevented him from attaining true star status. This is the perfect way for the European Championship point one seed to get his name out there and showcase the skill of the Belgian control master. Being able to out-decide his opponents in long, drawn-out matches has always severed Maverick well, leading him to several high ladder placements, the title at the GamersOrigin Cup #2 and the reputation of top dog within the French-speaking community. Can he follow up his number one placement in the European standings with a number one placement in the entire world?

New names, a returning star and a rope in Group B

The Road to BlizzCon is always a big event that sees the best from the Hearthstone scene compete. Not only does it give the popular and well-known players a chance to fight for the World Championship trophy, but it also presents newcomers and ladder warriors with a chance to play for the ultimate prize.

Last year, one of those newcomers at the European Championship was Neirea. The Ukrainian grew up in the giant shadow of his fellow countryman Kolento, but burst out of his bubble during the BlizzCon qualifiers. He was one of the hottest commodities coming into the tournament, only to see his dreams go up in flames and RNG at the Globe in Stockholm. Still, his name was out there and continued to circulate in the scene, with his run netting him a spot on Team Liquid next to stars such as Savjz and SjoW. The springboard that is the World Championship was glorious for Neirea, even though his star was not able to outshine his European competition – and now he’s back for another try in Prague.

Another one of those magical Cinderella stories from last year’s World Championship was that of Italian fan favorite Kaor. Coming out of nowhere, he defied the odds by eliminating MrYagut from the BlizzCon race and ultimately making it into the top eight in the world – only to lose to eventual World Champion Firebat. After that, he went on to play for SK Gaming before going into retirement, fulfilling his dream of opening his own store with the help of his BlizzCon prize money. Now another Italian from the team that prepared Kaor for the World Championship is setting out to become the new feelgood story of the event. Gera89 is looking to be the new Kaor, gracing the eSports nation of Italy with another good run. In the qualifiers alone he made a name for himself, beating known players like Cipher and Maverick on his way to getting his ticket to Prague. Now he will have to deal with even bigger competition in his group as he tries to make it to the United States of America to play for the Water Elemental trophy.

Third in the mix of Group B is a Russian standout player in the form of Pavel. The Russian might be the best chance for the CIS region to make a big splash in the European scene for a while, with him regarded as one of the top ladder players for quite some time. Sadly, due to his visa issues he was not yet able to attend LAN events, dropping out of the Gfinity event he qualified for as a result, but now that will all change. Claiming fourth place in the points standings after five months is already a solid statement, putting him ahead of the Na’Vi trio XiXo, Ostkaka and Hoej as well as decorated champions like Rdu, Orange and Savjz. Now he has to prove his skill at a LAN against some of the toughest possible opponents in Europe – can he become one of the four representatives for Europe at BlizzCon? 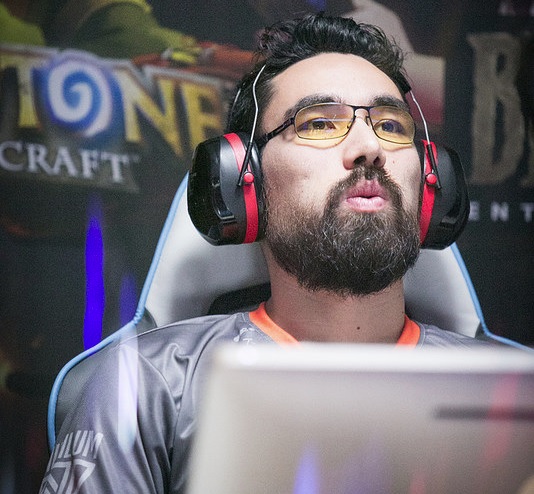 Last but not least of the elite eight? The Grandmaster of the Rope, former poker professional Lifecoach. His presence is a returning one at the European Championship as he was a part of this showcase alongside ThijsNL and Neirea last time around. Back then, he was mostly notable due to his past in poker as he hadn’t had the most outstanding success in Hearthstone yet. What a difference a year makes! Now he enters the competition as one of the premier Hearthstone players and most likely one of the favorites to clinch one of the four European spots. With his thoughtful and analytical approach, he has already been ranked number one in the world this year, having gone undefeated for an entire month and stacked up tournament victories like the Viagame House Cup #3, the Spring Edition of Kinguin for Charity as well as the Root Invitational. Now he is looking to become the first German to take the stage of the World Championship at BlizzCon – can he carry the black, red and gold flag into the Anaheim Convention Center?

The 2015 European Road to BlizzCon concludes this weekend!

The journey for Europe to the World Championship at BlizzCon comes to an end this weekend at the O2 Arena in Prague, Czech Republic. Tickets are sold out, but you can join us online over at our livestream on October the 3rd from 12:00 CEST and October the 4th from 14:30 CEST!

Be sure to follow @ESLHearthstone, @PlayHearthstone and #RtB2015 on Twitter to keep up with all the action, while for more information about the event itself head over to the official 2015 European Road to BlizzCon website.