Another underdog steps it up in Europe’s LCS Super Week 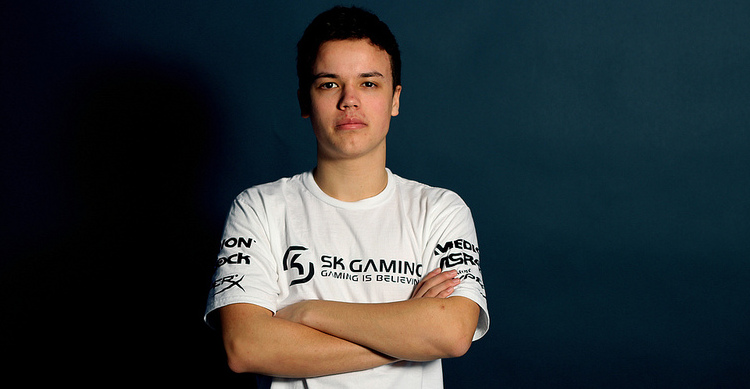 Another day of upset-filled League of Legends action took place yesterday during the second day of the European LCS Super Week. Below we’ve wrapped up the games that have been played.

The day started off with SK Gaming taking on Gambit. SK went for a ballsy late game full-AD team composition with Vayne, Lee Sin, Aatrox and Yasuo. The Russians established a lead throughout the first part of the match but struggled to close out the game.

Despite all being physical damage and having to deal with a gold deficit, the SK lineup utilized several ways of circumventing the armor stacking Gambit committed to and put up strong team fights. The late game was a series of hectic trades that culminated in SK sacrificing several members in exchange for a Baron, which led to Gambit closing out the game. Definitely one to watch if you missed it!

Millenium versus Copenhagen Wolves was quite highly anticipated as Millenium came off a winning streak but historically had a difficult time against the Wolves (0-4 in the spring split). In a game that had neither team build up any sort of major gold lead for almost 40 minutes, the Copenhagen Wolves took control of the map after winning a major team fight (perfectly initiated by Airwaks’s Evelynn) and picking up Baron. From this point on, they successfully kept sieging Millenium’s base and snowballed their advantage into a victory.

For Alliance against Supa Hot Crew, the polls had 90% of the community expecting an Alliance win. A close first 15 minutes ended in bloodshed as Supa Hot Crew won a major team fight in the dragon pit, which got MrRallez’s Draven going. They maintained this gold lead for several minutes until they managed to win a second fight, which netted them control of the overall game and eventually an unexpected win.

In their game against the Copenhagen Wolves, SK Gaming managed to rally after their loss against Gambit by completely stomping their opposition. They won the early game with a decently strong lead by strategically outplaying the Wolves and beautifully pressed this advantage. From the 14 minute mark on, SK’s Jax and Kayle combo started picking up kills left and right, which allowed them to practically two-man the entire enemy team throughout the early-mid game transition. After that, the game became a bloodbath that had fredy122’s Jax go 8/1/2 and Jesiz’s Kayle 10/0/4.

​Supa Hot Crew, after their celebrated victory against Alliance, had to play ROCCAT in the next match of the day. They started off on the back foot for the first 30 minutes or so, dropping to a 4.5k gold deficit. A failed Baron call by ROCCAT resulted into a triple kill for Selfie’s Kassadin and a near-even gold score. A second team fight showcased the strength of a well-fed Kassadin as Supa Hot Crew managed to secure the Baron and two more kills for Selfie. From this point on, they didn’t lose map control, extended their gold lead and handily closed out the game in 44 minutes.

The last game of the day was a biggie: Fnatic versus Alliance. Fnatic, having lost their first game of the week against SK Gaming, sought not to find themselves at 0-2 at the end of the day while Alliance needed to shake off their loss against Supa Hot Crew. The tone of the game was set quite early as xPeke’s Twisted Fate died twice within the first five minutes to Shook’s Evelynn ganks. This gave Alliance the lead they needed to secure map control, something they continued to hold on to. This, in turn, allowed Tabzz to uncontestedly ramp up his Kog’Maw. Systematic sieging resulted in Alliance snowballing the game to victory.

In our Fantasy league, Supa Hot Crew members are likely to increase in price as the team’s performance has been unexpectedly good. At the start of the week, the individual members were some of the cheapest to pick up, something that’s likely to change.

Individual strong performances came from Jesiz, Tabzz, Impaler and Selfie in particular. Even in their losses, they managed to come out with some reasonably strong KDAs. Impaler especially was one of the cheapest players to pick up in the entire Fantasy league at a starting price of $685 and is now the seventh best in terms of average Fantasy points produced.

So far, it have mostly been the last split’s lower ranked teams who performed in the Super Week. It will be interesting to see whether Fantasy players will opt to buy current performers next week or stick to the likes of Fnatic. Obviously, we still have the last day of the European Super Week to go, which includes some very exciting matchups!

Who will come out on top? Tune in to lolesports.com to watch the last European games of the week starting at 17:00 CEST!