Alliance are visiting the USA with H4nn1 as a stand-in while Evil Geniuses are back to their original roster with Fear, meaning you can expect both teams to have unexpected drafts. But who came out ahead?

Game 1: Whose lane is it anyway?

Evil Geniuses are known for having a huge hero pool to choose from and Alliance have new players in their roster, but that didn’t stop EG from picking AdmiralBulldog’s signature Nature’s Prophet for themselves. However, in true EG fashion, they didn’t even utilize the Prophet as a core, instead giving it to Zai as a support. PPD picked up Abaddon, EG’s other roaming support, leaving Arteezy as the mid Death Prophet, Universe as the offlane Jakiro and Fear as a farming core Visage. Against this all-out push strat, Alliance picked up Anti-Mage, Batrider and Brewmaster as cores with Crystal Maiden and Ogre Magi as the support duo.

The only thing you could expect from these lineups was that EG was looking to push with their four pushing heroes plus Abaddon to keep everyone alive – and pushing was the name of the game. Thanks to Prophet’s global early game presence, EG managed to get early kills and transitioned them into tower pushes. After 12 minutes, Alliance had already lost five of their outer towers and their only kill was actually a self deny from PPD’s Abaddon. But even though the game was a one way affair so far, it was too early for EG to threaten the barracks. This gave Loda’s Anti-Mage enough time to get his Battlefury online and accelerate his farm to first place on the net worth charts, ahead of the rest of EG. 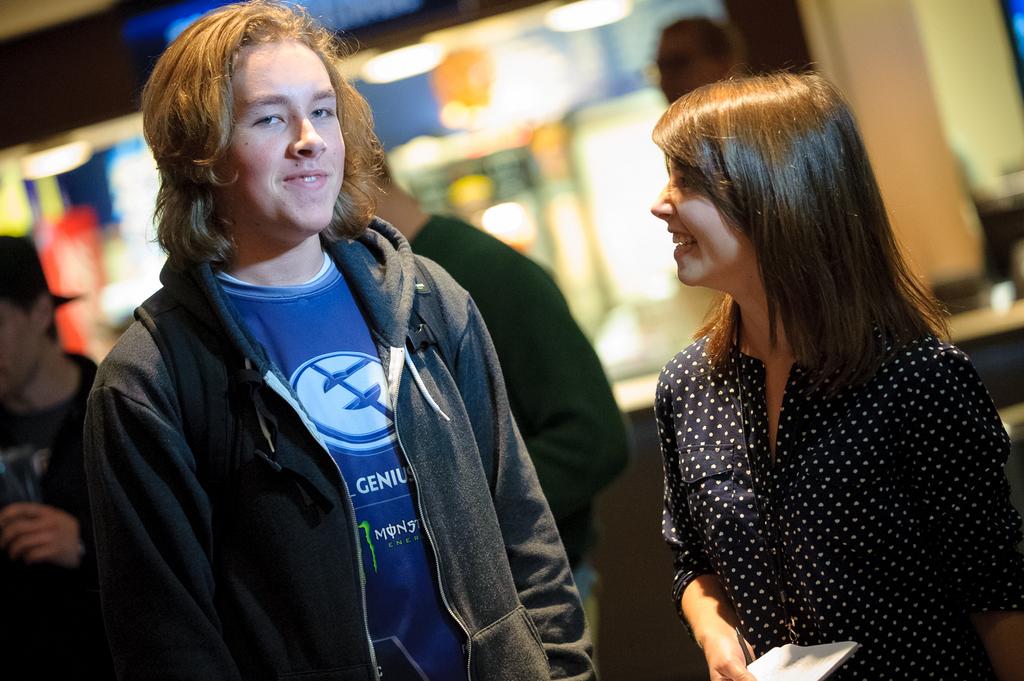 The unrelenting deathball pushes by Evil Geniuses did eventually cost Alliance two out of their three lanes. However, Alliance would manage to hold their mid lane and fend off the constant pushes by the Americans despite constant chants of “USA!” from the crowd. After repelling one those pushes around the 34 minute mark, they even managed to transition into a Roshan kill, giving themselves a lifeline for the next minutes. However, Loda’s own attempts at pushing out the lanes resulted in him losing the Aegis shortly after picking it up. With things looking extra grim for Alliance, they pulled another base defense out of the hat without Anti-Mage’s help and the gold and experience graphs started swinging in their favor.

After further fruitless deathball attempts from EG, they started to change their strategy from conventional pushing to split-pushing and backdooring the Alliance base, using their signature playstyle against them. While Anti-Mage was getting bigger and bigger, the chip damage to the towers and ancient was adding up and inevitably granted EG mega creeps after 45 minutes of sieging the Dire side. In a last ditch effort, Loda invested into a Divine Rapier, took down another Roshan and tried to take the fight to EG. However, the constant harass from mega creeps and summons took their toll and slowly brought down Alliance’s ancient, which put up an admirable defense but, in the end, could not hold on.

Game 2: Pushing is the name of the game

The lineups for game two might look different but at the end of the day EG was sticking with what works, using a different push strat by surrounding Death Prophet with a Venomancer core, Naga Siren support and Zai playing Enigma. To round it off, Universe got an Elder Titan for the offlane to amplify all of the team’s damage. However, this time around Alliance countered with their own pusher/carry and ESL One’s first Terrorblade pick. Rounding out the Radiant side was another Batrider for AdmiralBulldog, Necrolyte for mid and Silencer and Rubick as the support duo.

With the heavier pushing heroes in tow, EG again grabbed the early tower advantage, taking down all tier one towers by 20 minutes. But things did not spiral out of control as fast as in game one, giving Loda enough time on Terrorblade to get some utility items and go into a Radiance. Thanks to his strong split-push, Alliance would get towers of their own while forcing EG back over and over again and creating more space. When EG eventually did commit everyone to an uphill push at 30 minutes, they could not get more than one ranged barracks before getting teamwiped in the mid lane. Terrorblade’s overwhelming damage and big Rubick plays from Misery with a stolen Blackhole kept the game wide open. 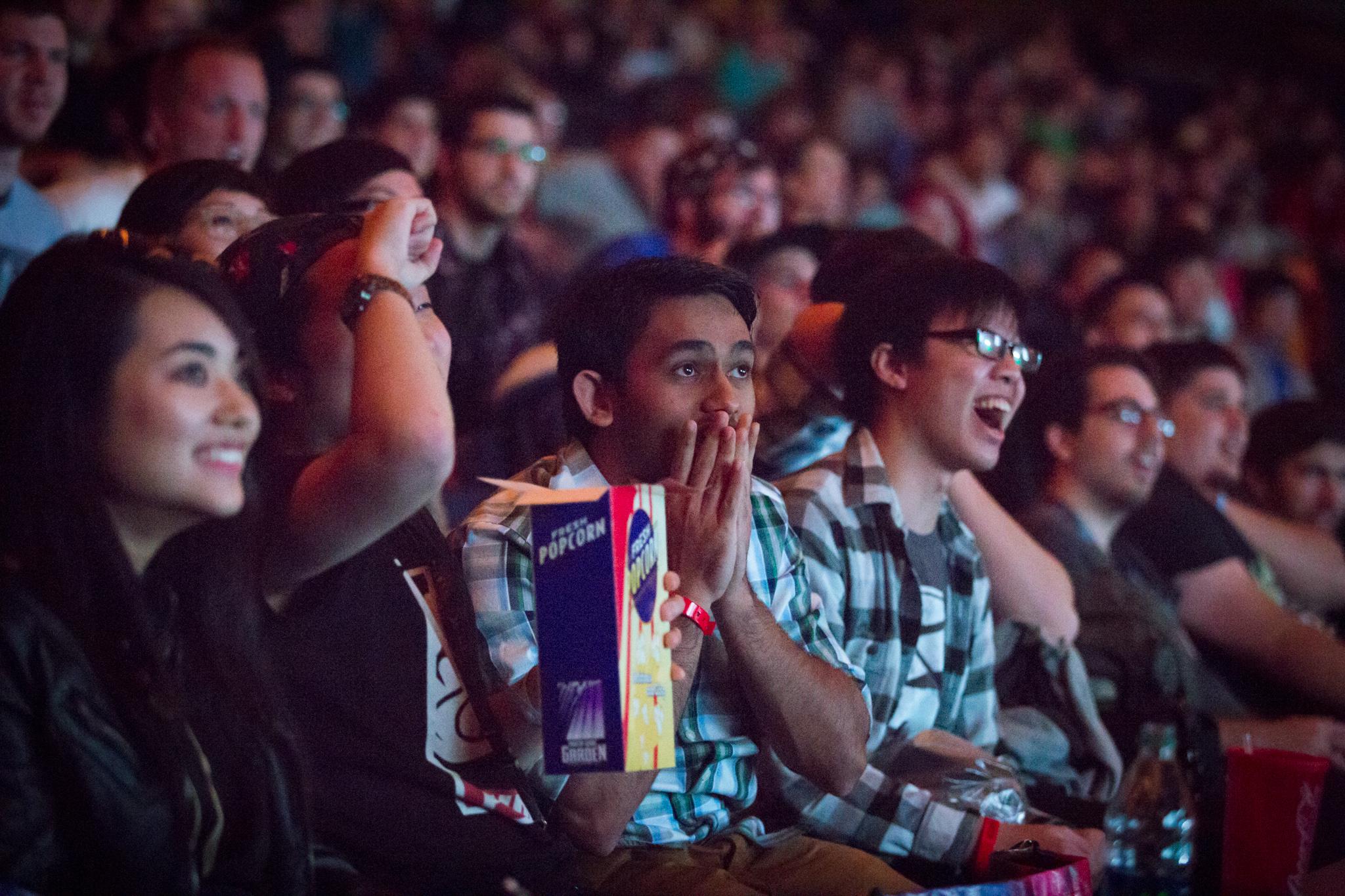 EG took one foot off the accelerator after that engagement and set their gaze on Roshan while Terrorblade kept farming up the lanes which were constantly being pushed into Alliance’s base. Around 40 minutes into the game, Loda’s five-slotted Terrorblade reached the point where his illusions were able to destroy EG’s base on their own by split-pushing, taking one ranged barracks on their own. With less than 30 overall kills in 45 minutes, EG mounted another deathball push to destroy Alliance’s melee barracks in mid lane, although without any credible success. However, the same has to be said for EG’s base defence, which repelled Alliance’s counter push without losing their base

With the game past the 50 minute mark, Evil Geniuses managed to finally get themselves the mid and top melee barracks on the back of a mistimed Glyph usage on Alliance’s side, but it was not enough the win them the game with momentum constantly swinging back and forth. The longer the game continued, the more buildings were lost for both teams. 65 minutes in, Alliance was left with one ranged barracks while EG still had control of two melee barracks. However, Loda acquired his second consecutive Divine Rapier and on his back Alliance managed to bring down another EG barracks, leaving both teams one building away from mega creeps. With the game on the line, EG tried to throw bodies at the last remaining barracks but H4nn1’s Aghs Refresher Necrolyte kept taking out the EG cores for 2+ minutes, giving Alliance the edge for the all-important final push, which saw them tie up this absolutely epic series at one game apiece! 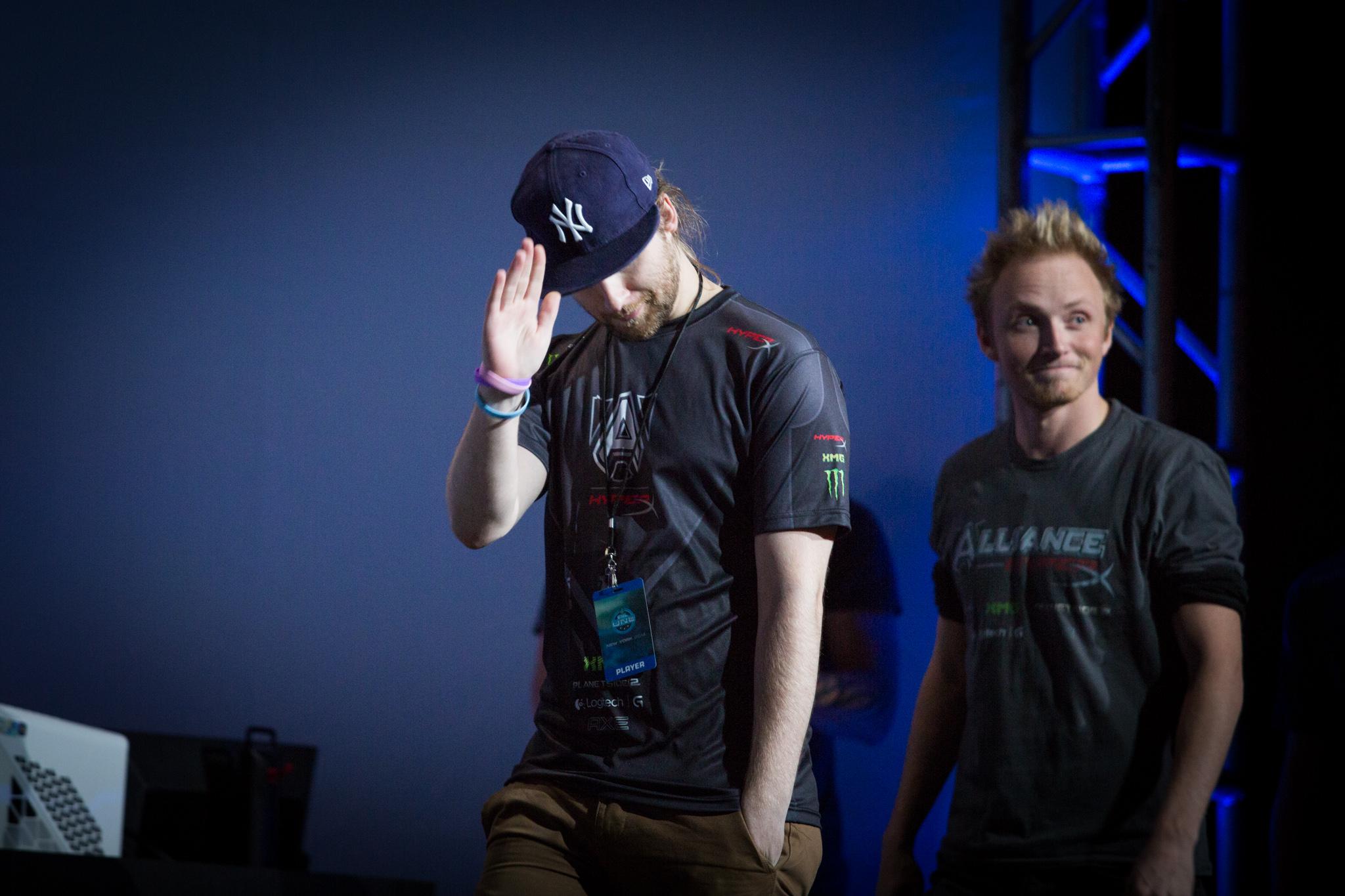 Game 3: The inevitable end to one of the greatest recent Dota 2 series

The first bans of game three said it all! No more Death Prophet and Terrorblade to choose from and a standard Razor ban meant that, after two heavy push strat games, it looked like both teams were taking their feet off the all-out push pedal. The real questions was “will Loda get a third Rapier in three games?” Looking at Alliance’s heroes, H4nn1’s Gyrocopter seemed like a more likely Rapier target, with Loda taking the mid lane as Faceless Void, Bulldog on the Clockwerk offlane and Akke and Misery as a the Visage and Vengeful Spirit combo. EG chose themselves a core Nature’s Prophet, mid Phantom Assassin and safelane Brewmaster with Bane and another Abaddon as roaming supports.

And as expected, no tier one towers fell early on, up until EG pushed down the bot tower 10 minutes into the game and decided to transition it into taking all the tier ones on the map. While EG had the early tower and kill advantage in their favor, Alliance did sneak in the first Roshan kill around the 15 minute mark. Unfortunately for them, they lost the Faceless Void with Aegis twice in the ensuing fight, giving EG a chance to increase their map control and gold advantage. When they finally decided to retaliate, things went from bad to worse for the Scandinavians and H4nn1. They ended up getting completely teamwiped by Arteezy’s snowballing PA after the team overextended past EG’s tier one tower in mid.

But, if the past games taught us anything, EG does have trouble closing out games, and even though they eventually took down all the outer towers, they did not mount an immediate high ground attack, giving Alliance a lifeline back into the game. However, while they weren’t pushing the Alliance base, EG proceeded to freely farm up their team all over the map, grab an Aegis on PA and continued to assemble big items on their heroes before starting to push into the Alliance base. Uncharacteristically for this series, the first real base push actually yielded immediate results, seeing Arteezy rack up a triple kill with the top barracks falling quickly in the meantime. Due to being on the backfoot for the entirety of this game, this was enough for Alliance to call the GG and bow out of the tournament after 32 minutes. This means EG come out on top of this hard fought series and advance to Friday’s semifinals! 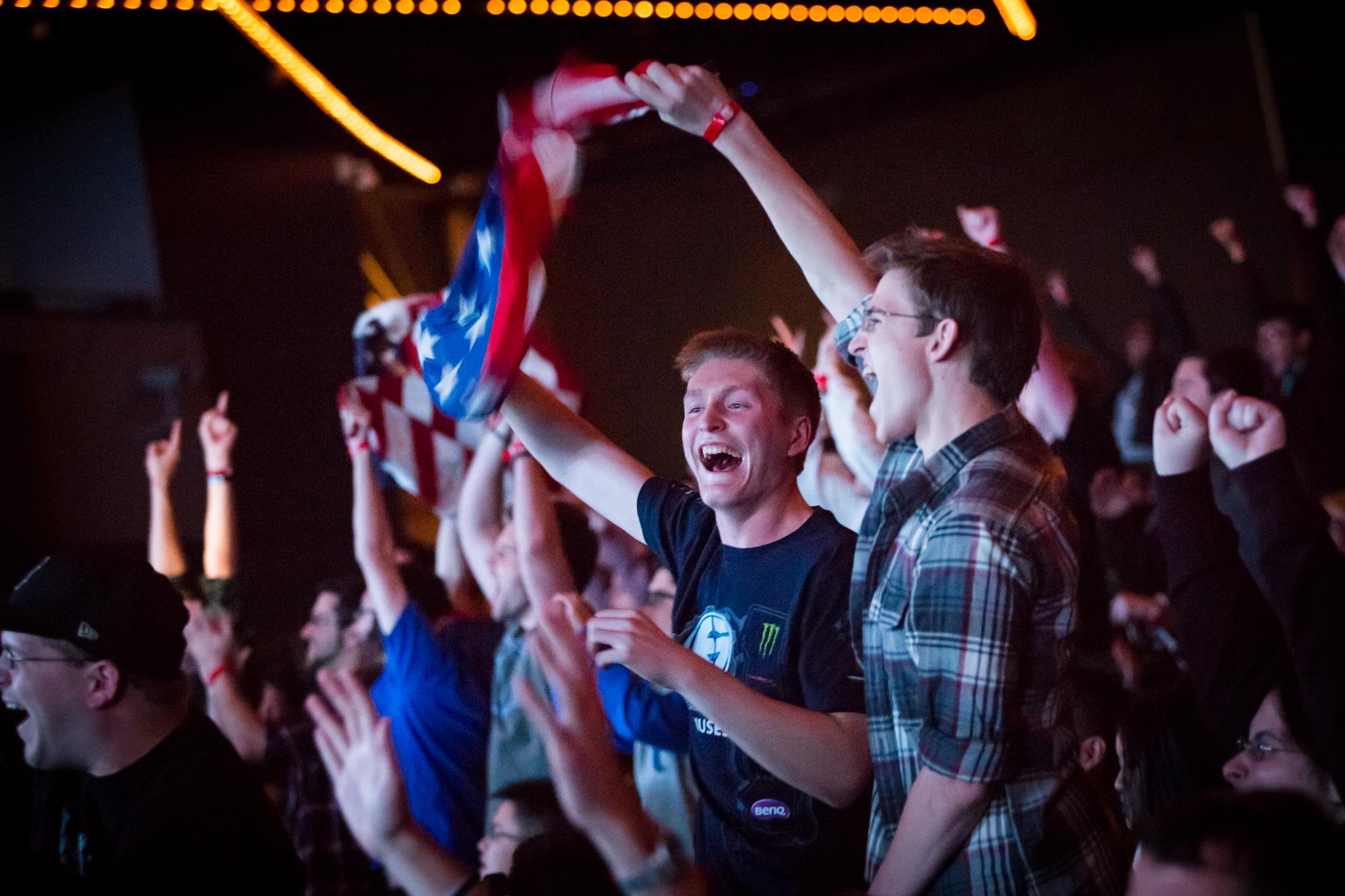 You can check out our previous recaps here:

For schedule and bracket information, streams in different languages and more, be sure to check out the official ESL One New York site. Additionally, if you want a chance to get your hands on some awesome loot, take part in our ESL One New York item bundle competition here!