Alliance are looking to bounce back at ESL One Frankfurt 2015 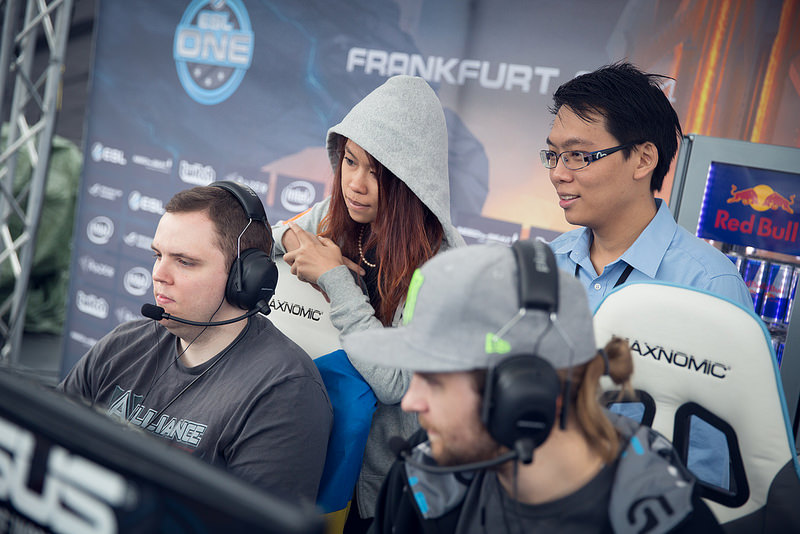 The ups and downs of Alliance in the last year are well documented. From bombing The International 4 to placing high in several high-profile LAN tournaments, consistency was not always the friend of the former TI Champion. Now they return to the Commerzbank Arena, the same place where they and Cloud9 stole the show just a year ago. In an unbelievably tense and exciting hour-long battle, the famed “r[A]t Dota” Alliance eliminated European rivals Cloud9 to get into the Top four.

Sadly for them, that’s where the journey ended for Loda, Akke and co. in the great arena of Frankfurt. Now they get their second chance at conquering the Commerzbank Arena, heading to Frankfurt as the winner of the European qualifier while also playing to show that Alliance is still a force to be reckoned with.

This time last year, the original Alliance lineup was still together, playing, split-pushing and winning in harmony. What followed was a year of inconsistency on the battleground as well as offline. With EGM and S4 leaving the team and AdmiralBulldog taking a leave of absence from the competitive scene, the Alliance core was reduced to Swedish friends Loda and Akke. Several stand-ins and temporary members were used, and former players were reactivated to help out for a few weeks.

Now, after a year of soul searching and plenty of roster changes, the Alliance seems to be back on track with five players they trust and can build a future on. Ironically enough, both new additions to the roster were present at the last ESL One in Frankfurt, just in a different positions or attire: carry player Pajkatt was still rocking his mousesports varsity jacket and slam-dunking people with his Axe while Frenchman 7ckngMad was breaking down the pro plays at the analyst desk.

From a disappointing outing at the European TI5 qualifiers to a thrilling runner-up spot in Austin, Texas, at the X-Games for the joinDOTA MLG Pro League Season 2, Alliance’s ups and downs are showing. The fact that team will be the first squad in history to miss The International as a former champion might motivate them, though, triggering an impulse to shock the world now more than ever. The high-flying grounds at the X-Games were only the beginning, with Alliance poised to return to the Commerzbank Arena and show the crowd how good they are. This tournament is their little TI, so expect them to play their hardest.

The classic split-push drafts with Furion or Lone Druid on AdmiralBulldog are a thing of the past for Alliance. As their X-Games performance showed, they can still cause plenty of frustration and movement from the opponent by resorting to their ‘bread and butter’ approach of taking objectives, but for the most part that element is in the background now.

The new Alliance – with 7ckngMad drafting – puts emphasis more on strong teamfights with cores like Shadow Fiend, Queen of Pain, Slardar and Leshrac, backing up those lines with solid supports like Shadow Demon, Io, Chen, Lion and Bane. To avoid their plans of fighting as a unit being disrupted too much, the Undying with his Tombstone, Gyrocopter with his Calldown and Io bringing people in and out of the fight are the highest priorities on their ban list. Block the enemy team from messing with your initial plan, fight them as five – Alliance stand in unity.

Despite the poor showing at the TI5 qualifiers, Alliance is still a threat no matter what competition they enter. They might not be on the level of 2013 or early 2014 any more, but they are still an elite team. Fellow competitor Cloud 9 experienced that during the qualifiers, teams like Invictus Gaming and Vici Gaming saw it first hand when Alliance went to China, Evil Geniuses, Virtus.pro and Team Secret will be warned as well. The Swedish-French connection might not be the favorite any more, but they could be the dark horse of this competition. The way they play, the way they understand the game and the way they seemed to use the failed TI qualifier as motivation all make them a good pick to cause an upset on the big stage.

With the ESL One spectacle in Frankfurt only a week away, make sure to check back daily for all the latest updates, team profiles, interviews and more. Additionally, if you want to check out our previous team preview, take a look at our profile of Team Secret.