A look back at Intel Extreme Masters Cologne 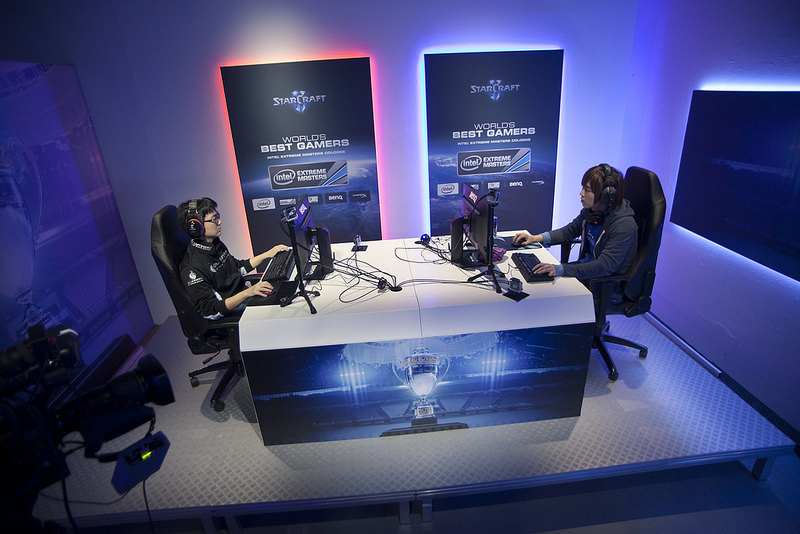 Intel Extreme Masters Cologne boasted some stellar StarCraft II action from some of the World’s Best Gamers. Opening up with a star-studded Open Bracket on Thursday, competition continued on Friday and Saturday with the Group phase, only to reach its climax on Sunday. When competition extended into the early hours of the morning. Here we take a look back at what was a fantastic event!

The tournament really was in a league of its own with talent such as Jang “MC” Min Chul and Jo “Patience” Ji Hyun having to battle it out just for a place in the group stage of the competition. Other big names, such as Dario “TLO” Wünsch, ASUS ROG Winter 2014 winner, Kang “san” Cho-Won, and Lee “Leenock” Dong Nyoung, fell short of that and were knocked out on the first day of competition. Ahead of the tournament, we took a look at just how impressive the IEM competitors were. Take a look at the infographic we made by clicking here.

And IEM Cologne certainly did not disappoint, as the lucky four that did qualify through the open bracket then had to square off against the likes of Lee “Jaedong” Jae Dong and 2013 WCS Season 1 Champion, Lee “INnoVation” Shin Hyung, for a spot in the playoffs, of which any game could have been a Final. We recapped some of the best games of the weekend for you here, although all of the games are available for viewing on YouTube. Don’t forget that you can now also download the in-game replays of not only IEM Cologne but IEM Singapore and Sao Paulo here.

A special thanks is in order for our StarCraft II observer, Alexandre “FunKa” Verrier, without whom the tournament would not have been what it was. Not only did the StarCraft II and Dota 2 enthusiast provide top-quality observing, he was also a really great sport.

Having fallen to Michal “Carmac” Blicharz’s power of persuasion, the French national agreed to have his hair cut to Carmac’s satisfaction following the results of a Liverpool football match. Catch the VOD of his stylish make-over here. Not only that but after four days of observing StarCraft II games (with most series in the playoffs having gone to five out of five maps), FunKa welcomed the Final BO7 with open arms, tweeting:

Even after the first match was called a draw, and it seemed the Finals could turn out to be a BO8, he remained cheerful:

So thank you FunKa! We hope to see you again soon.

Along for the ride were Kim Phan and Marc Olbertz, who were with ESL for IEM Cologne. Kim Phan, settling into her new job as eSports Manager over at Blizzard Entertainment, sat down with Carmac for an interview about eSports, Blizzard and what we can expect from the gaming giant in the future:
She was also involved in a bit of fun with HotBid, Kaelaris and Carmac later in the day: playing eSports charades. Check out the video and see if you can get them.

HerO of the Storms

Playing a phenomenally entertaining series against Lee “Jaedong” Jae Dong and then Choi “Polt” Seong Hun in the Semifinals and then Finals, Song “HerO” Hyeon Deok came out of the competition winning the US$10,000 prize money and a ticket to the US$100,000 Winner-Takes-All World Championship in Katowice, Poland later this year. As mentioned above, you can watch (or re-watch) the Finals over on YouTube or alternatively download the in-game replays. HerO and Polt finishing in first and second place (respectively), means the final two spots for the World Championship in Katowice have been decided. A further three will be given to winners of the Open Bracket, to be held live at the event in Poland. For more information about the World Championship, visit the Intel Extreme Masters dedicated website. We hope to see you there!

Find all matches and interviews at: youtube.com/user/esltv/videos
Photo Gallery at flickr.com/eslphotos
More information on intelextrememasters.com