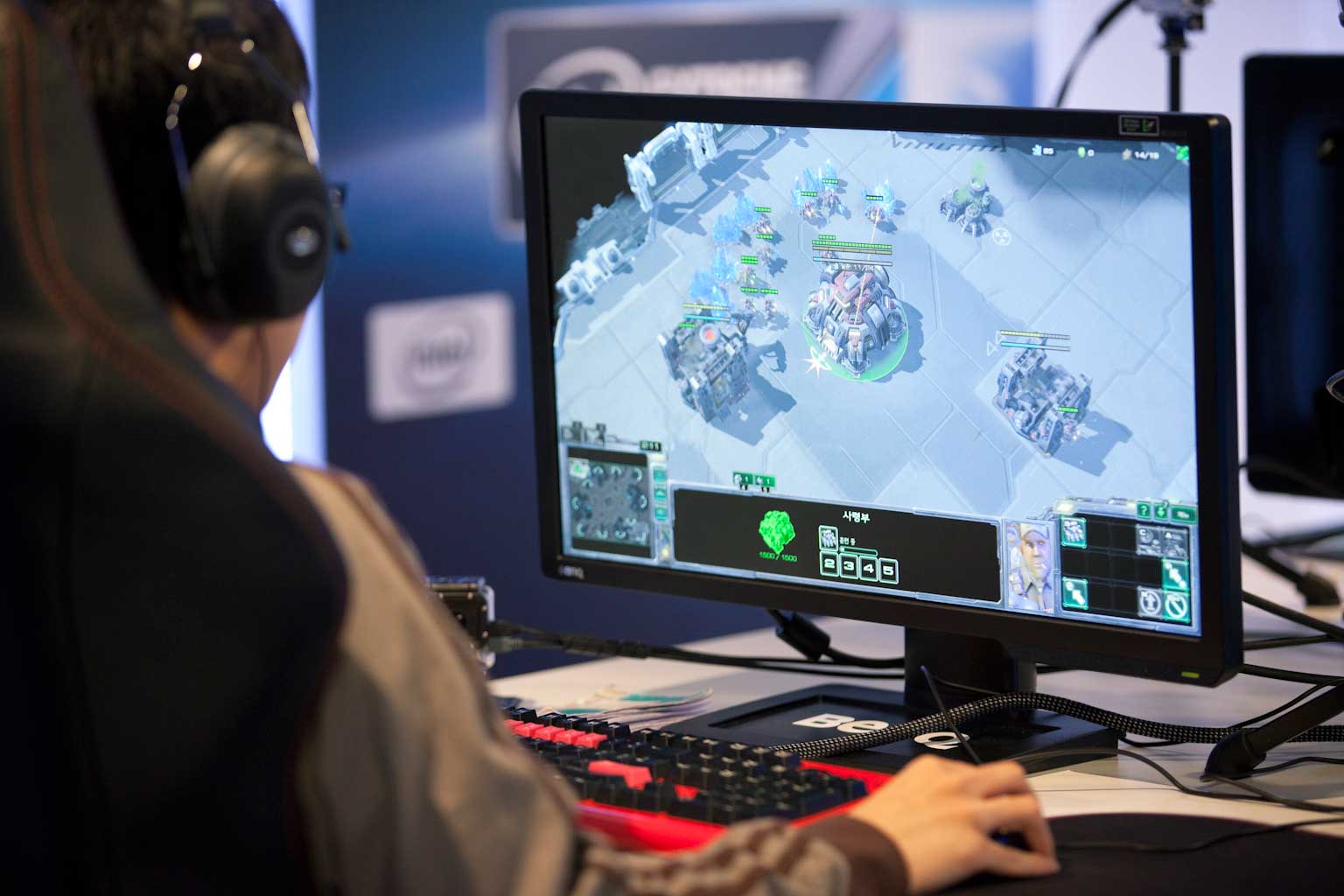 Intel Extreme Masters Cologne brought with it some fantastic StarCraft II action over the four competition days. With Sunday acting as the climax of the competition, ESL TV showcased nail-biting games over fourteen hours, ending the show in the early hours of Monday morning. Here we take a look back at some of the week’s best games, just in case you missed them!

The game that really stands out in this BO5 Semifinal was the final map: with the series tied 2:2, HerO displayed some risky plays in the early game with heavy Zealot aggression. Jaedong was able to ward off the attack with his Zerglings but the HerO was relentless, eventually taking the series 3:1.


Catch the entire Semifinal over on YouTube: Part 1 & Part 2

The fifth game in the series between Patience and Jaedong is one for the ages. Having had two rough days in a row, resulting in him calling his own play “bad”, Jaedong faced defeat once again at the hands of Patience. The Protoss player engaged Jaedong early on with Phoenix harass, crippling the Zerg player. However, Jaedong was able to stabilise and the game turned into a long macro game with neither side giving the other an inch.


Catch the entire Quarterfinal over on YouTube: Part 1 & Part 2

Due to a collection of games that went long and series that went to 5/5 maps, by the time the Finals rolled by, it was well into the early hours of the morning. All of the players, HerO in particular having come straight out of a grueling series with Jaedong, were pushing at the limits of what was possible. With all of that in mind, when the first map ended as a draw(!), hardly anyone could believe it. – The series could be a best of eight! But whilst Polt pushed hard and at times managed to break through HerO’s defense, the Terran player’s risky attempts did not pay off.


Catch the entire Final over on YouTube: Part 1 & Part 2

The first Quarterfinal of the tournament was an explosive one. From the get-go, both players went full out and punished every mistake their opponent made. The series tied at 2:2, as Polt was able to defeat the Protoss player in the fourth map. Undefeated by Protoss for months, the Terran player was faced with having to prove his superiority again against Classic, who showed no signs of weakening. Early Phoenix harass crippled Polt, but well timed drops rescued the Terran’s position in the game.


Catch the entire Quarterfinal over on YouTube: Part 1 & Part 2

The TVP Semifinal boasted viewership of almost 80k on the main Twitch stream, as the Terran hopeful displayed impressive mobility across the map. Lifting his buildings, dealing drops and commandeering backdoor attacks, Polt was able to take a 3:2 victory. But it was close. Very close.

In the first game of Group C, Polt and Stardust face off against each other in a series that defines PvT. Heavy Rain brings the best out of both players as they head into a long macro game. Polt is relentless with his drop play but StarDust is able to deflect it time and time again.

Written off before the game even started, the Polish player, MaNa, had to prove himself against the Tyrant. Some early Phoenix harrass allowed MaNa to gain a small advantage in the beginning; but Jaedong’s macro quickly kicked in. With three bases pumping out units, MaNa had a though time defending the open space on Heavy Rain. Great forcefields and positional play allowed MaNa to defend against the relentless Zerg and push him back.

Having just lost a map versus jjakji, Rain’s confidence took a small hit as he basically gifted the Terran a map. Jjakji tried to take this opportunity to break Rain’s composure with constant drop harass. However, the Protoss player kept his cool and with immaculate observer placement was able to keep an eye on the Terran’s advances. Defending against every attack, Rain found his rhythm again and pushed the Terran player back.

In case you missed any of the action, all of the VODs from the tournament have been made available to you over on ESL TV’s YouTube channel. – There you can find games from all major (and some minor) ESL tournaments alongside extra feature content and fun behind-the-scenes videos. Don’t forget that you can now also download the in-game replays from IEM Cologne, Singapore and Sao Paulo! Check out the links below: