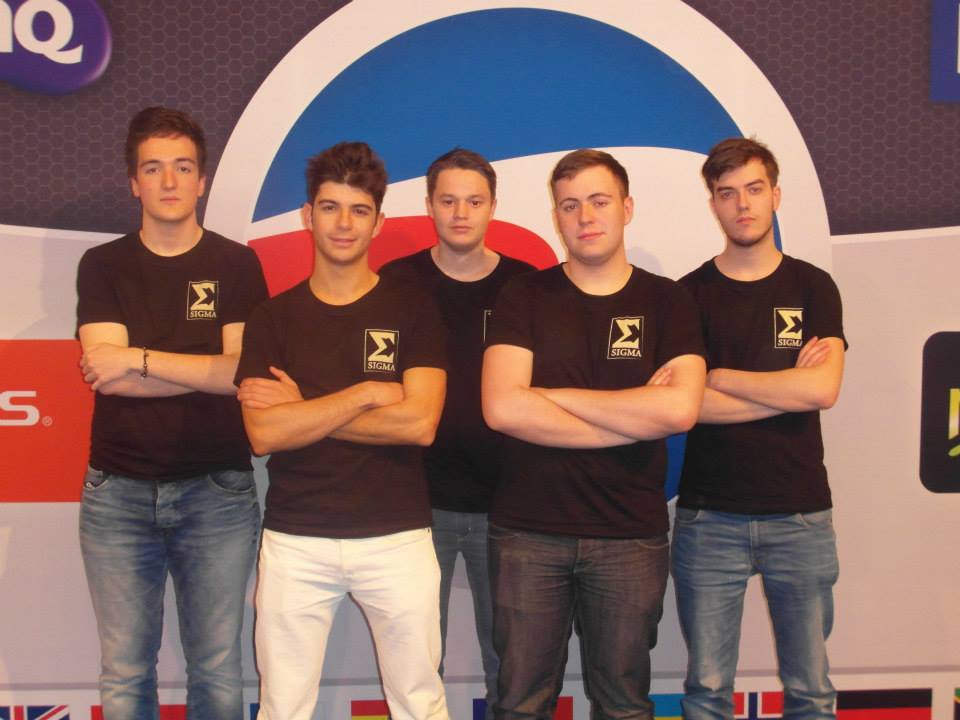 With the RaidCall EMS One Fall season finals just around the corner, we hit up Sébastien “7ckngmad” Debs after Sigma’s recent performance at MLG Columbus. We asked him about his thoughts on his team, the new patches and the strength of his opponents.

EMS One: Sigma.int has had a great run at the recent tournaments they’ve attended, MLG being the latest. You’ve gained a lot of fans in that weekend because of your amazing performance. Where do you think the main strength of Sigma.int lies? 7ckngmad: Indeed, we had a great run. Basically after the official announcement we have been involved in two tournaments, the BigPoint battle, which we won, and MLG. Our main strength definitely lies in the player’s potential. We have very little practice time compared to other teams, and are still able to compete at a quite decent level. All the players are highly experienced, have great game understanding and can basically play any style/hero. This is a great asset and makes us really hard to read for other teams.

How is the language barrier working out for you guys? With French, German and Danish players English is most likely the main language you use, but what complications does this bring? Yes, we do use English. To be honest I don’t think there are many complications, as we all speak English well. It actually bring a great atmosphere within the team, as it creates misunderstandings, which can be lots of fun =D.

Unlike with recent issues we’ve seen with Speed Gaming, Sigma is partially run by the players. How do you think this affects the team and yourself personally, being a shareholder? It affects the team very positively. We are still at the start of the project, so this is meant to evolve more. Basically, the success of the sponsor will directly impact the player’s condition, in every possible aspect. It’s a win-win relationship. This is crucial for us. The Speed Gaming scandal is a typical example of what’s going on with e-sport, in my opinion. It is the exact reason why SIGMA was created. Personally, it’s a bit difficult to manage everything at the moment, I obviously need to get used to it. It’s a lot of work, but I really enjoy challenges, I’m a competitor.

You have gained a lot of respect and fans due to your general Dota knowledge and writing blog articles talking about decision making, roles and other subjects. Where does this “sharing of information” belief come from? It all comes from the same motivation, whether it is SIGMA or the blogging, I want to help the DotA 2 community as much as I can. Help is not really the right word, I just want to get involved in its growth. I am so impressed by the generosity of people when they share the same passion. And the more people I meet, the more convinced I am that it’s worth it. If I gain respect thanks to it, it makes me even happier. Honestly that’s not even the purpose, I am actually thankful that people spend time reading what I write, it’s amazing.

What can we expect in the future in that regard, will we ever see a 7ckngmad Youtube series, teaching us Dota? Or can we expect you to start streaming again soon? I am thinking about starting to stream, yes, on a regular basis. It might happen very soon. I don’t really talk about it because it’s still really unsure. A video series related to the blogging I do is actually an idea I have been working on recently. I think it would be quality content.

With 6.79 being out for a bit longer than a month at the moment, where do you feel the strongest impact of the patch is noticeable? Without hesitation, the fact that supports get more generally in the game, as well as offlaners. It changed everything, as expected.

We’ve seen a lot of support players opt for an early Midas, trying to gain an experience and gold advantage. How do you feel about this move? To be honest, that’s a very hard question. At first my reaction was really clear, it makes no sense, and will make the games very easy for us. I was convinced that it was strategically wrong. But looking at it again, it actually makes sense, sometimes. When you are able to protect your side of the map, maybe going ‘greedy’ with Midas is an option. From my perspective it is still a mistake. The series against Speed proved it, even though we lost. In game 1, they outplayed us pretty hard the first 15 minutes and their decision to get 2 or 3 Midas actually allowed us to come back and even outfarm them in mid-game. If it wasn’t for us suddenly taking a 4vs5 fight in front of our base (obviously ridiculous move, that lost us a side and a 10k gold lead), they would have lost the game in my opinion and mainly because of the Midas decision. I am still trying to figure out whether this trend is viable or not, I need more games. My position is that it’s a huge mistake. However if both teams go for it, we will never know.

The three spirits patch has brought in two new heroes, how do you feel about these potentially joining the competitive scene? It is hard to say, but the Earth and Fire spirit are really imbalanced in my opinion. They destroy every public game. I really don’t think they are needed in competitive at all, but that’s just me. (There are so fun to play though :P)

“At the end of the day I am also a fanboy I guess” After a great run in Columbus, you’re going to meet Alliance and Na’Vi again at the EMS One finals. How confident is the team in being able to beat these though opponents? We are very confident we can beat both teams. With us it is always the same, and we proved it last time at Columbus, we are our own enemies. If we are able to perform at our actual level, we can win convincingly any team in the scene right now. On the other hand, we are also capable of losing to anyone (it’s getting less and less the more we practice). So it’s just about performing well. Na`Vi and Alliance are really tough opponents and they will punish every single mistake that we do. We love challenges though and we will be ready for that one. We have an immense respect for those two powerhouses, at the end of the day I am also a fanboy I guess =D, I just turn into a competitor when the game starts!

How do you feel about the Korean teams in Dota and how they will evolve as time moves forward? Does the team feel like StarTale will be an easy opponent? They still have a long way to go in my opinion. DotA is a very hard game and the competitive scene is honestly insanely high level. It requires experience. They will need to lose not once, not twice, but a 100 times, before they can regularly compete with the top teams. Regardless of their skill, DotA is not only about skill. Skill is just the necessary basis to execute the understanding of the game you acquired.

Where can people follow you and stay up to date and any shoutouts you wish to give? You can follow me on Twitter @7ckngmaddota, be sure to also follow Sigma on Twitter @sigmadota2 and like them on Facebook. Shoutout to the DotA 2 community, probably the best that exists =D. Special shoutout to ShiBa, Kyftherock, and of course Funzii!!! Thanks for your time, and I hope you enjoyed the interview! Cheers!

7ckngMad and the rest of Sigma.Int will be joining us this weekend for the finals of the RaidCall EMS One Fall season. For more information check out the official website.