“You couldn’t help but smile when the cheers went up”: a Total War: ARENA livestream event debrief with Malakith Skadi

Last week, we interviewed Total War YouTuber and streamer Neil “Malakith Skadi” Sangster in the leadup to the Total War: ARENA livestream event at the ESL studios in Cologne, Germany. Now back in his native England, we decided to get in touch again to find out how he had found the event, meeting up with fellow community members and playing the game live on stream for the first time.

ESL: Hi again, Malakith! So what was your first impression upon arriving at ESL headquarters in Cologne?
Neil “Malakith Skadi” Sangster: Walking into the main studio, the main thing that surprised me was the amount of lighting – it seemed that every inch of that room including the audience could be independently lit to a professional standard. It made me wish we had more establishments of that level in the UK which were easier to reach.

ESL: What was it like playing the game – or indeed any game – in a studio environment as opposed to your own home and streaming setup?
Malakith: The strangest part was the live audience, especially as they were obscured to a certain degree by the stage lighting. You get a certain level of interaction with viewers in livestreams but that was something else. You couldn’t help but smile when the cheers went up for impressive fireball hits or game-changing charges, and it was great to see that level of enjoyment. 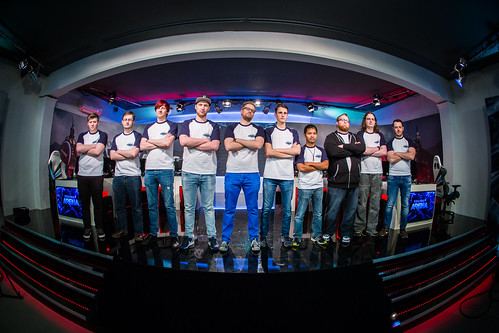 ESL: Now you’ve been to the livestream event, do you have any additional thoughts about Total War: ARENA since we last interviewed you?
Malakith: My main thoughts were how different the organised 10v10 played compared with the Alpha’s match-made games, where you can only have premade groups of four. Having a full group together really enhances the overall team strategy component instead of just focusing on the small battles as they unfold. The proof of that is the second half the event, when Team Leonidas (our team) made some changes to who was playing each role. The team also clarified how we wanted each role to operate in the team as a whole, and the results were clear to see in the comeback during those last six games.

Obviously they are still some distance from release, but I hope Creative Assembly invest time in creating game modes and tools to support these premade 10v10 battles, even if the actual participation and management of events remains solely a community-run affair. 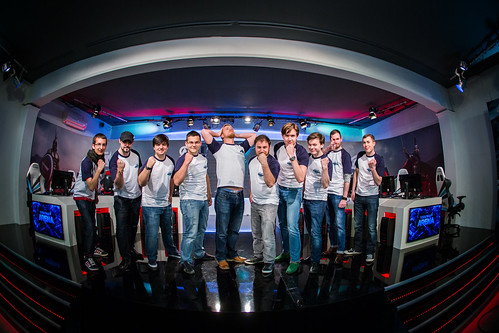 ESL: What was it like being in the same place as the people you’re playing against?
Malakith: We were actually in two separate parts of the studio so had no interaction while the games were in progress. There was, of course, plenty of banter between the two sides during the halftime break, and after the event when we could talk to each other.

It was great to see that the game could be both highly competitive and yet remain entertaining even when things aren’t going your way. A special hats off to the self-titled Baron Von Pincushion (BaronVonGamez) for taking it all so well both verbally and in javelin form.

ESL: What was it like coordinating with ten other people simultaneously? How did your team tackle this challenge?
Malakith: For the most part the team was operating in small groups with a premade plan, only really using the voice comms to highlight important moments that needed attention. However, when things really got chaotic and the plan was in tatters, the voice comms were more than a little heated. Clever use of separate voice comm channels or greater discipline in a single channel will be a key factor for organized teams going forward. On a related note, Creative Assembly also mentioned they were working on ways to improve the flow of information across the team with in-game tools, which should help public games greatly. 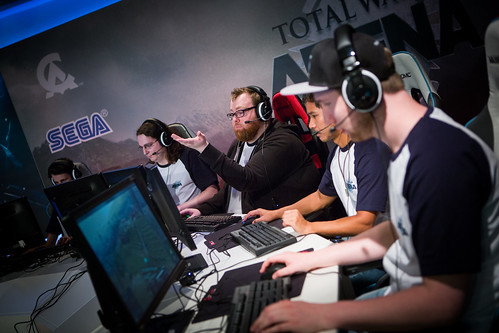 ESL: What was a highlight of the event for you?
Malakith: The highlight for me was after the final game, when we were all brought into the main studio together. Immediately players from both teams were pointing out their personal nemesis of the event and getting together to exchange stories. The game leads to lots of small moments that end up being pivotal to the end result without you necessarily realizing it at the time, and those are great to share.

ESL: If you had to nominate an MVP for the event, who would it be?
Malakith: For Team Leonidas it would have to go to Mecha – he put in a lot of time and effort both before and during the live event, imparting his extensive knowledge to the players who needed it. On top of all that assistance, he still put on a very impressive performance as one of the team’s cavalry commanders – no easy feat. 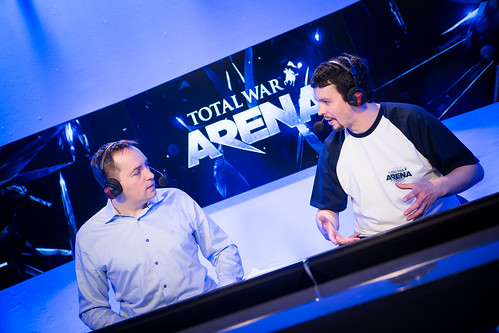 ESL: Do you think the livestream event has given you a better handle on how future Total War: ARENA competitive events will be?
Malakith: I believe it has given the developers a lot of insight into features that would be required to truly support a competitive ARENA scene, an example being an independent spectator camera for the commentary team. It should also have given potential tournament organizers a lot of data about the importance of balancing the team composition. Hopefully it gets the support and attention it deserves on those fronts so that it ultimately comes down to the will of the players on how successful it becomes.

ESL: Thanks for speaking with us again, Malakith! Do you have anything to say in closing or any additional shoutouts you’d like to make now the event is over?
Malakith: The NDA on the Alpha for ARENA has now dropped – get out there and get involved, check out all the new content around or get a key try it for yourself. Also be sure to gang up on CA Dogbert (ARENA community coordinator) should you come across him – he deserves it. 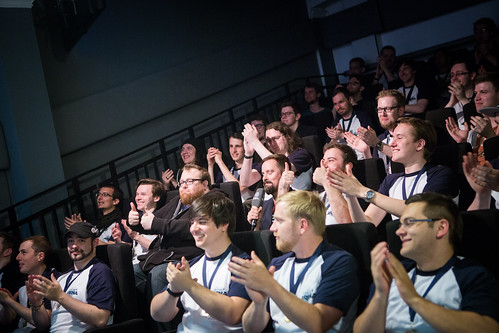