“Where is your lord now?”: Kunkka is coming to ESL One Frankfurt 2016! 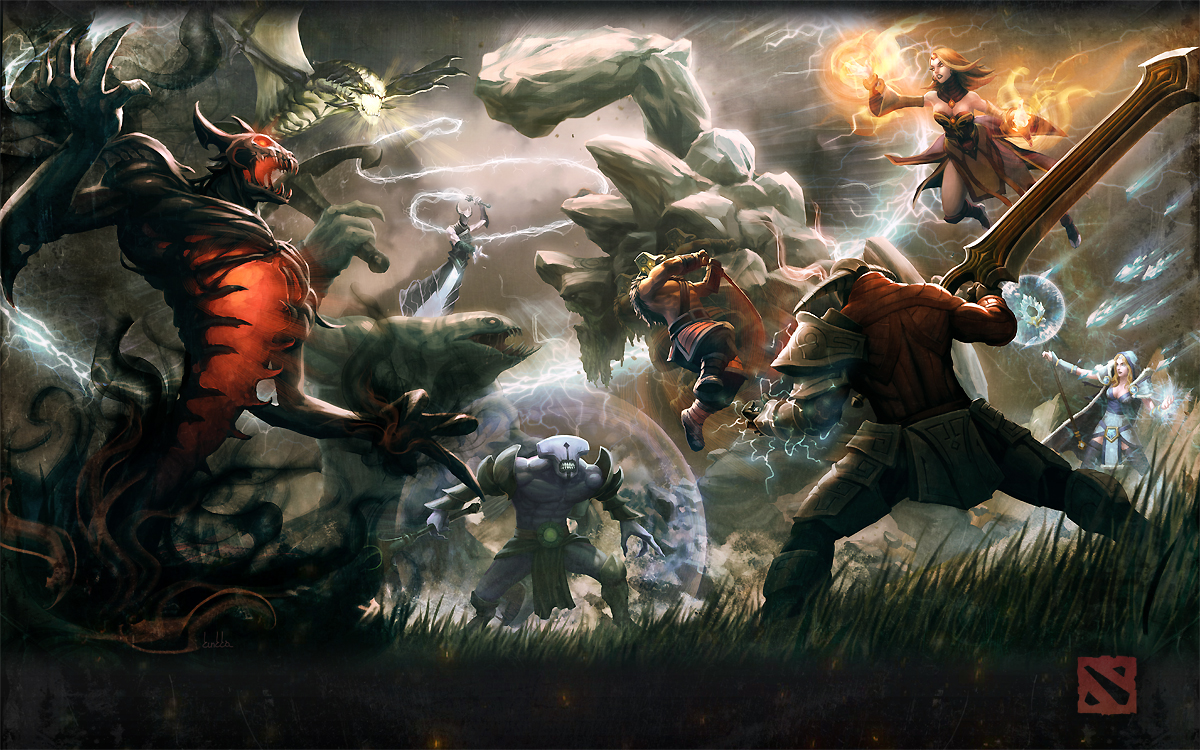 ESL One Frankfurt 2016 is hitting the Commerzbank Arena on June the 18th and 19th, with it promising to be a true celebration of everything Dota 2 from world-class teams and matches through to amazing cosplayers and artists. We’re thrilled to announce that one of the greatest Dota 2 artists in the world Kendrick “Kunkka” Lim is coming to the event to be a part of the Artists’ Alley, and here we chat to him about his history with art, Dota and more.

ESL: Hi there and thanks for taking the time to chat with us! Firstly, let’s go back in time a bit. Tell us: how did your adventure with art begin?
Kunkka: It began as a kid watching my favorite cartoons and trying to draw my favorite characters (badly), and endless doodling all over my school books or any piece of paper I could find. I knew then that I wanted to be an artist and create cool characters.

ESL: Tell us about your journey to the level you are at now – how difficult was it for you to develop and polish your skills?
Kunkka: It wasn’t easy because of the place and time. It was Singapore in the nineties – a career as an artist wasn’t really viable. It was also a time where the internet has not exploded yet, the concept art and digital art industry had not exploded yet. Nowadays it’s much easier to find inspiration, be exposed to other artists or learn from online tutorials. For me, it was a lot of trial and error, sticking to the passion and staying committed to the craft.

ESL: When did you first start playing Dota?
Kunkka: I can’t remember exactly when I started, most probably in the 5.xx days. I was just dabbling around with some of the Warcraft III mods and I remember first being excited to learn that you can solo kill with Lion’s Spike-Hex-Finger combo. I would get a kill this way and be happy win or lose.

ESL: What were/are the most appealing aspects of the game for you?
Kunkka: Back then, it was the fact that there were so many cool characters and interesting spell varieties that drew me into the game. Nowadays with how the game and scene has grown, I enjoy watching the pro games and being a spectator and fan.

ESL: Many people probably aren’t aware that the hero Kunkka is named after you and not the other way around. Is Kunkka actually one of your favorite heroes to play? Overall, which Dota 2 heroes do you love most in terms of design and gameplay?
Kunkka: As a tribute to my loading screens for the game, Icefrog named the next new hero release after me. I had no idea what hero it was or how the hero played – all I said was that I wanted a strength hero. I do like playing Kunkka but I suck at it. My favorite heroes to play are Magnus, Tiny and Ogre Magi. My favourite Dota 2 hero designs are Witch Doctor, Nyx, Ogre Magi and Tidehunter. Funny thing is I used to hate Tidehunter because of his Warcraft III design and I think I told Icefrog that. Not sure if that’s why Kunkka and Tidehunter have a rivalry in Dota 2 – they used to be unrelated in Dota Allstars. But I’ll never know.

ESL: Do you have a piece of art in your portfolio that you are particularly proud of? Which one and why?
Kunkka: All of my Dota loading screens, from the first to the last, are artworks that I’m very proud of because they were milestones in my skill progression as an artist. I also set a new challenge for myself each time, whether it was trying out some new method or having more characters in the art.

ESL: You’ve been involved in creating Dota art for several years now, having worked on art for the Warcraft III custom map. You have established yourself as THE Dota artist. How much does this recognition mean to you?
Kunkka: It means a lot to be able to be a big fan of the game, be able to contribute art to it and getting recognition from other fans all at the same time. Being “THE” Dota artist is the icing on the cake. I’m just very grateful to have been at the right place and time back then.

ESL: Do you have any other Dota artists that you are a fan of?|
Kunkka: I’m a fan of all of them! From the workshop contributors to the merchandise artists to the cosplayers to the Valve artists doing the official artwork and designs. Compared to the old days when there was only a small handful of us to now where you can find new Dota fan art everyday, it’s really nice to see your community and game grow in popularity over the years.

ESL: Do you follow the competitive Dota 2 scene? Do you have a favorite team you cheer for?
Kunkka: Yes – in fact, I watch more games than I play now. I tend to follow players more than teams because it’s kind of pointless when the teams change their rosters so often. My favorite player is my homeboy Iceiceice, of course. I’ll cheer for him whichever team he is in.

ESL: What would you do if a bunch of Tidehunter cosplayers came up to you to talk about their lord and savior Maelrawn the Tentacular?
Kunkka: I’ll cast a torrent, throw a boat and then X them – “Where is your lord now?”

To see more of Kunkka’s art, make sure to visit his DeviantArt gallery!

Join Kunkka at ESL One Frankfurt 2016!

Don’t miss the opportunity to meet one of the greatest Dota artists around as well as experience the best the competitive Dota scene has to offer – get your ESL One Frankfurt ticket now!