“We listen to our players very closely in everything”: interviewing Super Evil Megacorp’s, the developers of Vainglory, COO! 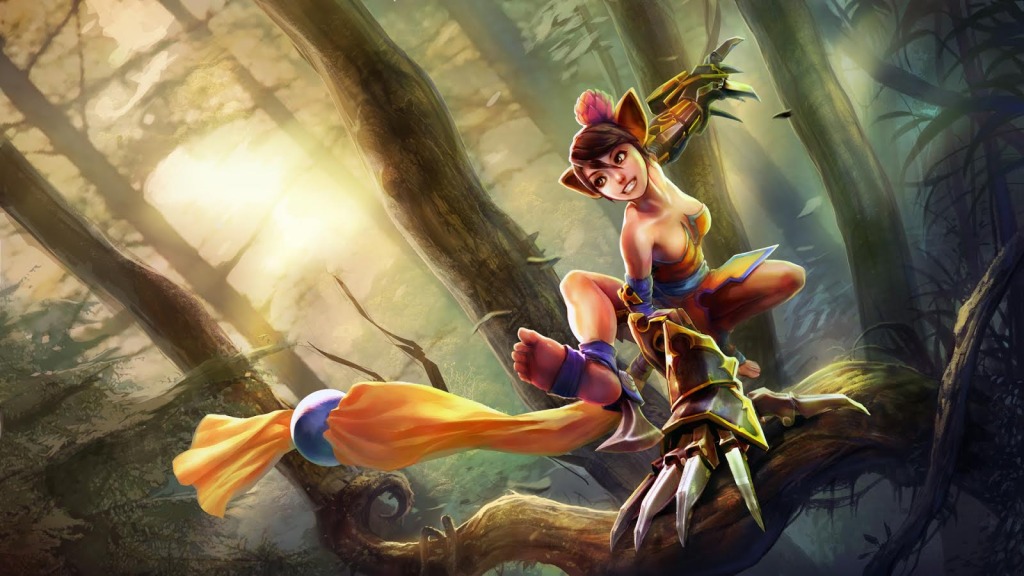 ESL: First of all, can you introduce yourself and tell us a bit about what you do at Super Evil Megacorp?

ESL: Why “Super Evil Megacorp” as a company name anyway?

Kristian: Super Evil Megacorp is a reference to masters of their craft who have become jaded or disillusioned working for giant gaming companies that have strayed from their original identity. We want to build Super Evil Megacorp into the best home for the very best games craftspeople out there across art, design, technology, community, customer service and more.

The name Super Evil Megacorp also serves as a reminder of who we don’t want to become and an acknowledgment to not take ourselves too seriously. We make games because we love playing games. We’re players, too, and we have to stay in tune with the player base always—no matter what else is going on.

ESL: What differentiates Vainglory from other MOBAs on the market? What are the main things that set Vainglory apart from the rest?

Vainglory is unapologetically core: We haven’t tried to create a more casual game, because that’s what’s already dominant on the mobile platform. Vainglory is a polished, visually stunning game that gets the controls out of the way so players can focus on insane, addictive, incredibly fun and intense gameplay.

No gimmicks: We’ve deliberately avoided touch-screen gimmicks that can ultimately get in the way of a great gameplay experience. We want to make a game that’s worthy of pro MOBA players’ time and skill. The feedback from real players so far has been very encouraging.

LAN Parties: MOBAs are most fun when played together with friends in the same room, which is one of the reasons the tablet is a perfect platform for Vainglory. Say goodbye to dragging gaming rigs to a friend’s house! With Vainglory, friends can battle for hours with only a mobile device in hand.

ESL: The competition in the MOBA market is pretty stiff. How do you think Vainglory will carve its own distinctive niche?

Krystian: Vainglory is an unapologetically core multiplayer online battle arena (MOBA) game perfected for touch devices. Our team is dedicated to building 1,000-hour games on touch platforms and architect the future of core gaming on tablets. We believe the next generations of core games have more in common with PC gaming today than they do with mobile or tablet gaming, as PC usage more broadly increasingly shifts to tablets.

At Super Evil, we strongly believe that core games are all about community, engagement, retention and longevity. We are core gamers ourselves and we treat our players the way we would like to be treated, whether that’s playing matches against fans or discussing strategies on Twitter or the Vainglory forums.

ESL: What do you think are the components of a good hero design?

Krystian: Every character in Vainglory has been built from the ground up, so each has unique personalities and skill sets that are different, yet compliment one-another. Good hero design boils down to five points:

ESL: Who is your favourite character and why?

Krystian: I love them all so it really depends on my mood! Catherine tends to be my go-to for her team-wide tactical influence. She has a mean stun and silence so I use her primarily to disable the most dangerous enemies. Krul on the other hand is a terrifying presence and primarily lurks in the bushes waiting to activate the Dead Man’s Rush or his Spectral Smite to clear jungle monster camps.

Want to show off your skills with your favourite? Sign up for the cup here!

ESL: What challenges did you face while developing Vainglory?

Krystian: There were tons! The controls were probably one of the hardest, however. For a core game, especially a MOBA, it is so important that the controls are responsive and precise. The controls need to be out of the way, so that you can focus on out playing and out thinking the opponent, not fighting the controls. After many, many internal tests it turns out that touch mechanics actually works better than a mouse for many key moves in MOBAs!

ESL: Tell us more about the Vainglory Cup Series.

Krystian: This represents our very first step into esports and one of the first for touch screen esports and we couldn’t be more excited about the Vainglory Cup Series 2015! We’re starting off small in order to learn as much as possible about the eSports industry and community but hope to eventually set up tournaments on a global.

ESL has been invaluable from day one by helping our team better understand and approach the eSports industry. We couldn’t be more grateful for the partnership!

ESL: What do you think the future of competitive Vainglory holds?

Krystian: We are incredibly excited to work with ESL for our first official tournament. The Super Evil team dreams of seeing Vainglory played on a big stage for large crowds, but we really are taking competitive gaming step by step. Vainglory is built to be skill-based and worthy of pro-players’ time, and we would love to see it become an esport. But, most importantly, esports is something that comes from the community. Our players will tell us when we are ready for large-scale tournaments and competitive play. We listen to our players very closely in everything.

The Vainglory Cup Series begins on the 13th of May, with the first of nine online qualifiers. Don’t miss this one-of-a-kind opportunity to experience esports on your iOS device.

To stay up to speed with everything Vainglory related, be sure to check out the following pages: