“We are the best obviously, come at us!”: an interview with Team Liquid’s MATUMBAMAN 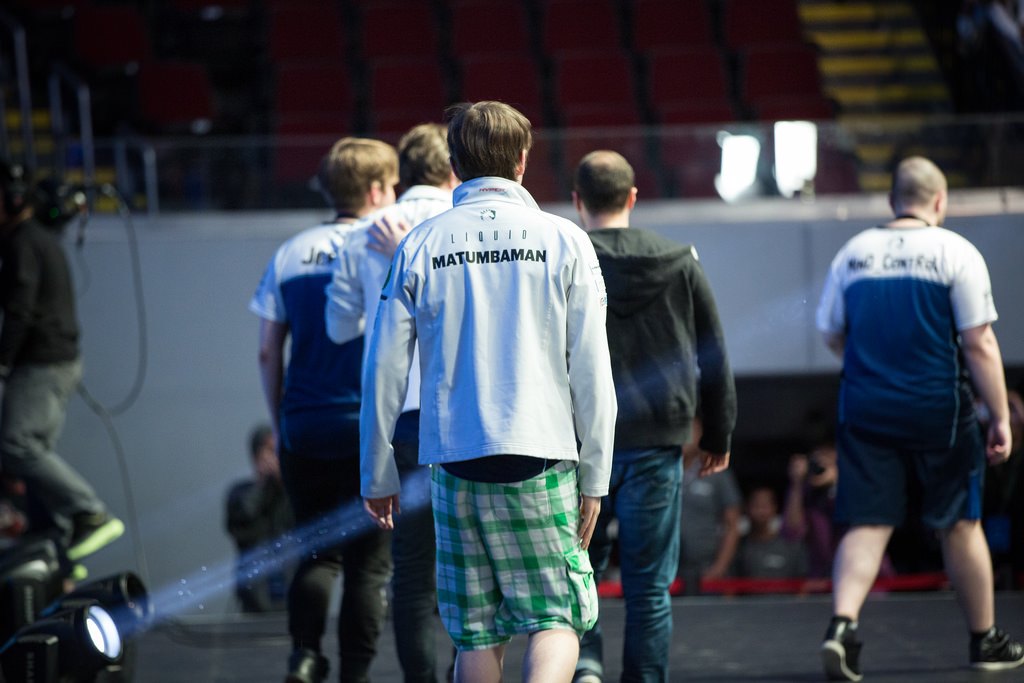 ESL One Frankfurt 2016 is just around the corner and Team Liquid are set to make their second consecutive ESL One appearance this year. Ahead of the fan fest in Germany, we got the chance to talk to MATUMBAMAN about Liquid’s recent performances, how he deals with the constant travelling and what he’s expecting from Frankfurt.

ESL: Hey there MATUMBAMAN and first off congratulations on your victory at Epicenter. How is the team feeling, now that you guys finally secured yourself a trophy at a premier event?
MATUMBAMAN: It is a huge relief knowing that you are capable of going all the way. On the other hand we are a target now and we need to work harder to win.

ESL: You have been traveling around a lot for recent tournaments, playing in venues all over the globe. Is there any sense of fatigue when it comes to tournaments or have you figured out how to balance tournaments, practice and travel?
M: For me fatigue kicks in when we spend a lot of time abroad, traveling from tournament to tournament. It’s hard to give your all, a couple of tourneys in a row. I eat steaks – makes me feel good again

ESL: After recent performances, many players, personalities and fans are touting Liquid as the strongest team at the moment. How do you see yourselves?
M: We are the best obviously, come at us!

ESL: The team as a whole seems to be able to play a variety of playstyles at the highest level, but your versatility stood out to us. In the previous patch you’ve been handling a lot of Gyro, Ursa and Anti-Mage and now with 6.87 we’re seeing you on Lone Druid, Lycan and Juggernaut. How do you manage keep such a wide hero pool at the highest level? Surely you can’t be practising all the carries all the time?
M: Confidence. A confident player can do anything he desires if he has the skills. I mean let’s be real here, my teammates are awesome and all I need to do is hit some creeps.

ESL: You will be up against seven other teams in Frankfurt and neither of which has managed to beat you in the recent months. How are you gonna prepare for the tournament, considering every team will be trying to figure out how to best you?
M: With the power of Deutschland Bratwurst, I am sure we’ll edge out just enough.

ESL: At ESL One Manila you were caught off guard by Wings Gaming in the grand finals and at ESL One Frankfurt there are a few teams who you haven’t played in quite a while. Is there any particular team that you would single out as your main threat?
M: If I had to pick, it would be LGD. But team strengths are still a big question mark overall, so you can not underestimate anyone.

ESL: You’re part of one of the few rosters that has not been shaken by player transfers for quite a while, suggesting that the team dynamic must be pretty great. Do you guys do anything else together as a group aside from scrimming and other Dota related stuff?
M: Besides talking shit and drinking soda? I mean… ye, I pretty much got it all covered.

ESL: Given how little time there is between the Manila Major and ESL One Frankfurt, how are you planning to prepare for Germany?
M: We’re gonna take some time off in Germany and refresh our minds.

ESL: What are you most looking forward to at ESL One Frankfurt?
M: German fans and beer, mostly beer.

ESL: Thanks for chatting with us and good luck at the event! Do you have any shoutouts you’d like to make?
M: Thanks based Team Liquid, looking forward to Deutschland.