WCS Europe Season 3 ends with a second title for MMA

With just a best of five and best of seven match between each of the semifinalists and a Europe Premier League Championship, MMA, Golden, YoDa and San took to the stage Sunday evening.

It was anybody’s trophy to win, but predictions – and the crowd’s cheers – favored the Acer Terran. In the end, MMA once again proved why he remains among the top. 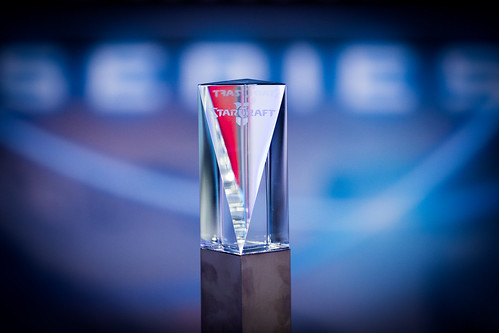 A streak continues, a career ends

Heading into the first semifinal match, Golden’s pending exit from the StarCraft II scene set a somber tone, even in the face of an incredible streak from his opponent YoDa. The two players were nearly evenly ranked, but while Golden was 81% against Terran, YoDa’s TvZ was a much lower 57%.

The first map showed why YoDa’s round of eight sweep of MC was no fluke. Despite the fact that two of YoDa’s scans missed Golden’s play and some early hellion losses, the TCM player’s macro proved his strength on Nimbus. With one failed roach/queen push, Golden was forced to bow to YoDa’s insane SCV production. 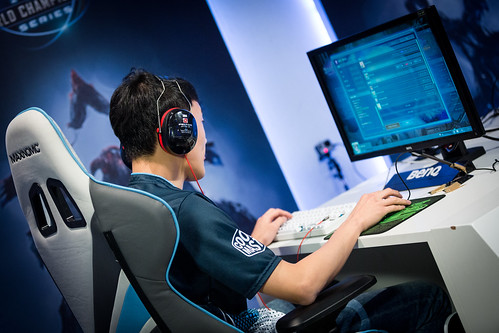 Map two, Merry Go Round, saw YoDa building a proxy two racks while Golden went pool first. YoDa trapped the Zerg inside his own base, starving him by cutting him off from potential expansions and forcing a fast bane morph. After busting through the wall, Golden proceeded to trade inefficiently while YoDa used incredible macro and micro tactics (like dropping one marine at a time to soak hits) to stay ahead. An attempted fake from Golden turned into a real roach warren build, but YoDa’s macro was again too good, and he secured a second GG.

On King Sejong Station, YoDa got off to a rougher start. Instead of panicking, he made no SCVs and opted for a hellion/banshee all in that quickly won him the game and a spot in the finals. Going 10-for-10 and landing three wins in 30 minutes, YoDa advanced. Golden noted his departure from StarCraft II, his love for eSports, and his hopes for the future as we said goodbye. 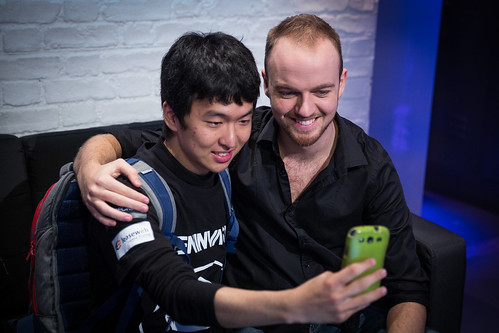 San, scans and lots of fans

The fan favorite MMA first faced off with yoe Flash Wolves’ San, the only Protoss left in the fight. San, who was rank five going into the day, made it to the finals in Season 2 and the semifinals in Season 1, but couldn’t bring it home either time. Today would be no different.

The two started out on Catallena, where MMA sniped San’s third base and executed multiple drops with his viking/medivac/marauder composition. The Protoss player remained on the defensive nearly the whole game, as colossus after colossus held off MMA’s expert attacks. It was never enough. San missed an opportunity to capitalize on MMA’s lagging ghost timing, and with better positioning on the map, MMA secured an early lead.

On Overgrowth, San tied things up as MMA missed with ghosts and attacked while missing upgrades. With one powerful colossus counterattack that boasted ample firepower, MMA fell. Map three found our players on Merry Go Round. There, MMA quickly spotted San’s unfortunate low colossus count with a scan and took advantage, storming San’s base with vikings and marauders. That was all it took. 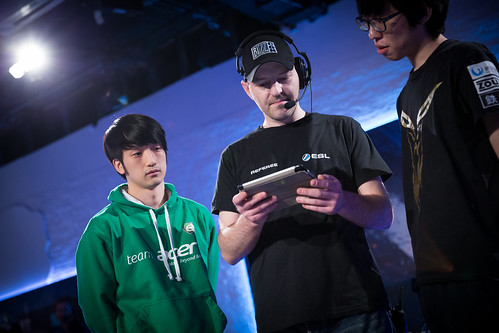 MMA was ahead 2-1 heading into King Sejong for the fourth game. While he chose gas first, San went for a proxy stargate. MMA moved into the mineral line with hellions while San focused on his oracle production. When MMA pulled his SCVs to avoid the attack, San sat patiently with his oracle above the his opponent’s line to keep the Terran from mining.

But this trick wasn’t enough. MMA killed all of San’s probes on the other side of the map, and San’s faith was all stocked in his oracles. When one dropped to a widow mine, that hope died and MMA moved on to the finals.

YoDa came into this TvT having just defeated San, MC and Golden without giving up one map. With ten wins and no losses, it appeared he was on a very real streak. MMA quickly broke it, however, taking map one, Deadwing, with a very aggressive build.

The play lasted far into the late game as both player remained cautious to attack and jockeyed for position. Neither was completely sure of his advantage (or lack thereof). While YoDa amassed vikings, thors and ravens, MMA built bio, vikings and battlecruisers, indicating that the late game would give us spectacular Terran air fights.

YoDa crept ever forward, throwing hunter seekers at MMA’s battlecruisers and storming his mineral line with hellbats. However, MMA continued to macro, eventually completely controlling the map while YoDa struggled to mine. The Acer player then overwhelmed his opponent with backup bio to force the GG. 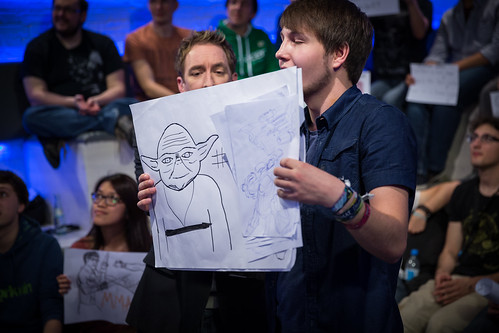 YoDa, reeling from a loss on map one, went for barracks and gas. MMA capitalized on YoDa’s empty base as the TCM player exited, attacking the mineral line with hellions and reapers. Minimal units, insane micro army movement and blue-flame hellions brought it home for MMA.

The win came even more easily for MMA, who scouted with a reaper before building a bio army. YoDa trusted in his siege tank play, but as MMA’s bio dropped, so did the GG. A quick 3-0 lead had MMA smiling and YoDa shaking headed into King Sejong Station.

On map four, YoDa fought back. Despite being down 3-0, he got aggressive, storming the natural with an absolutely perfect concave to secure a win. MMA, for his part, was visibly bothered by the loss. 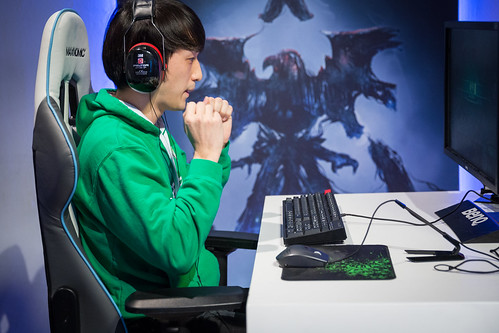 MMA got busy building widow mines, marines and tanks while YoDa set about cranking out a raven, a viking, banshees and marines, eventually moving toward siege tanks. MMA attempted a drop on YoDa’s ramp that failed, allowing the TCM player to place his third base. After another failed attack, which YoDa cleaned up with his siege tanks, he decided to counter. He took MMA’s base with his tanks on the offensive and gained another game, making the count 3-2 to MMA.

This map was MMA’s so quickly we hardly had time to think about the build. A quick attack with marines and siege tanks killed off YoDa and made MMA the Season 3 champion – for the second time.

Did you tune in today for the games? In case you missed the finals, you can check out the VODs here. For those of you that did watch (and participated), here is the winner of our StarCraft II Heart of the Swarm Collector’s Edition:

Thank you to everyone for taking part, and better luck next time! The winners of our twelve t-shirts will be contacted via DM on Twitter so please keep an eye on your inboxes!

You can also find our day one recap here.