With the weekend of finals fast approaching, we reconsider the remaining eight players’ strengths, weaknesses and variables – and offer our predictions. Have you picked your two players for ESL Fantasy yet? Read on if you want to make an informed choice. 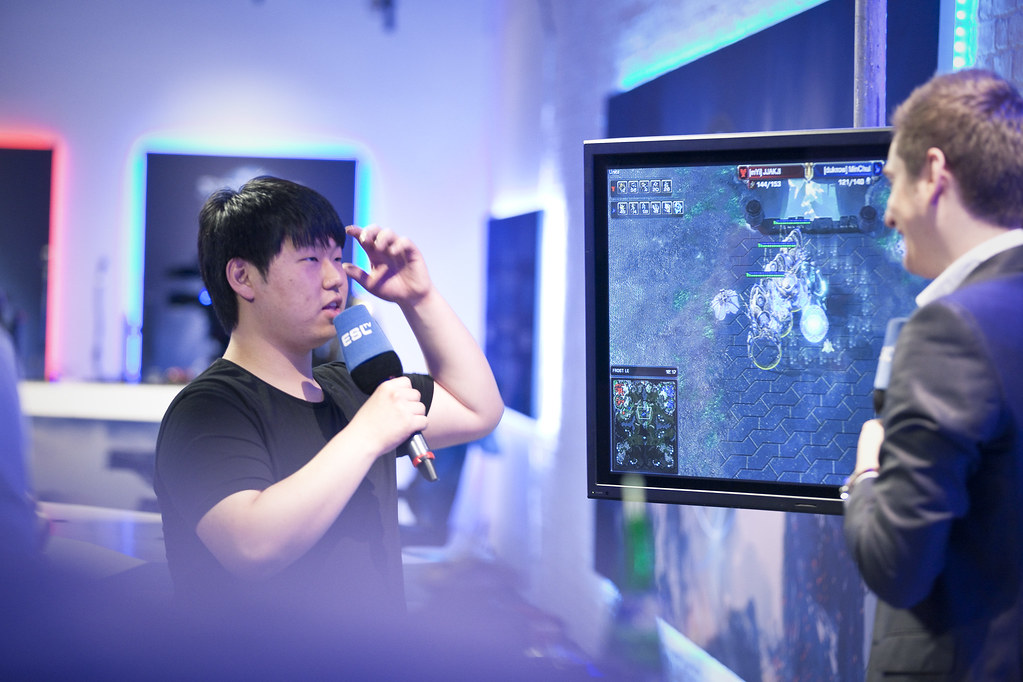 This could be the PvP to end all PvPs. The first and third ranked players have both played brilliantly this WCS season. If they weren’t matched in the RO8, it would be a safe bet that both would continue to the finals on Sunday. As it stands, whoever falls in his first best of five will move on to compete against a Zerg – a solid matchup for both, but almost a sure win for San. Let’s take a closer look at the stats.

A closer look at MC

We all know about the Boss Toss’s propensity for total dominance. He’s pushed his way to three consecutive WCS finals, winning Season 1 this year and having remained at the top since. Still, MC’s PvP play does leave room for improvement. He’s at a 52.6% win rate against Protoss in HotS, and his most recent matches against San have left him blinking all the way home. After beating San 2-1 at Intel Extreme Masters Season VIII GC Cologne, MC fell to the number three ranked player at the Intel Extreme Masters Season VIII World Championships 1-3. And, despite taking it all the way to the end in Season 1 this year, he also fell 0-2 to San in the RO16, for a total HotS record of 3-6 versus his fellow Korean Protoss.

If MC does take this first best of five, he’ll be up against a Zerg – a matchup which should make him feel much more comfortable. The Boss Toss has a 68% win rate in PvZ, and he took Golden down 2-0 in this season’s RO32. Even so, he’s been known to drop games to VortiX, who ousted MC in both Fragbite in May and in the 2013 Season 2 Europe Premier. Could we see a repeat of last year’s Season 2 if both make it through their first sets of maps? 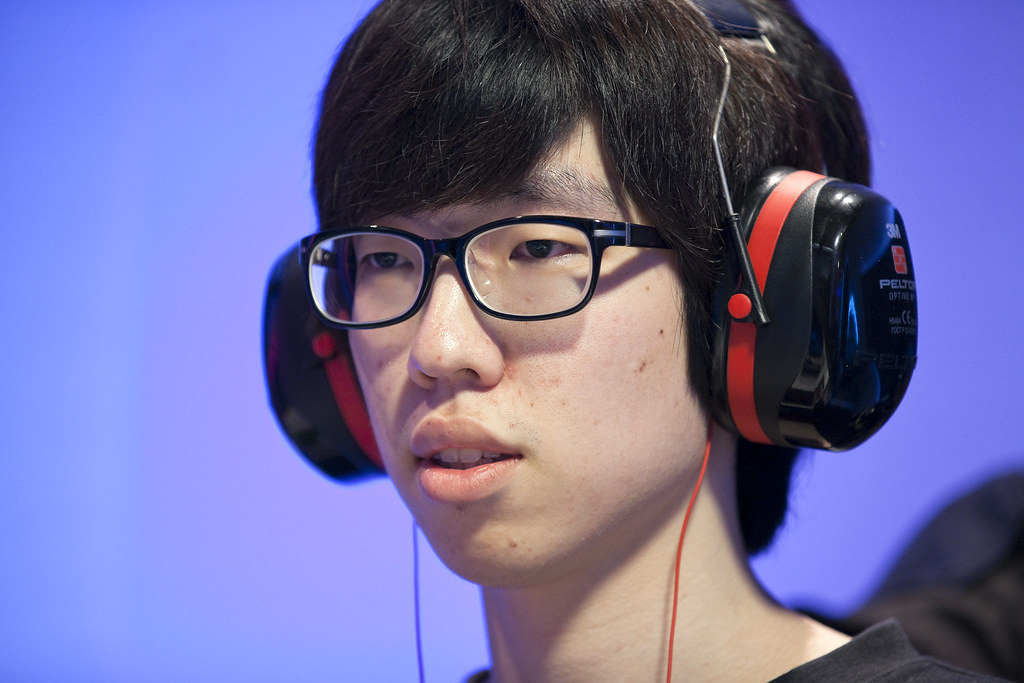 Meanwhile, San’s PvP and PvZ records are markedly better, despite his lower rank. Of course, his record against MC is 6-3, and he beat StarDust and ToD 2-0 this season, never once falling into the loser’s bracket. In Season 1, San took 6 PvPs in a row, besting Bling, MC and Welmu to move forward.

Should he take the first best of five, he’ll face either Golden (who he beat 2-0 at DreamHack Summer last month) or VortiX, who he faced at ASUS ROG NorthCon 2013 in December for a 3-0 thrashing. San’s PvZ record stands at an incredible 77.3%. It’s clear that the yoe Flashwolves player is the man to beat. If he reaches the finals and has to face a Terran in ForGG, we could see a trying best of seven. He fell to ForGG recently at Fragbite, and his PvT is his worst matchup – but it’s still at 60.5%. 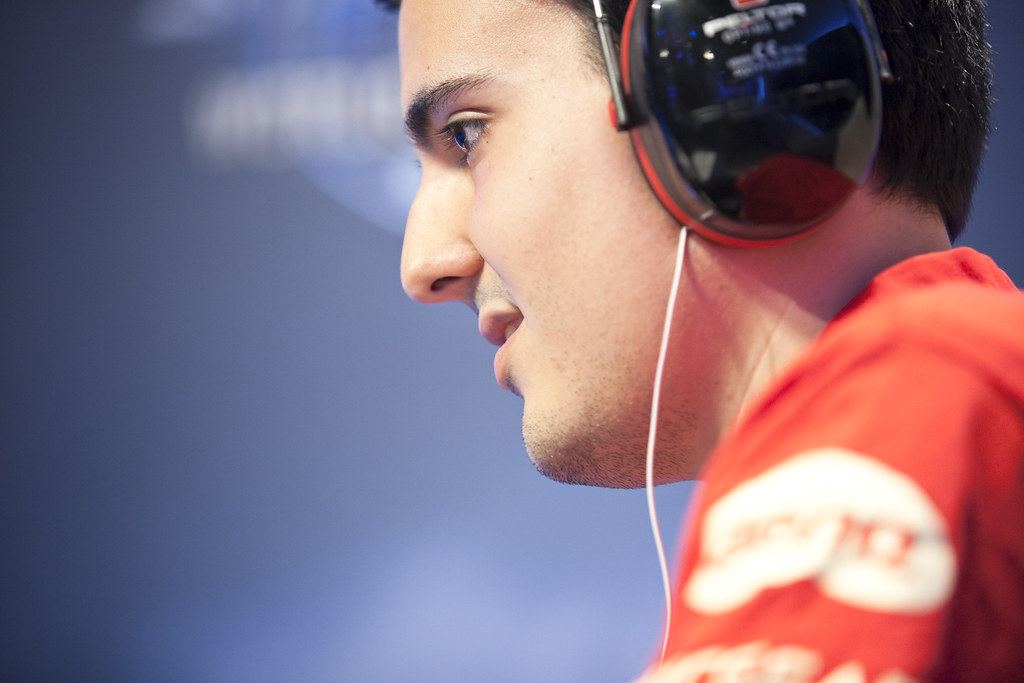 Will the veteran or the newcomer come out on top? One of only two foreigners in the quarter finals, VortiX is making his fourth consecutive appearance here. His experience indicates that the Son of Soulkey stands an excellent chance of winning this best of five. But Golden, the first Korean Zerg to ever qualify for Premier League Europe, has certainly proven he’s not to be doubted. Who will baneling bust all the way to the semifinals?

The newly minted Millenium team member (he joined on June 8th) has had an incredible season – and is overall considered one of the best and most consistent foreigners in the game. In HotS, the Spanish Zerg has a 56.88% win rate in mirror matchups – but that’s significantly dropped off in the last six months. After big losses against Hyun and Nerchio, VortiX’s ZvZ record has swung sharply from 61% down to 43.75% since the start of 2014.

The ranked 28 player fell 2-1 to fellow Zerg Tefel in the RO32 this season after an overbuilt army and lack of drones cost him game three, but came back to beat him 2-0 in the decider match and move on. Despite dropping some maps in that round, VortiX has placed top of his group in the RO16 in both 2014 Seasons 1 and 2, proving once again that he’s got the chops to push through anything. 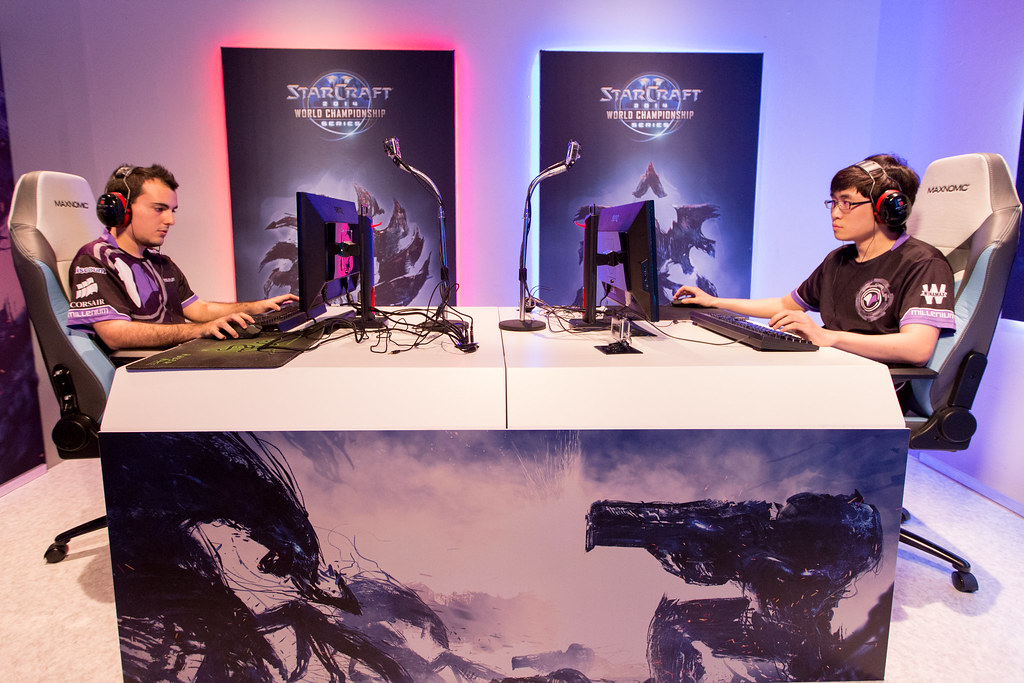 While VortiX’s ZvT skills are fairly well-known, his ZvP is even better in HotS. At a 64.3% win rate, it’s his best matchup. He’s taken eight out of his last ten ZvP games, and has taken out players of Patience’s caliber this season. If VortiX makes it through his first best of five, he’ll be facing one of the best Protoss players on the planet. Can he handle the pressure and move on to the finals this weekend?

Getting to grips with Golden 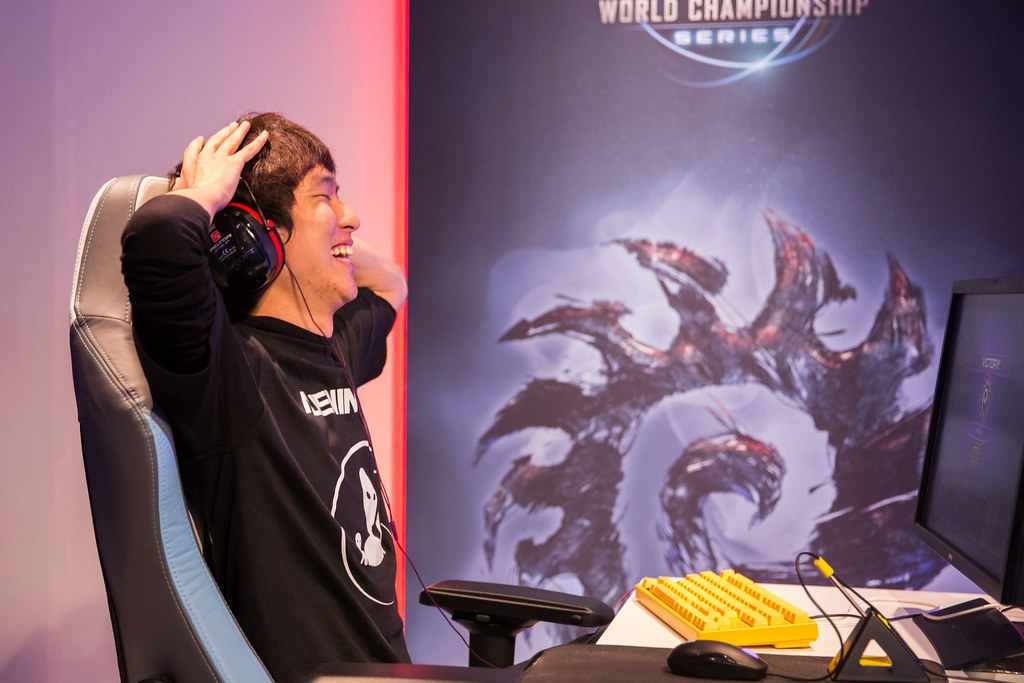 Despite falling to the loser’s bracket in both the RO32 and the RO16 in his first Premier League appearance, the Alien Invasion player has a fight in him that just won’t quit. Against Zerg, he’s at 8-11 in HotS, for a 42% win rate. Golden is currently ranked 45 in WCS, and has never faced VortiX in professional play, which may cause a few nerves, but could also prove an advantage  as his ability to thoroughly scout and a desire to force decisions from his opponent could catch the Spanish Zerg off guard.

Should he fare well in this best of five, Golden will have to dig deep to come out on top in the semifinals. He fell 0-2 to MC and First this season, but also beat Grubby and MaNa to get to the RO8. Meeting San for the first time at DreamHack Summer in June, Golden fell 2-0. Most of his ZvP play has occurred within the past six months, giving him a 10-12 record and us a reason to root for the underdog. 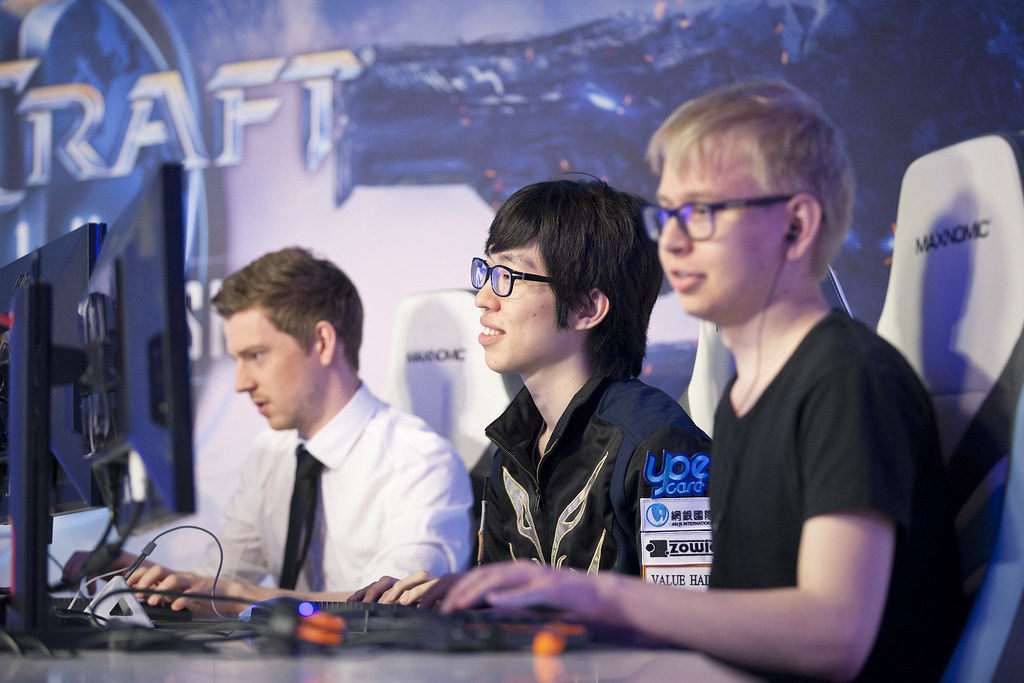 As one of two matchups containing a foreigner and the only one featuring a Terran player, this map set will have us glued to the screen. ForGG is playing some of his best matches – but so is Welmu, who came out at the top of his group in the RO16. Who will take the best of five to move on and face a Protoss in the semifinals? 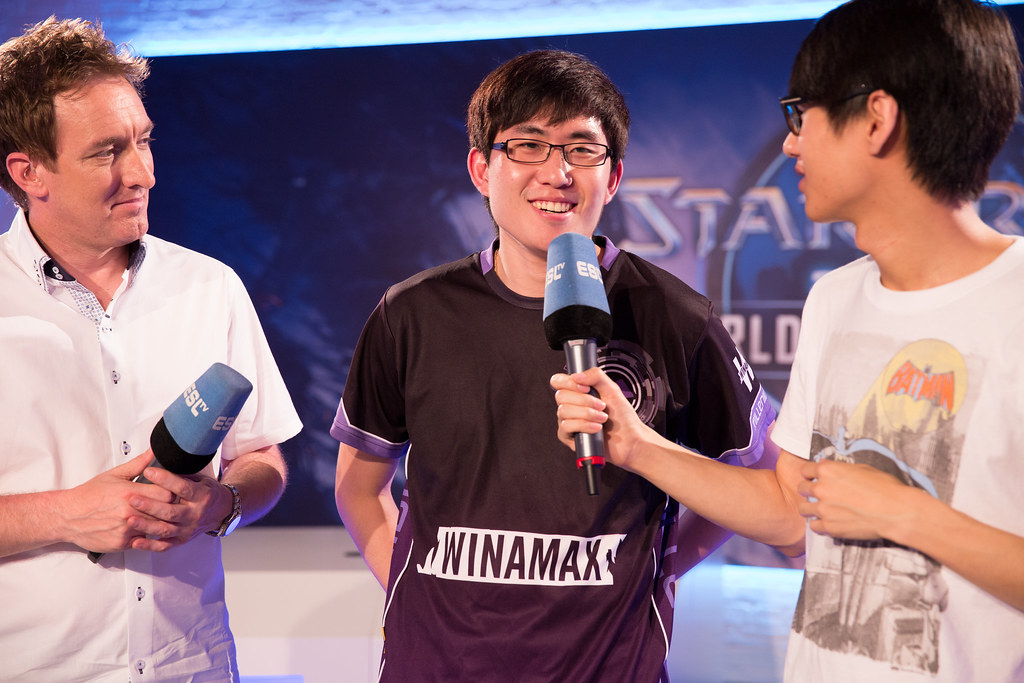 Currently ranked 24, ForGG has displayed incredible results since the beginning of 2014, despite some struggles in Seasons 2 and 3 in 2013. In the loser’s bracket in the RO16, ForGG took out Harstem 2-1 to move forward to the quarter finals and show that he has what it takes to best Protoss after being knocked out in the Season 1 RO32 by French player Lilbow.

With a 59% win rate in TvP this year, ForGG has a serious shot at advancing. It should be intriguing to see how he’ll use the Hellbat patch to his advantage in his first best of five against Welmu, who he beat 2-0 at Fragbite Masters 2014 Spring, but lost to 0-2 at Acer TeamStory Cup 3 shortly afterward. As the only Terran in the quarter finals, ForGG will surely be a fan favorite on Saturday. Will the support be enough to edge out Welmu’s recent dominance? 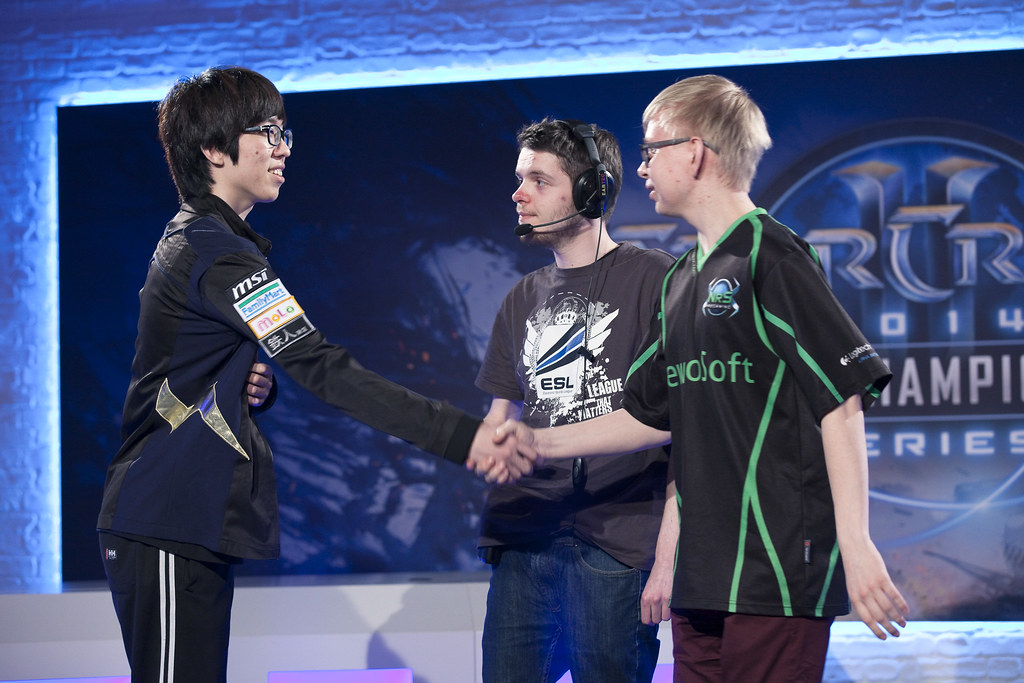 The Finnish Protoss, ranked at 23, is an even match for ForGG as a player, but if we are considering his recent PvT results overall, he’s far and beyond. He performed at a five-win streak against Terrans at ATC Season 3 in May, and took down MMA and DeMusliM in WCS 2014 Europe Premier Seasons 1 and 2 respectively. This year, Welmu is performing at a 54.8% win rate in PvT – and it’s his best matchup. This Season, he’s at 4-1 after taking out DeMusliM in the RO32 and YoDa in the RO16. Currently on a seven-win PvT streak, Welmu has a great shot at moving forward.

What could stop him? ForGG.

Before beating the Korean Terran at ATC in May, Welmu had dropped three series to ForGG, for six losses in a row. Should Welmu move on, though, he has a decent shot of taking it all the way. He’s won six out of his last ten mirror matchups and is 53% in PvP since the start of 2014. He faced StarDust in WCS EU Premier Season 3 last year, winning 2-0, then losing 0-2 in the rematch. This year, he’s lost to San 0-3 in the Season 1 quarter finals, but beat MC 2-0 to come out on top of his group in the RO16. Could Welmu be on a path to PvP revenge this season?

First versus StarDust is no MC vs. San – but it’s pretty close. While First performs nearly flawlessly in mirror matchups, StarDust, whose record isn’t as solid, often has tricks up his sleeve, surprising fans with stellar games on a regular basis. Can he shock us by shaking up First’s incredible PvP play? 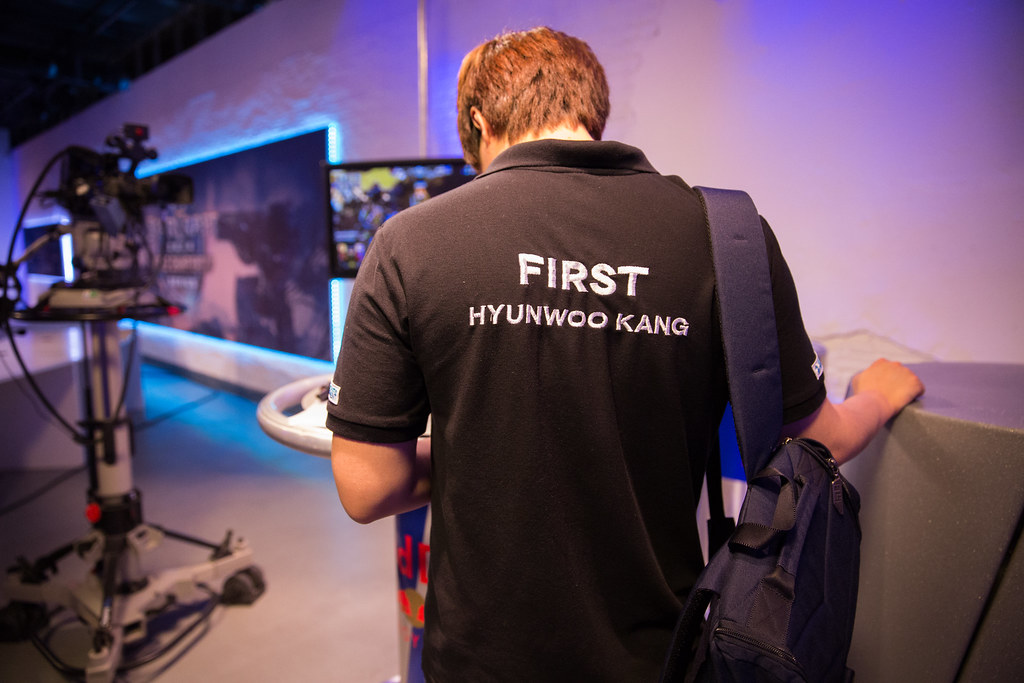 With a 75% win rate in PvP, First is looking like the leader of the pack, despite his current ranking at 40. The teamless Korean has only dropped one map this season (against MaNa, who he still eliminated in a 2-1) after taking out BabyKnight, StarDust and Golden – all 2-0.

Should he move forward, which appears likely, First may face a monster of a Terran in ForGG – but he just went 2-0 against the Millenium player at DreamHack Summer. He’s exhibited a 60% HotS win rate in PvT and hasn’t dropped a map to a Terran in pro play since the beginning of 2014, proving that he’s a serious contender for the finals this weekend.

If he faces Welmu, who he has yet to meet in pro play in HotS, his PvP should hold up well against the foreigner. While First may face a challenge in the finals if he comes up against a Zerg (he’s never faced VortiX in pro play), his PvZ record still holds at an impressive 58%. 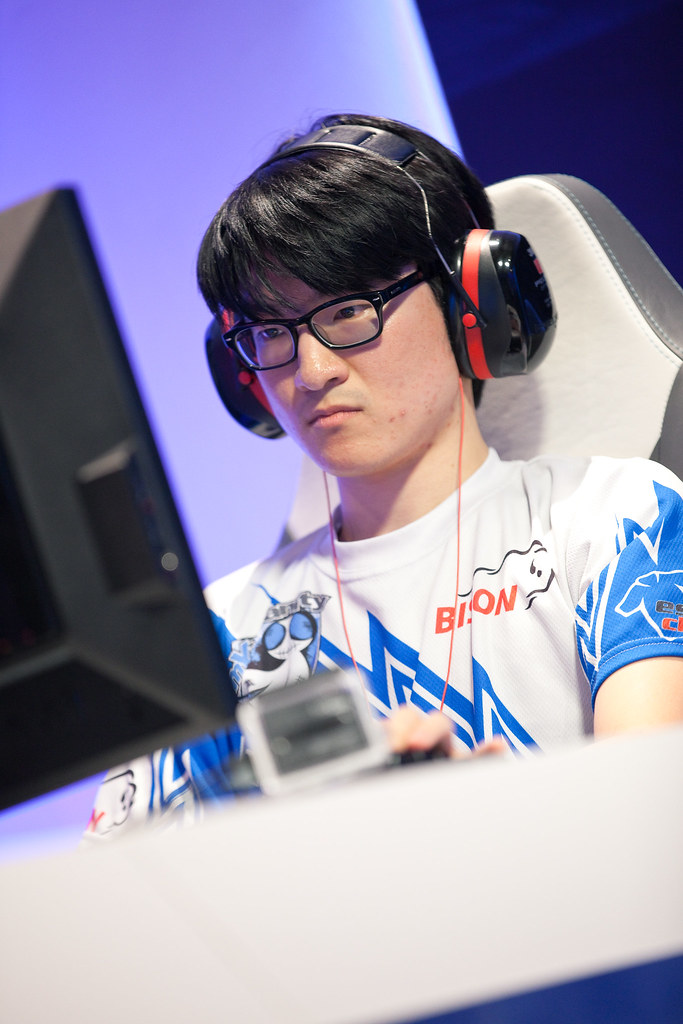 mYinsanity’s StarDust is currently ranked 10 in WCS points after an amazing nine-win streak in Season 1 that propelled him to the quarter finals, where he was taken out by MC 1-3. Though he held a 65% mirror matchup record in 2013, StarDust’s PvP results this year are not as stable – he’s at 25-25 in standard league play since the beginning of 2014. However, he’s been practicing in the CJ Entus house, and has certainly shown his chops by taking out some amazing Protoss players recently (like BabyKnight in the RO32 this season, and Huk at MLG Anaheim two weeks ago).

Should he somehow upend the wildly consistent PvP of his opponent First, StarDust will either face Welmu, with whom he’s been fairly evenly matched, or ForGG, who he’s only faced three times in standard league play in HotS – and who he’s lost to in all three meetings. He hasn’t slammed up against a Terran player yet this season, and perhaps his practice with CJ will have prepared him well for a matchup in which StarDust already shows a 61% win rate.

If StarDust’s aggressive style can take him all the way to the finals, where he could face a Zerg, he could have a chance of taking home the greatest prize of all. His PvZ has been on point in 2014 (he’s taken 71% of games) but he, like his opponent First, has never faced VortiX in pro play.

This weekend, it’s ON!

Don’t miss out on a weekend of exciting matches, hilarious interviews and thrilling celebrations. Head here to check the schedule and be ready when the time comes. And, if you haven’t picked your final players for your ESL Fantasy team, be sure to log in and make it happen today – it’s your last shot to stand out in the global rankings.