“Victory is our main motivation”: WorldEdit talks ESL One Katowice 2015

One month ago, Flipsid3 Tactics was without a team after the Swedish team including twist and schneider left. Now the organization has their next appearance at a CS:GO major coming up this Thursday. We spoke with Georgy “WorldEdit” Yaskin about his team’s chances, the qualification and who their real key player is.

ESL: Congratulations on earning a spot at ESL One Katowice 2015 at the offline qualifier! How hard was it to come back after that loss to LGB in the winner’s bracket final?
Georgy “WorldEdit” Yaskin: Thank you! This defeat did not knock us down much, so I would say it was pretty easy for us to recover.

ESL: You joined Flipsid3 Tactics on the 1st of February and have already scored your first big success wearing your new jerseys. Does it feel good to kick off this cooperation by qualifying for ESL One Katowice?
WorldEdit: Of course this is good – any partnership is better for starting with a resounding victory rather than a miserable defeat.

ESL: The offline qualifier prior to a major was something new to the scene. How do you like this idea and how happy were you with its execution last weekend?
WorldEdit: The idea is great. I am all for fair play. 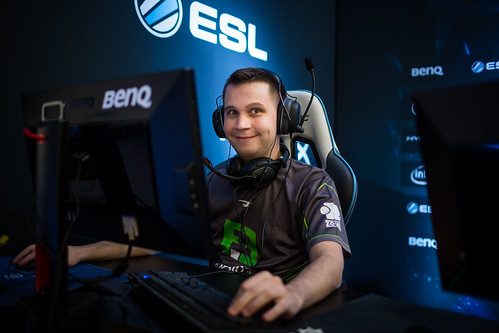 ESL: Only markeloff took part in the last CS:GO major. How important is his experience to your team?
WorldEdit: markeloff is certainly the most experienced player on our team. He has all the skills of a professional player, but as far as I know Blade also took part as a coach in the last major event. Andrei is most indispensable person on our team. We thoroughly felt it when we played VP on Starladder recently and he got DDoSed during the third round, leaving us without a captain. Despite our best efforts, we could not get together and regroup at the right time without him.

ESL: How important is it for your team to take on this Challenger role and compete among the top 16 teams in the world?
WorldEdit: Tournaments of this level is very important for any player. Despite the fact that we will be playing with a stand-in, we are very proud that we made it to the major and we will do everything possible to achieve a positive result.

ESL: As an Eastern European team, you can already expect the crowd to favor you. How important is it to have fans supporting you at the event?
WorldEdit: For us it’s very important – it’s always nice when someone is watching and supporting you.

ESL: As daT, you were already known to be able to cause upsets. Do you plan on surprising the fans even more at ESL One Katowice 2015?
WorldEdit: Of course we are planning on it. Victory is our main motivation. 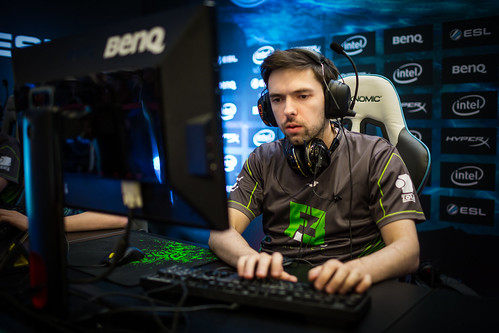 ESL: With the qualification, you’re already among the teams who are earning some extra money through stickers. How much does this mean to you?
WorldEdit: Victories are very important but financial help is also a kind of motivation – that’s why it is a great benefit to our team. We greatly appreciate Valve for giving us such an opportunity!

ESL: With Natus Vincere, there is another prominent team from the Ukraine present at ESL One Katowice 2015. How is your relationship with them and do you plan on helping each other prior to the event?
WorldEdit: We have a good relationship with them but honestly no one really talks with them from our team besides me. I only talk to seized and sometimes, after long hard games, we like to sit down relax and talk about our playing experiences and impressions.

ESL: Thank you for your time, Georgy – the final words are yours!
WorldEdit: Would like to thank everyone who supports us and a special thanks to our sponsors Aorus, Gigabyte, TorGuard, Zowie, Raven and Greater Than.

From March the 12th to the 15th, WorldEdit and his teammates will play at ESL One Katowice 2015 – follow the ESL Counter-Strike team as they keep you up to date on Facebook and Twitter!