“This will easily be the best iteration of our LoL team yet”: an interview with Marek “MepH” Walkowiak of Dignitas 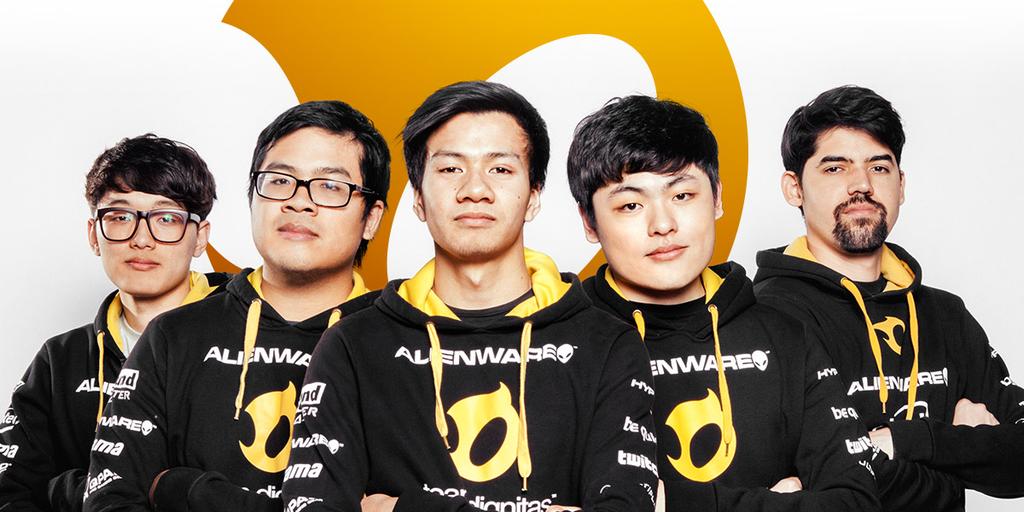 Dignitas squad manager Marek “MepH” Walkowiak has had to deal with a lot of player movement of late, but he is very confident in the strength of the new Dignitas squad. Find out what he has to say about the recent roster changes, their ties to former players and their opponents at the upcoming Intel Extreme Masters Cologne.

ESL: Hi Marek and thanks for taking the time to speak with us about Intel Extreme Masters Cologne. You will soon get the chance to play at the birthplace of the EU LCS – is this something special for you?
Marek “MepH” Walkowiak: Oh, for sure! We have enjoyed our stay and the competition at the ESL studios in Cologne every time we’ve been there with our other teams and players – I’m sure our League of Legends team will like it just as much. It will also be a great opportunity to try and defeat the EU teams on home turf – fingers crossed!

ESL: During off-season you lost Scarra, Imaqtpie and ZionSpartan. How has this loss affected the team and how comfortable are you with your new five?
MepH: Well, in the off-season as well as the time leading up to it, we all had to evaluate our plans for the upcoming season, and we respect everyone’s decision even if their plans don’t align with ours. There is no bad blood between us and Zion, Imaqtpie or Scarra and – as with all our friends – we’ll be following their careers closely! For us, it was a scenario we obviously had to plan for, so we immediately set out to find replacements for the AD carry and top lane positions. For the players, it was obviously friends moving out, but everyone’s been keeping their heads up and embracing this next step in our team’s evolution. With the new lineup we have now – and I know everyone pretty much has to say it – we honestly believe that with time this will easily be the best iteration of our LoL team yet. 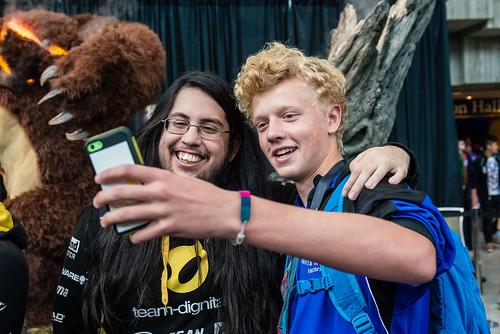 ESL: During Intel Extreme Masters Cologne, you might get to face CLG with your former coach and top laner. Is this something you’re looking forward to or a situation you wouldn’t like to be in?
MepH: Well, for the players it will first and foremost be great to meet their friends again. From there on, we’d all actually like to go up against CLG as I’m sure everyone will just be extra motivated to win and beat each other, not only helping us get the most out of our performance but also providing even better entertainment for the viewers. That said, we’ll take any match 100% seriously, whichever opponents we face.

ESL: Unlike Team SoloMid and Cloud 9, you didn’t get the chance to play at Intel Extreme Masters San Jose. Are you disappointed by this or are you happy with your spot in Cologne?
MepH: Obviously we would have loved to go to San Jose – as an esports organization, we always look to compete whenever we can. It would have given our new team more opportunities to gel in a live tournament environment – stage experience is something you can never have enough of.

However, the earlier date would have actually been cutting it quite close with the signing of the new players as well as getting them set up and comfortable with their new team. Getting a spot at Intel Extreme Masters Cologne instead actually turned out in our favor as now all the players have more time to get used to the new team dynamics and even have some first real practice time together.

ESL: When you were announced, your ADC and top laner were approved by Riot but not announced. Can you give your fans any new info on these two positions?
MepH: Having taken the time necessary to ensure that everyone is 100% comfortable moving forward with these changes, we are now almost ready for the player announcement within the next few days. As we have said before, we aren’t deliberately delaying the announcement to spite anyone, least of all our fans – we were simply making sure the addition of these new players will work out for everyone so that we wouldn’t get into any scenarios where we would have to revoke our announcement and upset even more fans.

The new lineup of Team Dignitas

ESL: With Scarra and imaqtpie leaving Dignitas, the former Rock Solid team is no more. Do you see this as leaving history behind or just a necessary step to be taken?
MepH: For us, the more important factor is not that they were on the team formerly known as Rock Solid but more so that they were essential in establishing us in the League of Legends community. These two, as well as many others over the years, have worked very hard to build this team and continuously improve it, something that we will always be grateful for. Nonetheless, it happens. Over the years, players come and go, and for us it was just, as you said, the next step, especially as it wasn’t like we felt we needed to get rid of them – they both independently decided that their future lies elsewhere which, again, we very much respect.

ESL: With Moscow 5 and Aces High, there are two lesser known teams in the tournament. What have you heard about them and could they become a real challenge for your team?
MepH: Oh, both teams could absolutely upset at this tournament, and it shouldn’t even be an upset when they do, considering the LCS teams all have brand-new lineups competing at the event. Also, Moscow 5 and Aces High have every right to be there as they qualified defeating everyone else who tried to make it! They will be as dangerous as any Challenger-level team, something LCS teams can’t write off even if they had solidified rosters.

ESL: Thank you for your time! Anything else you’d like to add or shoutouts you’d like to make?
MepH: We’re just happy that we were given the opportunity to not only try out our new LCS roster at a live event this early but also give our fans a glimpse of what they can expect going into the 2015 LCS season. As always I want to thank our sponsors Alienware, Intel, Western Digital, SCAN, 3DSystems, iiyama, be quiet!, HyperX, Twitch, Creative, Qpad and Multiplay for their support, allowing us to attend fantastic events like the upcoming Intel Extreme Masters Cologne. Thanks for the interview!

Dignitas are looking to secure themselves the Intel Extreme Masters trophy, and you can be there to see it live – grab yourself a ticket before it’s too late! Their opponents ROCCAT are also looking to take first place, however, so make sure to check out our interview with ROCCAT’s Jankos, Gambit’s groove and more to follow!