The top and flop picks of ESL One Frankfurt

After several months of Dota action, this year’s ESL One has come to a close and Invictus Gaming has been crowned the ESL One Dota 2 champions. Now that the dust has settled, we took a look at the hero picks of the past weekend and found out which heroes are on the rise and which are on the decline.

Over 60 different heroes were picked in the 18 games this past weekend. Here we take a look at the most successful heroes of ESL One as well as some of the worst. While some might have been obvious, there are more than a few surprises.

Unsurprisingly, Mirana tops the list of most-picked heroes at ESL One, just like she did for the D2L Western Challenge, the D2CL Season 3 and the Summit Finals. Mirana was picked in 11 of 18 games at ESL One, and had a record of seven wins and four losses. Despite her success, Mirana was only banned a total of three times this weekend. Most interestingly, we saw her being played as a support by both EG and iG while the rest of the teams ran her as a semi-carry/carry in their games. Her role flexibility seems to be a key reason as to why she has maintained her popularity throughout 6.81.

Wisp was the fourth-most-picked hero as well as the fourth-most-banned hero and had a record of five wins and two losses this past weekend. Despite falling off in popularity through 6.81, Wisp was picked up by three of the top four teams at ESL One: EG, Alliance, and Fnatic. Fnatic ran a Tiny/Wisp combo in three of their games, only losing one.

Tidehunter is becoming one of the more popular supports due to the buffs he received in 6.81. His durability and teamfight presence make him useful to a wide variety of lineups. He had a 4-1 record at ESL One and was banned a total of eight times. I expect to see a lot more Tide at TI4 as he isn’t normally banned in the first phase – in fact, of the top five banned heroes at ESL One, Tide is the only one whose majority of bans came during the second phase.

Despite being nerfed in 6.81, Ember Spirit has been steadily regaining his popularity. It seems teams have figured out how to play around the nerfs and bring back the powerhouse carry that dominated 6.80 – he won four of the six games he was picked in.

Lycan, Storm Spirit and Wraith King were each picked four times and they won all their games this past weekend. EG ran their famous WK support twice in their wins against Na’Vi while Alliance ran a carry Wraith King handled by Loda in a win against Cloud 9. Interestingly, EG did not pick Lycan at all this tournament despite their role in WK’s rise to competitive popularity. Instead iG utilized a pushing Lycan with Necronomicon in both their wins over Mouz. Lycan remains a highly-sought hero despite his nerfs in 6.81 – he was the most-banned hero of ESL One and expect him to stay that way through TI4. Storm Spirit was also a high-impact pocket pick used by iG, EG, and Alliance. Storm’s high mobility and ganking prowess is a major factor in his effectiveness, and judging by the fact that he was only banned once at ESL One, I expect to see more Storm at TI4.

Despite being widely regarded as some of the strongest heroes in the game right now, both Doom and Brewmaster saw underwhelming success at ESL One. While both were in the top three most-picked heroes, just behind Mirana, neither of them won more than three games: Doom went 3-6 and Brewmaster was 3-5 over the weekend. Contrasting this with Doom’s 70% win rate in The Summit and Brewmaster’s ~60% win rate in the D2L and D2CL, it seems that top-tier teams have figured out how to beat these two hard-to-kill heroes. Doom was also the third-most-banned hero in this tournament, but considering his performance when he was picked, that may not be the case at TI4. The same goes for Brewmaster, who was banned six times.

Batrider was banned ten times and picked only four times this past weekend, and lost in all four of those matches. EG picked him twice and lost twice, including one game in the grand finals against iG. Despite have one of the better skillsets for an initiator and offlaner in the game, Batrider’s viability always seems to be in a constant state of flux. Even though he was the second-most-banned hero at ESL One, his lackluster performances may change that at TI4. But we will have to wait until The International to see if teams can figure out a surefire way to use his impressive skillset.

These two supports have never been particularly strong or weak in Dota 2. Shadow Shaman has had his place in heavy push lineups and Sand King’s Burrowstrike and Epicenter have made him a decent pick for teamfight-centered wombo-combo lineups. But at ESL One, Shadow Shaman, one of the top ten most-picked heroes, went 2-4. The only team to actually win with SS was iG (2-2). But even then, they lost two games with him, making Shadow Shaman the only hero iG lost more than one game with. Sand King did not fare much better, with a record of 1-3 overall (1-2 with EG).

Over half of the heroes that were drafted this weekend were only picked once or twice. It seems the current metagame is still driven by teams experimenting with various strategies rather than sticking to a single playstyle or game plan practiced to perfection.

The top three teams – Invictus Gaming, Evil Geniuses and Fnatic – were all equally as creative in their drafting. Of their 40 hero picks, iG and EG drafted a new hero 57.5% of the time. Fnatic drafted a unique hero for 18 out of 30 hero picks. However, by far the team that experimented the most was Alliance. Though they only played four games with 20 picks, they drafted a unique hero 95% of the time. The only hero that Alliance picked more than once was Wisp – and they won both their games with Wisp. Loda comments in a recent interview with PC Gamer: “Usually S4 picks […] but we let EGM pick instead. Just to throw things around a bit and not show any of the things that we’ve practiced.” 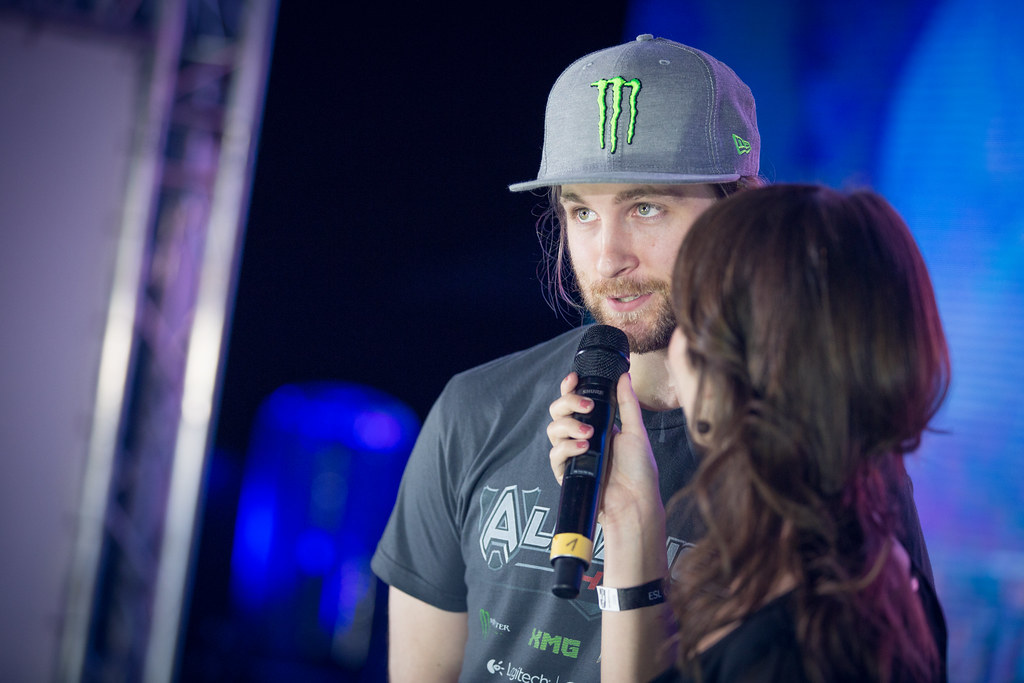 The large amount of heroes picked in the 18 games over the weekend certainly helped make for some of the most interesting games in recent memory, but with only a couple of weeks until The International, it begs the question of whether teams will begin solidifying a game plan and playstyle for Seattle or this trend of experimentation will continue. Perhaps teams are going Alliance’s route and saving strategies for Seattle. Either way, the excitement of the past weekend will not soon be forgotten, and have given us plenty to think about and look forward to in the coming month.