The Evolve Assault class: mega tank on the frontline 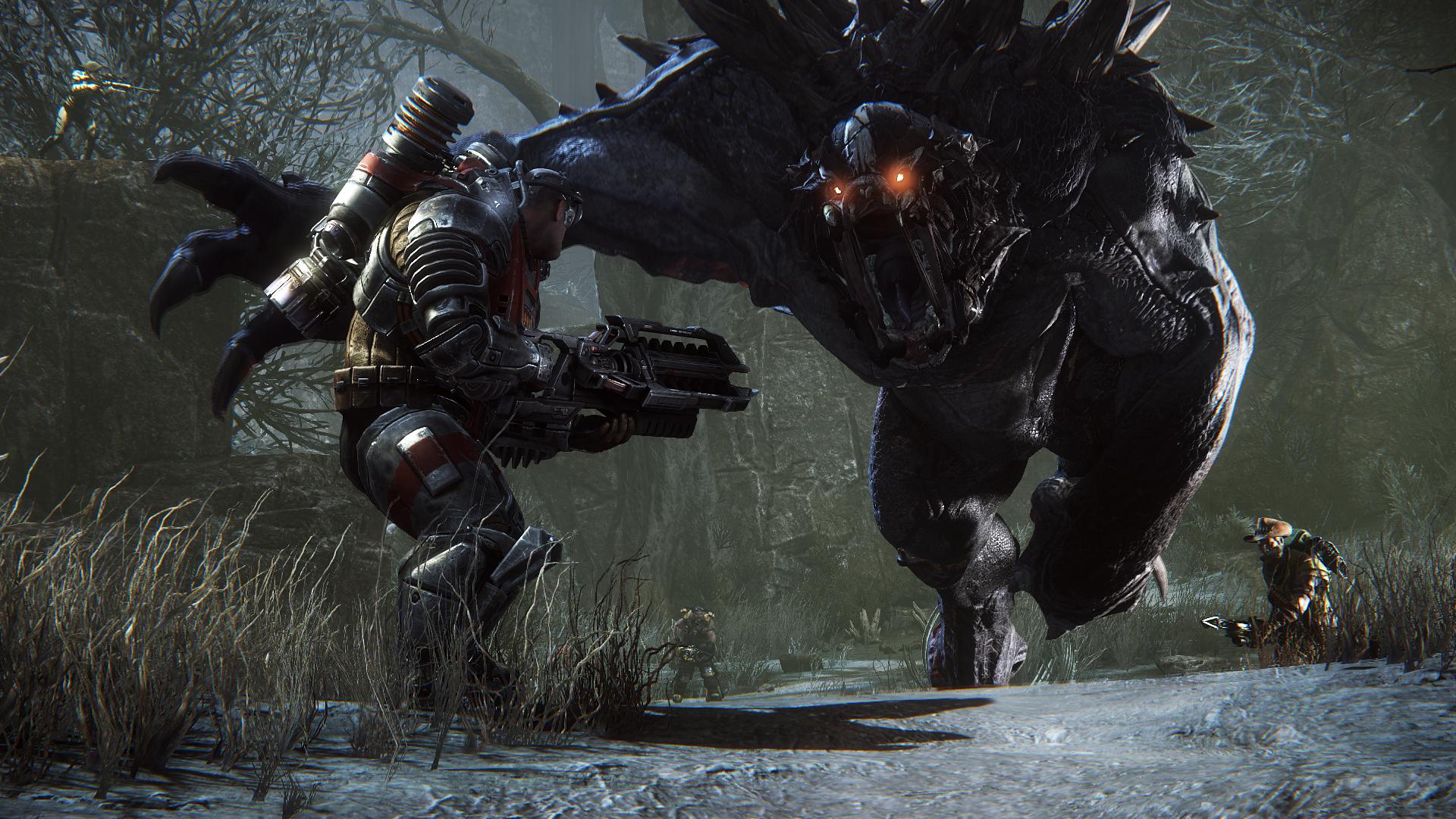 The Evolve closed alpha is just about to start. Now is the perfect time to have a closer look at the game to give you an idea about what you can expect to play as or face up against. So let’s start it off by having a look at the Assault class and figure out its strengths, weaknesses and roles in the game.

The Assault is the undeniable number one in all matters DPS. When it comes down to it, he is exactly who you want to have on the frontlines. He can tank a lot of harass and is equipped with high damage weapons. But amongst the two Assault characters, Hyde and Markov, there are some significant differences in the loadouts which are influence their respective playstyles. Based on Hyde’s loadout, he plays much like the ungodly bastard child of the TF2 Heavy and Pyro. Equipped with a Flamethrower for close range combat, he can deal massive amounts of damage in short time if left unchecked, while also wielding a not so mini minigun for longer range destruction. This makes him instrumental in not only taking down the monster, but also for eliminating the more aggressive wildlife which roams the map. Yet the high damage output doesn’t come without its drawbacks, as roasting your target requires you to get up close and personal – which can be a short-lived exercise if you don’t have your medic and support class to heal & shield you at pretty much all times. Best suited for fighting in close spaces, Hyde’s short range can be a serious drawback against monsters with high maneuverability especially on maps with lots of open space, as he is prone to being kited.

On the other side of the assault spectrum sits Markov, who may not spit fire, but can also deliver massive damage with his trusty Lightning Gun. Although it deals less damage than the Flamethrower, it is arguably more reliable. It’s range is further than Hyde’s counterpart and its beam is easier to keep focused on the target as long you keep it in the crosshairs. That way you can deal significant damage from a safer distance. This is especially useful when facing the Kraken who himself relies on a lot of range damage while hovering above the pack of hunters. Furthermore it’s very effective against groups of AI monsters, as the lightning from the gun bounces to nearby targets thanks to a chain lightning mechanic. All in all, it’s a lower risk, high reward weapon 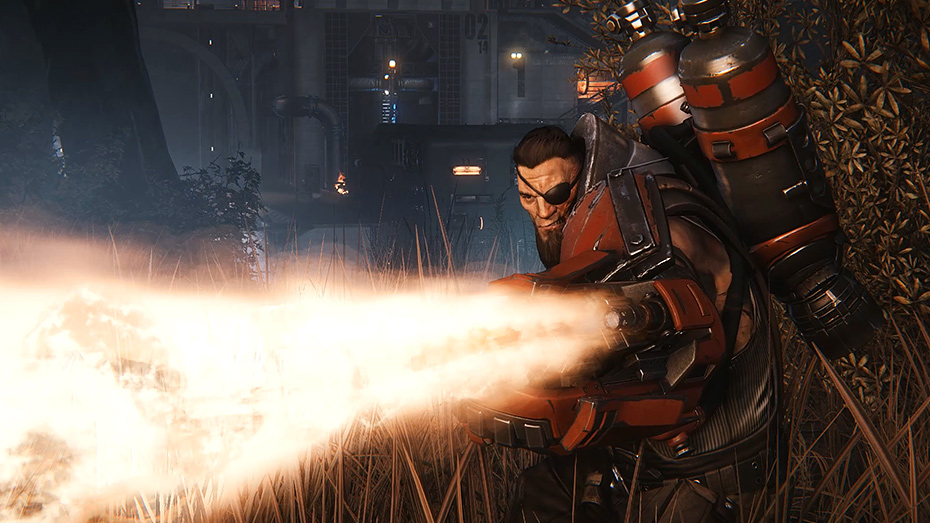 In Hyde’s second loadout slot sits the other option for consistent damage you have at your disposal: the Minigun. This does pretty much what you would expect it to do. Lots of bullets at short to mid range. It does give you the option to do some damage at a distance for when you are too low on health or the monster has the high ground advantage. Opposed to the flamethrower, the Minigun can also make use of weak points on the monster, created by other members of the team, in order to deal some additional damage. This is Hyde’s go-to weapon for chasing and most of the time for dealing with the Kraken when he hovers and flies across the landscape.

Markov’s equivalent on this slot is the Assault Rifle. As with the Lightning Gun, his rifle has more reliable range than Hyde’s Minigun while still providing the option to capitalize on weakpoints for bonus damage. The bullet spread is also more focused, allowing for more precise shooting if need be. This ties in with Markov’s effectiveness against the Kraken. But it should not be underestimated against the Goliath, notably when it’s trying to flee and you want to keep laying damage into it. As with their respective weapons, both assault classes also have different priorities for their utility slots. While Hyde is a master of zoning and area control – Markov excells at securing defensive positions and setting traps.

Hyde’s Toxic Grenade covers an area in, you guessed it, toxins. This AOE effect lasts a good while, damaging any monsters in the area. Depending on what the team needs, the damage of the skill might actually not be the biggest priority for the team, depending on the situation. Any monster affected by the Toxic Grenade will try to get out of the AOE if it knows what’s good for it, which gives Hyde a valuable zoning tool to push the monster out of preferred areas or lead it into traps. Speaking of traps, the grenade also works wonders with a good Trapper on your team. If the monsters gets locked down by either Harpoon Traps or Griffins Harpoon Gun, a well placed Toxic Grenade is the DPS icing on the cake.

Markov on the other hand has access to his pack of Arc Mines which he can distribute on the map. These do massive damage to the monster if it gets close to them and can be used both defensive and offensive purposes. In the earler phases of the map, minefields can serve as excellent escape spots from the monster, as well as traps into which to lure it.  During the later phases of the game, mines are essential for protecting objectives and ensuring that any monster trying to enter a contested area is bound to take damage. 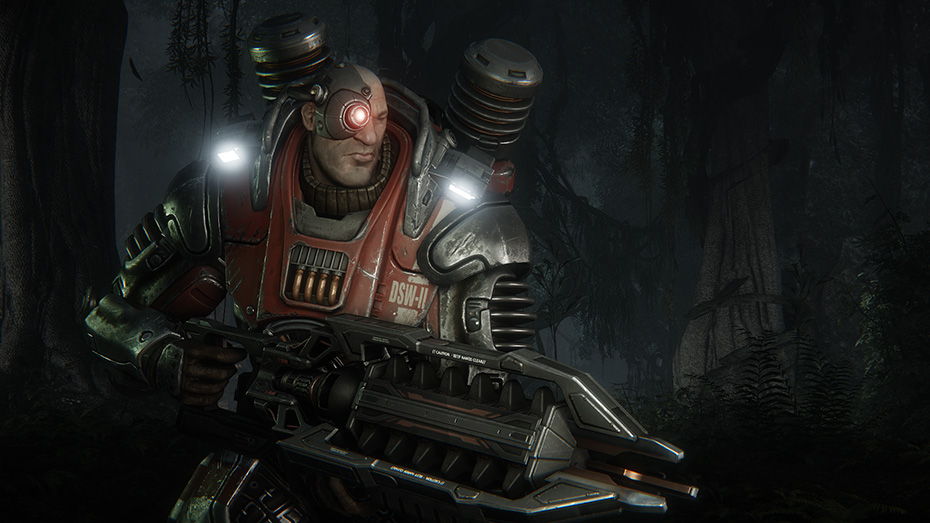 Last but not least: the Personal Shield. Also known as the Assault Class ‘get out of jail free card’. When used, the shield absorbs any incoming damage, allowing Hyde and Markov to go about their business unharmed. If you constantly dish out the damage, you are bound to be focus of the monsters wrath every once in a while. And if you do manage to get on the monsters bad side, there is nothing better than a few seconds of invulnerability. An all out defensive ability which either forces the monster to switch his target away from you again or waste its abilities and time on you instead. Be it Hyde or Markov, the offensive arsenal on the Assault class is overwhelming. If you love playing tanky frontlines that not only dish out the damage, but can also take a beating, then this is the class for you. And should you have access to the Big Alpha then you will be able to play Hyde right away, while being able to unlock Markov after some progression.

And make sure to keep checking back on our Evolve Guide HUB to keep up to date with our Evolve content and class previews.