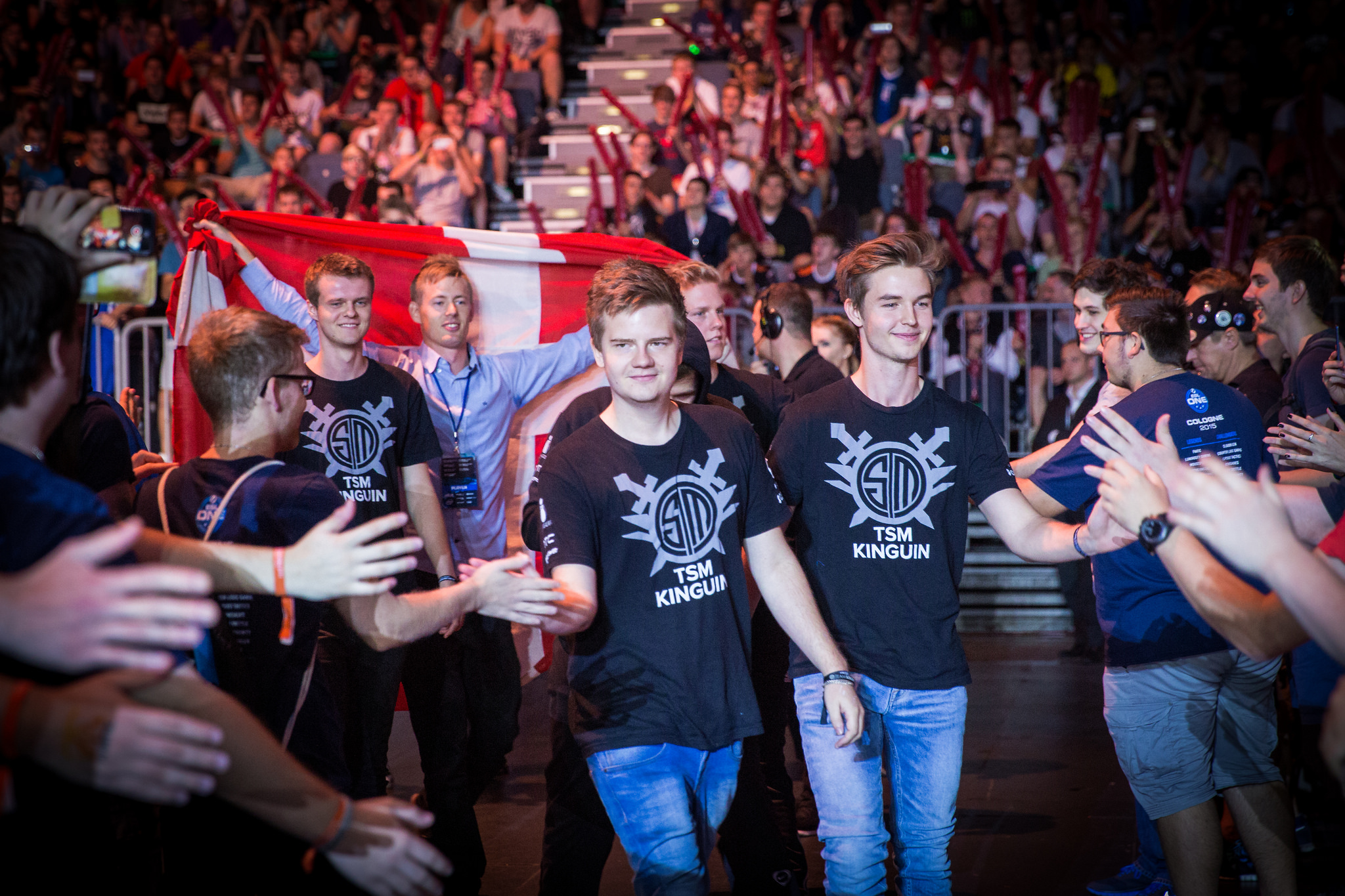 Team SoloMid have an almost Hollywoodesque title attached to their story: “the big chase”. The top team in the European region has been in the upper echelon of the scene for years now, but are still missing that one defining win at the biggest stage of them all. They couldn’t get it done while wearing the Dignitas tag, and now the TSM crew is struggling with the same quest once more. Changes to the roster like adding karrigan yielded results for sure, but not the one big result that everyone in the CS:GO scene is after.

What has changed is the makeup of the TSM losses in the clutch. A few months back, the team based around karrigan and device had a lead in some critical situations – only to give it away in the most heartbreaking fashion. Comeback losses, individual miscues snowballing out of control, slight lapses in concentration – minor things here and there escalated to them giving up major advantages at the worst possible times.

Now it feels different. The losses are still heartbreaking to watch for every loyal fan of TSM or its players, but it seems more ‘balanced’ to an extent. They don’t jump out to an incredible lead in semifinal matches any more, only to then be the bystander for some of the biggest comebacks in CS:GO history – for their opponents. The team feels settled, more stable and less flashy. Solid plays all around, good playcalling, composure and less nerves. In some shape or form, it is the next step in their evolution – but this step hasn’t quite reached the ultimate goal. In big LAN events in front of massive crowds, TSM’s track record is still rather mediocre. LAN events in studio settings they’ve mastered more and more, but the major stages of the world are still left to be conquered.

The stage in San Jose is certainly going to be one for the ages as well, and although not an official Valve major, the atmosphere inside the SAP Arena will be electric.

The team has learned how to play with the crowd, picking up a lot of steps along the way – now they have to deliver the final execution. Little twist on a feel-good story? Back at ESL Cologne 2015, the half-Danish, half-German karrigan had the chance to address the crowd at the LANXESS Arena. He thanked them for the support and emphasized just how special it is for him to be able to play on this stage, in this country, in front of his almost home crowd. Those roles will be switched for TSM come game time in San Jose. With Cloud9 as their first opponent, the Danish dynamite team will set foot on American soil, playing against the hometown heroes – some of them even hometown heroes specifically from California.

Their trouble performing in front of a live audience and lack of results in that setting notwithstanding, Team SoloMid may be in the best form of the team’s history. The disappointing and surprising loss at DreamHack Cluj against Ninjas in Pyjamas obviously hurt, but outside of that downer, it was all up.

Looking at the most recent results and current league statistics, TSM is way up there in almost everything. Just a few weeks ago in Bucharest, they clinched the inaugural PGL Championship Series title with a 3-0 stomp over Virtus.pro in the finals. Before that, Counter Pit League went their way with a sweep over EnVyUS on top of several second-place finishes at DreamHack Open in London, the ESL ESEA Pro league Invitational and the Fragbite Masters Championship Showdown.

Noteworthy here is that TSM seems to have no nemesis, no real opponent they always struggle against. Sure, they got eliminated by NiP twice in the last three majors, but outside of that trend they don’t seem to have a Kryptonite team. For long stretches this year, they were considered the team that had Fnatic’s number while no one could consistently dial them up. That illusion got shattered in the most brutal way at the ESL studios in Cologne for the inaugural ESL ESEA Pro League Season 1 finals, breaking the narrative completely. That anomaly of an event aside, TSM has had one of the best few months a team can have – barring the lack of major championships.

Even in the ESL ESEA Pro League Season 2, the team of dupreeh, device, cajunb, karrigan and Xyp9x is ruling the European division. After seven of nine weeks, TSM is on top of the leaderboard with an incredible score of 17 wins to only three losses. In those 20 matches, they outscored their opponents to a round difference of 122 in total, making them not just beat opponents but obliterate them regularly. Every major opponent in the EU division of the ESL ESEA Pro League has already felt the wrath of TSM, who are on a mission to avenge the poor Season 1 outing tarnishing their 2015 resume.

In the ESL ESEA Pro League, only Na’Vi and twice Fnatic could take games off the Danish roster, Fnatic once even needing overtime to put them away. A ten-game winning streak throughout the season, two of the three losses coming early in the season in weeks one and two – TSM is on a roll and ready to pounce. Are they going to turn into sharks at the SAP Arena as they smell blood in the water, or will they once more regress and fail to hoist the big trophy in front of a roaring crowd?

Team SoloMid will be joined by seven other top CS:GO teams, who will battle it out for the Intel Extreme Masters trophy in North America’s first ever CS:GO stadium event. There are still tickets available to the biggest CS:GO tournament North America has seen – be sure to secure yours today and avoid missing out on any of the upcoming action!