Summer’s here and so are the esports! What’s up next at ESL

June has barely begun but the month is already packed with exciting esports events. No matter what your game, there’s bound to be something to pique your interest in this month’s lineup…

Throughout June, the ESL ESEA Pro League has seen some of Europe and North America’s best Counter-Strike: Global Offensive teams go head to head. Check out our latest recap here, and head over to the event’s official website for all the latest about this massive CS:GO competition including when and where to tune in.

The grand final of the Evolve Proving Grounds tournament will take place on Wednesday the 17th of June 2015. After a series of online qualifiers and LAN regionals, four top teams have been determined, and these two European and two North American teams will battle it out in Los Angeles in front of a live audience for their share of the incredible US$100,000 prize pool. Be sure to tune in to find out who will emerge as the world’s best hunters and monsters! 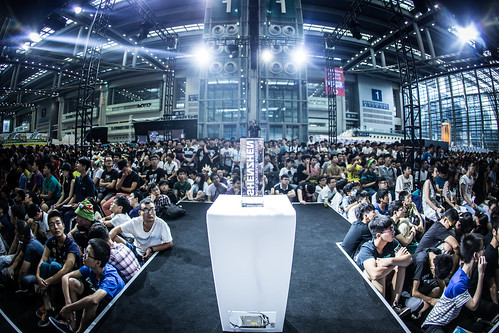 In the coming weeks, you will have the opportunity to qualify and be a part of Intel Extreme Masters Shenzhen! Test your skills against the world’s best StarCraft II players for your chance to play on the big stage at the Shenzhen Cartoon and Animation Festival – just sign up to the open qualifiers for your respective region and, with a bit of luck, we might see you competing live in Shenzhen!

The MKX Pro League gives players the opportunity to compete online every week for prize money and season points that go towards qualification for the global season finals. There are three different regions – Europe (Xbox One), North America (Xbox One) and CIS (PC) – with each fighting for a hefty US$1,000 prize pool every week. The next cup takes place tomorrow, with the round of 16 final being broadcast on Wednesday the 10th of June. To find out how to sign up, check out the full schedule and more, be sure to visit the MKX Pro League’s official website.

ESL One Frankfurt is fast approaching! In just two weeks time, we will be watching some of the world’s best Dota 2 teams clash for a US$250,000 prize pool at the Commerzbank Arena in Frankfurt, Germany. It’s still not too late to try and grab your ticket for Europe’s biggest Dota 2 event on the 20th and 21st of June, with more information about this massive competition available on the event’s official website.