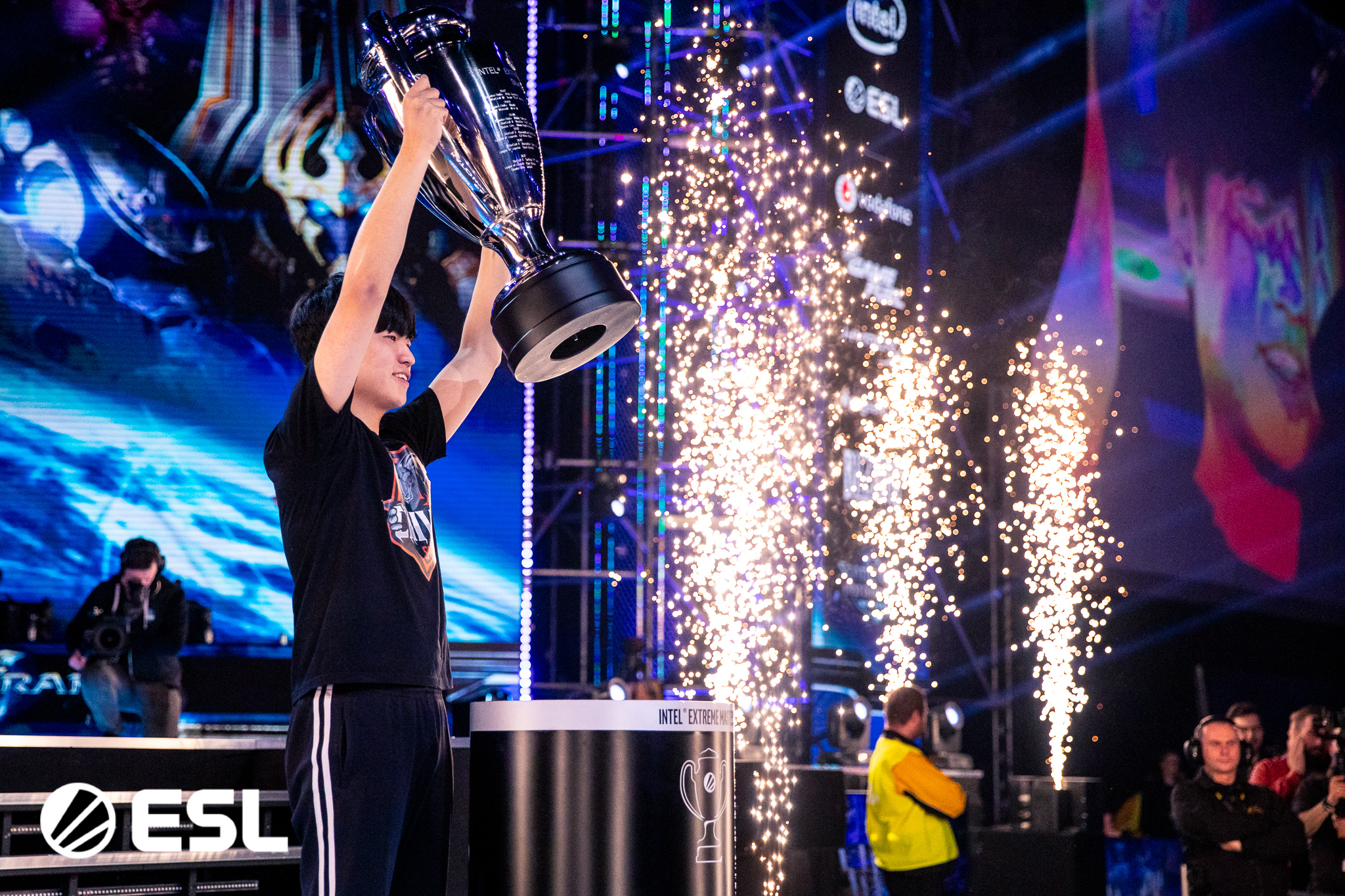 The IEM Season XIII Katowice event was a fantastic display of Starcraft 2 skill, with 76 players from around the world competing for a prize pool of $400,000 and the coveted IEM Katowice Trophy. There were many close games and just as many upsets, culminating in an extremely emotional ending.

The 64 initial players at the Spodek Arena were quickly whittled down, leaving 12 to make it to the Playoffs

The Playoffs started off fast; 5 consecutive 3-0’s led to Trap, Zest, Ragnarok, TY and Dear all being eliminated in a matter of hours. TY’s departure meant Terran no longer had a representative in the tournament, leaving Zerg and Protoss as the only contenders. Thankfully the run of 3-0’s was stopped in its tracks by an epic ZvZ confrontation between soO and Serral. The matches swung back and forth, with Serral winning the 1st and 4th, and soO the 2nd and 3rd. Eventually soO managed to knock out Serral in the 5th and final match, putting an end to the World Champion’s long win streak. This was especially surprising considering soO’s performance in the Group Stage, as he came 3rd with a score of 0 at 6-6. Solar was eliminated along with Neeb, leaving soO, herO, Stats and Dark to play on the final day.

With only Korean players left, and World Champion Serral out of the picture, it was anyone’s guess who would walk away with the IEM Katowice Trophy. Both Semi-finals were PvZ, and both ended up as a 3-1, with soO and Stats beating herO and Dark respectively. This meant the finals would be an enticing PvZ as well, with both players eager to display the mastery of their preferred race.Thus the stage was set for an epic battle on the Spodek Arena main stage. soO, a veteran SC2 player who had been struggling with a ‘curse’ of consistently achieving 2nd place, against Stats, another vet who had come 2nd only to Serral in the World Championship just 5 months prior. soO had beaten Serral, but could he take down Stats?

The Grand Finals started off extremely strong for Stats, who quickly won 2-0 in Automaton and Cyber Forest. soO was visibly distraught at the end of the 2nd match, clearly imagining yet another 2nd place finish. But not to be dismissed so easily, soO fought back, claiming an incredible 4 matches in a row on Kairos Junction, King’s Cove, Port Aleksander and Year Zero. Just like that, soO had come back from the brink and proved he had what it takes to win a premier Starcraft 2 tournament.

In an emotional interview with Smix and choking back tears, soO had this to say about his run at IEM Katowice:

What an incredibly emotional interview from @ChivosoO.

With his victory over Stats, soO walked away from the tournament with over $150,000 and 3000 WCS Global Points.