“Something had to happen or the team would have just melted”: an interview with Team EnVyUs’s Happy 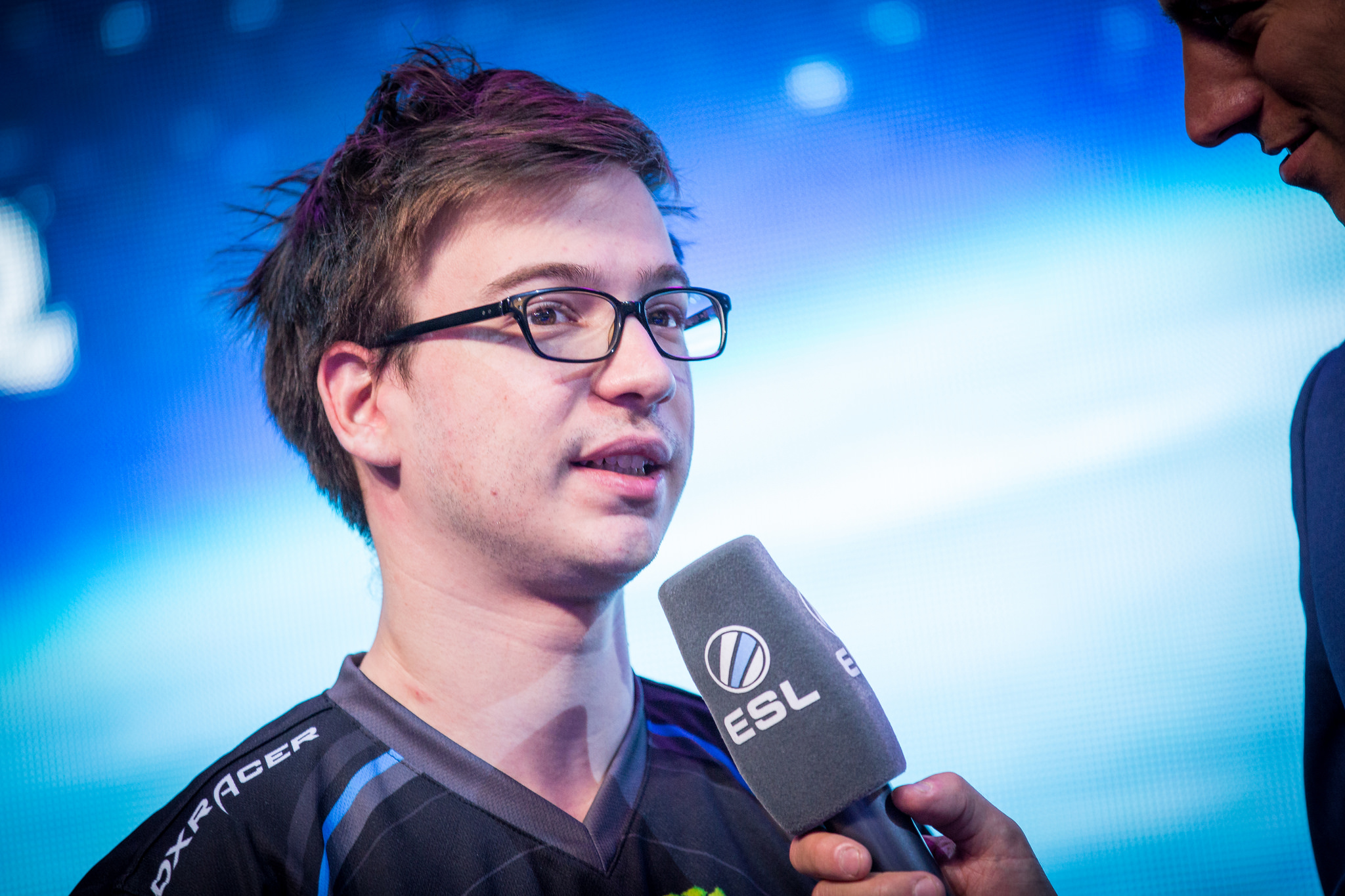 ESL One Cologne is now only days away, and sixteen of the best teams from around the world are preparing for the next Valve major, the battle for the ESL One championship and a share of the US$250,000 prize pool.

Team EnVyUs is among those teams, and will be fighting for their first major title. We sat down and chatted to Vincent “Happy” Schopenhauer about the team’s roster changes as well as the upcoming event.

ESL: Hello! Let’s start with the ESL ESEA Pro League finals. What’s the team’s mood like after the tournament?
Vincent “Happy” Schopenhauer: We’ve had a new roster since the LAN after ESEA, so right now we are just training hard in bootcamps to achieve our goals.

ESL: You faced Cloud9 twice in the finals and lost both matches -­ were you surprised by their great form and performance?
Happy: Not really – they were a rising team, they rely heavily on anti-strats and analysis, so I’m not that surprised. We were in a slump and they were kind of a coup de grace for us. Now that the dust has settled, we will see what happens with the results.

ESL: You just recently made roster changes by swapping players with Team Titan. What was the motivation behind letting go of SmithZz and shox as well as acquiring kennyS and apEX?
Happy: There was a long list of problems that lasted for a long time. At some point, we couldn’t go back to being a real team and something had to happen or the team would have just melted. Getting fresh blood with people like kennyS and apEX is a great thing. As long as they want to learn and play as a team, I know we can achieve a lot of great things together. As always, it will depend mostly on how they want to improve themselves as players within a team. They have the qualities found among the very top elite teams – the rest is just work and dedication.

ESL: What do the new players bring to the team?
Happy: It’s pretty simple. apEX brings a moving-forward type of energy and entry-fragging power. KennyS is obviously the main AWPer, and he can destroy any other top-tier AWPer in the world – so there is that in our bag.

ESL: The next major is ESL One Cologne, which you are invited to. How are you planning to prepare for the event?
Happy: We are bootcamping at the ESL studios in Cologne. Even if it rains a little too much, we are practicing and will try to have the deepest map pool possible prepared in time for the major. As always, let’s pass the group stage phase first and we’ll see what happens next.

ESL: Apart from the invited veterans, we will also see teams who’ll make it through open qualifiers. Do you think they might cause any upsets?
Happy: I don’t know – I’m focused on my group. I guess Titan is still a contender for upsets and I also see Kinguin, who can definitely upset us.

ESL: Reigning ESL One champions Fnatic seem unstoppable, having just won the ESL Pro League, and may be the first team to win two majors in a row. How do you plan on stopping them?
Happy: Well, safe to say they will probably make it at least to the semifinals, if not the grand final itself. I don’t really know much about Fnatic as we didn’t really practice against them, but when we do, they still seem pretty good, which is remarkable after so much time and success. If we play against them, it will be a brawl, I think – we’ll see. It will only be our second event as the new EnVyUs.

ESL: What are you looking forward to the most at ESL One Cologne?
Happy: I guess I want to prove that NV can climb the world ladder, that we have a chance at winning any tournaments we attend, like we used to a few months back. I’m really eager to see how the new team reacts under pressure against big opponents in a major settings.

ESL: Do you think European domination will prevail at the event?
Happy: Well, we can agree that the only team in the competition outside Europe is Cloud9, so even if they’re good, there’s still only one team that can do damage. One match failed in the brackets and you’re out, so I guess yeah, Europe will still “dominate” for some times.

ESL: Thanks for chatting with us and good luck in Cologne! Do you have any shoutouts to make?
Happy: Thanks to team EnVyUs, Monster energy drinks, Gaems, DXRacer, Scuf Gaming and Astro. Thanks also to Mike and our manager Jordan, thank you for the interview and see you soon in Cologne.

If you want to see Happy and his team compete at the LAXNESS Arena in the world’s biggest CS:GO event, there are still tickets available – grab yours here! In case you can’t make it to the finals, Esports in Cinemas is also giving you the chance to watch the games on the big screen of your local movie theater – find your nearest venue and get a ticket here!