Round of 16 wrapped up in season three of WCS 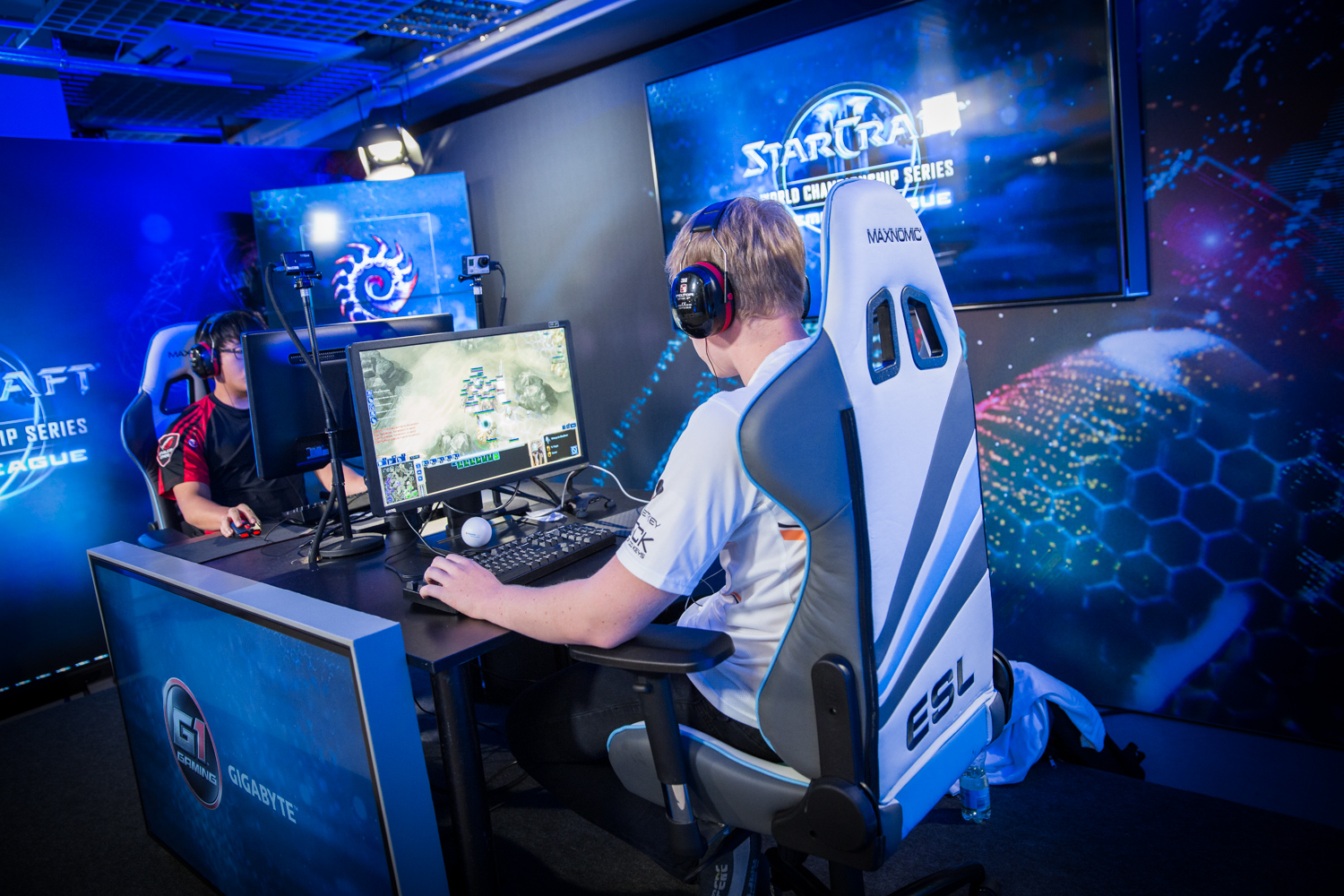 The WCS adventure in Katowice wrapped up on Thursday and it turned out to be an emotional day for players and fans alike. With one player knocked out after every series played, contestants knew they either had to win or pack up and go home.

At first glance, MaNa seemed like the safe bet in the first matchup of the day. But elfi’s relaxed approach and unpredictable play style caused trouble for the Pole, almost causing a major upset in group A as the Finn pushed the series into a draw after round 2. After a brilliant defence play in the third round, MaNa was able to turn the table on elfi, hunt down his attacker and finished both him and the series with a  2-1.

MaNa would then move on to face MarineLorD. While both players gave a slightly shaky impression during the initial round, MarineLorD was the one seemingly enjoying the games the least. While MaNa was biding his time, MarineLorD was getting more and more frustrated by the drawn out games which not only showed on his face but also in his plays. MaNa eventually won 2-0 – securing not only the second spot in group A, but also his place in this weekend’s finals.

Final standings in group A:

Next up was the interesting matchup between Sen and GunGFuBanDa – an old school Zerg player vs the Protoss ’whippersnapper’. Both players had in their previous games performed OK, but far from convincing, leaving both of them with a lot to prove. Sen opened the game with a daring attack but was quickly pushed back by GunGFuBanD. After that the game pace was more or less exclusively decided by the young German who, after a risky canon push, also managed to win round one. For a while it looked like Sen would bounce back in round two. But greed got the better of the Taiwanese player, making him wait two turns too long while attempting to build up a bigger army than maybe necessary – GunGFuBanDa moved in and forced the victory.

That put GunGFuBanDa against the one player he had previously expressed concern in going up against – Norway’s Snute. Snute took game one despite some smaller misplays, but quickly fell apart in round two. The Norwegian became slower and sloppier while distributing his forces which GunGFuBanDa was quick to pick up on and take advantage of. As GunGFuBanDa started picking of Snute’s buildings one by one, Snute could do nothing to prevent it.

In group C, Hydra probably caused one of the biggest upsets of the season when he lost to Elazer in the early stages of round of 16. But the reigning champion came to the set prepared and hungry for revenge – something viOLet would bitterly taste in the first series of group C. Judging by the expression on his face, viOLet knew he was underperforming after losing round 1 to Hydra. And as round 2 started it quickly became clear that Hydra was playing to win and would accept nothing but a win, making it impossible for viOLet to ever get back into the game.

Hydra won the games against viOLet 2-0 which once again matched him against Elazer – the player who had done the seemingly impossible and beat Hydra only the night before. Would Elazer be able to do it again?

As the map picks were presented, it became clear that Hydra had learned from his mistakes from previous night – the four-player map that cost him the win had been vetoed and scratched. Looking in much better form, Hydra then moved on to play the game everyone had expected to see the night before. In the end, Hydra’s mind games and decoys became too overpowering for Elazer to stand against, despite the youngster showing some impressively confident plays. Elazer’s fairytale championship was officially over.

In group D, iguaz was up against Jaedong. And while it for a short while looked like Jaedong would be throwing the game after a massive misplay, the Korean managed to smooth over his mistake and convincingly take round 1. Round 2 also fell in Jaedong’s favour as he had created a momentum for himself that proved impossible for the Australian to break.

The last game of the evening – and round of 16 – turned into a real nail-biter as Jaedong played ForGG. Going into round one, it was as good as impossible to predict who would come out as the winner and who would be forced to go home.

ForGG’s constant harassment of Jaedong’s bases and well-timed killing blow earned him the victory of the first round. In the second round though, Jaedong bounced back and proved he too could play the game. After shutting down ForGG’d advances with conviction and forcing a painful retreat, Jaedong was ruling the map. But just as you thought it was over and everything was done – out of nowhere – ForGG resurrected, managed to strip away most of Jaedong’s economy and forced an aggressive expansion. In the end it all came down to precise timing and brutal aggression, in which ForGG excelled.

With all of the games played out and all groups settled, it was time for the playoff draws and see who would play who in the upcoming round of 8. With everything drawn live, for your viewing pleasure, here is what you can to look forward tomorrow as the tournament moves on to Kraków and trembling last days of season three’s WCS:

Don’t forget to update your ESL Fantasy bracket and, most importantly, don’t forget to join us for the games! Tune in here at 15:00 CEST and follow @ESLSC2 on Twitter for all the latest updates! For more information about the WCS, visit the tournament series’ official website.