“Quake changed my perception”: a chat with ESL CEO and co-founder Ralf Reichert 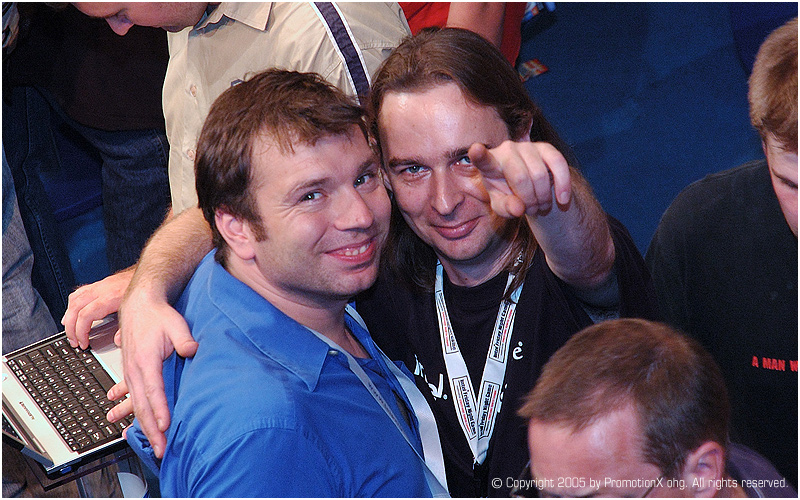 As we prepare the next steps of our journey with our brand refresh, we caught up with one of the gamers who helped shape ESL from the very beginning.

Although he doesn’t have as much time to play as he would like to these days, Ralf Reichert is still a gamer at heart. He was a founding member of ESL back when no one could foresee the phenomenon that esports is nowadays and has had a privileged insight into the industry’s growth for the last 20 years. He’s also quite into Dota 2 these days. This is his story.

What was the first competitive game you experienced?

Very clearly Quake. I had played a lot of games, a lot of football games like Sensible Soccer, lots of racing games… Mario Kart. Lot of strategy games, Command and Conquer and Dune, in different multiplayer modes. Even in networked LANs, the early shooters like Duke Nukem, Hexen and so on…

But Quake was really the first game where there was an online community, a true competitive community which went beyond border with scenes in America and in Europe which seemed connected to each other. That really changed my perception from gaming being a very local, organic friends-oriented phenomenon to becoming an online phenomenon with fans, players, organized leagues and player-organized journalism.

For us, going to LAN parties, tournaments and experiences as a digital sport between 96/97 and 2000 was what made the biggest impression on me and the reason why I became involved with founding ESL and everything we did after that.

Was there a specific moment where it all “clicked” for you and made you dive head-first into esports?

There were many different tournaments and LAN parties where we played. The biggest one at that time we were involved in at the time, in 1998, was a TrueGamers Invitational, a 1v1 tournament. My brother Benjamin “Kane” Reichert played there and actually my mom and dad came with us too. It was the first tournament we went to as a family.

My brother finished an unlucky second. It was an unbelievable tournament at the time, people from Australia, North America, England and all over Europe competed. It was a once-in-a-lifetime experience. When we got home from Gothenburg, where the tournament had taken place, my mom told us: “look, I’ve watched you kids play football all your life, now I watched you play videogames and I can say it’s the same. If I was any closer to videogames, I would continue watching you as I watched you play football.”

We are changing our look, but our passion for esports remains unchanged. Click here to learn more about what’s new and how you can help us shape the next steps in this journey!

We’ve heard around the office that currently your favorite game is Dota 2, is that correct?

It’s the game I play the most. I play somewhere between two and ten hours a week, depending on how much I can spare.

What’s your preferred role in the game?

Due to the limited amount of competitive time I can put in, it’s support. As most people, I enjoy playing more as a carry, but due to my skill level it’s a support role.

And who’s your favorite hero?

Mirana, because I like characters who you can play as semi-support, core or semi-carry. I prefer versatile heroes.

How would you compare the esports industry between now and when ESL first started?

When ESL started in 2000 there was no esports industry, there wasn’t even a word “esports.” There was no recognition as an athlete for players. So the progress has been crazy, it’s a day-and-night difference between 19 to 20 years ago and today. It’s unbelievable.

When the company was founded, did you picture it would look like this almost 20 years later?

Because we were very young and naive when we founded the company, we thought the growth of gaming and esports specifically would go much faster. But we never thought it could be so life-changing to society as a whole or that gaming would become the leading entertainment media for a young and dynamic generation.

That was something we had no idea about. We didn’t think it was going to be so big, that it would have that kind of an impact across all sports federation and basically become the sport of the 21st century and I don’t think we have seen the full magnitude of that yet.

It took longer, but it became bigger.

Where do you see ESL in 5 years?

Hopefully as a company which continues to help bring the industry forward, to help innovate, to help build the best stages around the world. Where players and teams can compete and shine, where they can make a name for themselves. Where it has a social impact on the life of many people, players and athletes across many different games and regions without race, heritage or gender being a limiting factor. Basically a place where everybody can be somebody.

Despite all the changes in the industry, what would you say is still the same as in those days in the nineties and will probably always stay the same?

The emotions. The reason why we founded ESL was to turn players into stars. To change the perception of players, to have them be celebrated young adults. I hope that this always stays the same, that it’s about the emotion of winning and losing. That it’s about the aspiration to start as an amateur and end up as the winner of something meaningful.

A good friend of mine said about 12 years ago: “If you have the will to win, you will win.” That whole thought process is to a large extent the basis of all sport, and therefore esports too.

We want to hear from you! Where do we go next in this journey? Click here to help us shape the new ESL.