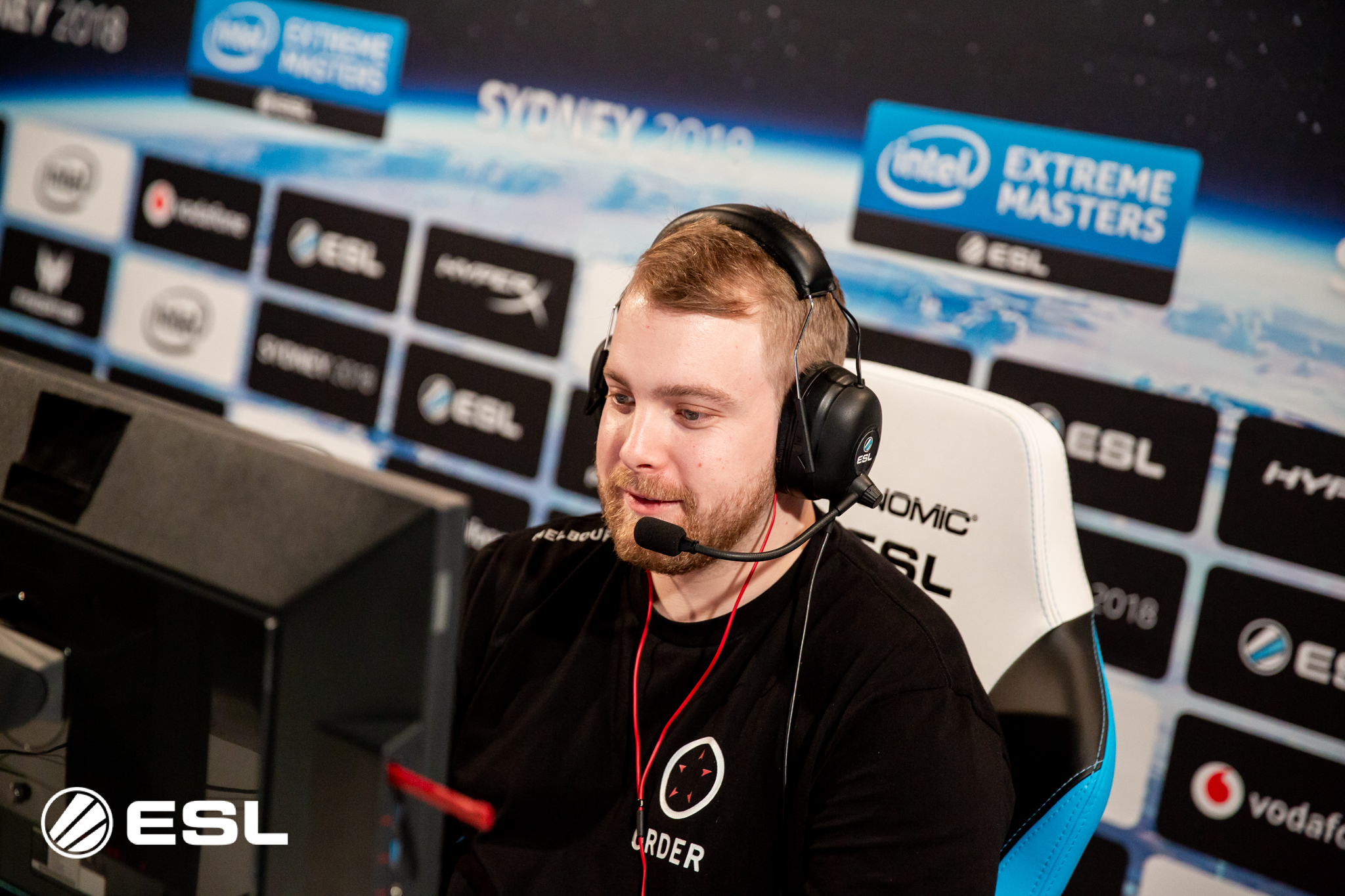 Have you ever wanted to own an esports team? Australian organization Order gave its fans the opportunity to put their money where their heart is with an innovative campaign that will make them the world’s first fan-owned esports team once the ink has dried and all formalities have been finalized. They’ll also be looking to translate their hot streak from the crowdfunding space to the biggest stage in competitive Counter-Strike at the ESL Pro League Season 8 finals in Odense this coming week.

“I believe that fans identify with organisations that they have an affinity with”, begins ORDER Director Gerard Murphy as he explains why his organization is trying to do something unheard of until recently in the esports ecosystem. Giving fans an opportunity to own a part of a successful organization is an idea that goes against the grain of how teams in the space are usually managed and is more reminiscent of how traditional soccer clubs like FC Barcelona or Real Madrid go about their business, where fans have a direct say through membership in the future of their team.

“A key part of the equity crowdfunding strategy is to provide fans with the opportunity to invest in ORDER, if they identify with our values and brand”, he continues.  ”If we as an organisation understand who we are and what we stand for, then it makes it much easier for fans to decide if we are the right organisation for them to follow, regardless of who is representing us, or where we are competing”.

Having raised AU$361,394 by offering shares in the parent company that runs the team through a crowdfunding platform, the organization exceeded its own expectations by surpassing their minimum goal. As they prepare to finalize the formalities that will see them tackle the following years under a revolutionary model, Murphy believes that their community focus will give ORDER a big edge in achieving their ambitions goals.

“We will continue to communicate and consult with the gaming community and our fans to identify where we can add value and what their expectations are now and in the future”, he concludes.

ORDER are currently one of the top teams in the domestic Australian scene. They won their ticket to the Odense EPL Finals as the no. 1 seed from Oceania and have already gathered some valuable experience by qualifying to top international events like IEM Katowice and IEM Sydney in 2018. Despite a positive year, ORDER Head of Operations Naithan Briffa believes they can still aim higher. “We recently implemented a new system so once everyone has had time to get comfortable with it, we see ourselves as becoming the number one team in Australian Counter-Strike”, he said.

The land down-under has produced some very exciting CS:GO talent in recent years, especially in the various rosters of Renegades. As their domestic scene continues to grow, so does the expectation from local fans to see an aussie team climb to the higher echelons of the game. Other scenes outside NA and EU, such as Brazil, have managed to break the geographic dominance of the traditional esports regions, so what needs to happen for Australia to take a similar step?

“The standards of play and level of competition are also growing at an incredible rate. Aussie CS fans are just like Aussie sports fans. As a culture we’re larrikins and want to have a bit of competitive fun – our CS fans are exactly the same”, explains ORDER in-game-leader Chris “emagine” Rowland. “We’ve seen the former SK Gaming Brazilian roster dominate despite the connection and geographical challenges in the past”.

“The difference between Australian teams and the Brazilian team is the language barrier”, he continues. “Due to their national language being Portuguese, talent has been kept in-house which has been their strength. Australian players speak English so it’s quite easy to transfer to an international team. What Australian teams are up against is the fact that international teams have better financial investments that allow them to poach Australian talent. However, as Australia’s esports scene grows momentum, we can definitely rise to the challenge.”

As for his teams expectations in Odense, Rowland avoids setting any fixed targets, signaling their desire to just go out and see how far they push against the most elite teams in the world. “ESL events have played a huge role in my entire career, they’re the most developed tournaments and something I have been lucky enough to attend. For any new player of Counter-Strike, ESL events should be at the top of their list as something they’re striving for”.

We’ll find out soon enough if this revolutionary organization can cause an upset in Odense on December 4-6. At the very least, their innovative business model has already rocked the financial boat of the esports industry. Follow our official CS:GO accounts on Instagram, Facebook and Twitter to stay up to date with all things ESL Pro League.