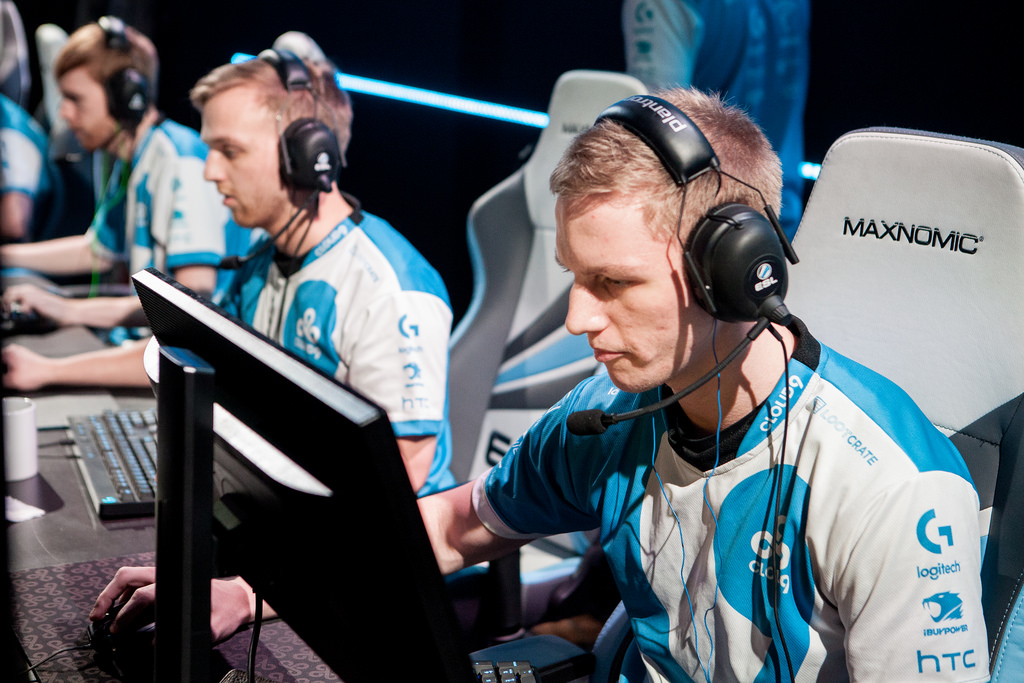 After a fantastic opening week to the fifth season of the ESL Pro League, both European, and North American teams, took a break from online play to compete at DreamHack Masters where Virtus.pro took the US$200,000 first place prize. Unfortunately, due to a number of unforeseen circumstances, from cancelled flights to a temporary ESEA outage, some of the EU matches on Wednesday, and Thursday, were cancelled.

With that being said, the North American region didn’t let us down one bit, providing us with some great matches, and also filling the hole that was left empty by the lack of European matches.

At the end of Week 2 of the ESL Pro League, mousesports leads the European standings with 15 points after only six matches played, leaving them with a 5-1 win/loss record. To many in the community, this result comes as a surprise considering the recent departure of mouz star player, Nikola “NiKo” Kovač. Although we’re only two weeks into the season, and a plethora of matches away from knowing which teams will be travelling to Dallas for the LAN finals, we’ve got to believe that this German side will be a contender for a qualification spot.

Below, you can find an updated look at the European ESL Pro League Season 5 standings at the end of week two.

As previously mentioned, due to a number of unforeseen circumstances, some of the European matches on Wednesday, and Thursday, were cancelled, and will have to be rescheduled. Unfortunately, this included our Hot Match of the Week between Fnatic and Ninjas in Pyjamas.

On Tuesday night, we started to hear reports on a number of teams, including Ninjas in Pyjamas, having troubles with their return flight home from DreamHack Masters Las Vegas. After receiving further information in the morning of Wednesday, 22 January, we felt it was necessary to invoke a special and extraordinary circumstances ruling, cancelling the matches to a later date.

You can read more about the ruling, and the matches that were affected, here.

In the first map of their match against Team LDLC, Heroic were only one round away from securing another three points. Utilising information from previous rounds, and overall great game knowledge, Heroic player Valdemar “valde” Bjørn Vangså, sprays through a wall, and a door, to take some health away from his opponents. Being the persistent player that Bjørn Vangså is, he repositions himself and continues to spray, this time taking down two enemy players.

A classic Counter-Strike matchmaking strategy made an appearance in competitive play as Swedish side, Fnatic, looked to get their first round on the board in a match against G2 Esports.

No NiKo? No problem

After the departure of Nikola “NiKo” Kovač, everyone was a bit sceptical as to how this mousesports lineup was going to perform without their beloved star player. However, when you have a player like Chris “chrisJ” de Jong filling the star player boots, then there really is no worry, especially when he’s doing things like this.

Stanislaw puts in the work

In their match against compLexity, Team Liquid new recruit, Peter “stanislaw” Jarguz puts in work with his pistol as he tries to tie up the second map in the series.

Across the pond, it is the ESL Pro League Season 4 champions, Cloud9, that lead the North American standings with 18 points after six games played, leaving themselves with a 6-0 record. Considering how they performed over the past few months in an offline format, it shows that maybe Cloud9 really does like this Pro League thing.

At the bottom end of the table, and after two competing weeks, there is still three teams which are yet to win a single map in their ESL Pro League campaign. These teams are Rush, Renegades, and Winterfox. Already, only two weeks into the league, I think we can unfortunately start to count these teams out of qualification.

In our preview of Week 2, we recommended that you should be taking the time to tune into the match between Immortals and OpTic Gaming to see how the teams would continue to perform with their new rosters. Knowing that they had to take at least three points off OpTic Gaming, considering their upcoming matches, Immortals threw everything they could at the OG lineup, and by the end of the half, they were leading 9-6. Going into the CT side, there was an expectation that OpTic would swiftly tie up the match, but that was far from the case. By not giving OpTic any breathing room, IMT didn’t lose a single round in the second half, and quickly earned themselves the minimum of three points they needed from the two-map series.

The second map, well, what can I say, that was a bizarre change of pace. OpTic Gaming got off to a very quick start, establishing a strong hold on the Immortals side, which quickly led to a 10-5 half-time lead. Much like the first map, the trailing side, this time IMT, did not manage to obtain a single round, thus leading to the quick conclusion of the second map, and a 16-5 win for OG.

There’s no real way to describe what has happened here without giving away this little piece of magic from Kenneth “koosta” Suen.

It’s shroud’s turn to be nutty

With Cloud9 establishing a strong 8-1 lead in the second map of the series against Winterfox, Mike “shroud” Grzesiek decided to be “sneaky beaky like” in the B site on Overpass, thus allowing him to catch three of his opponents off guard, and eventually leading to another round win.

We’ll be back after IEM Katowice!

With IEM Katowice taking place between March 1 and March 5, the 28 teams will again take a break from online play to focus on their preparation, and travel to, the US$250,000 tournament. There are still some weekend passes available, so pick yours up now!

Taking the IEM event into consideration, we will make our return on Monday, March 6 with our preview of what is coming up in Week 3, before our YouTube livestream goes live the next day at 19:00 CET.