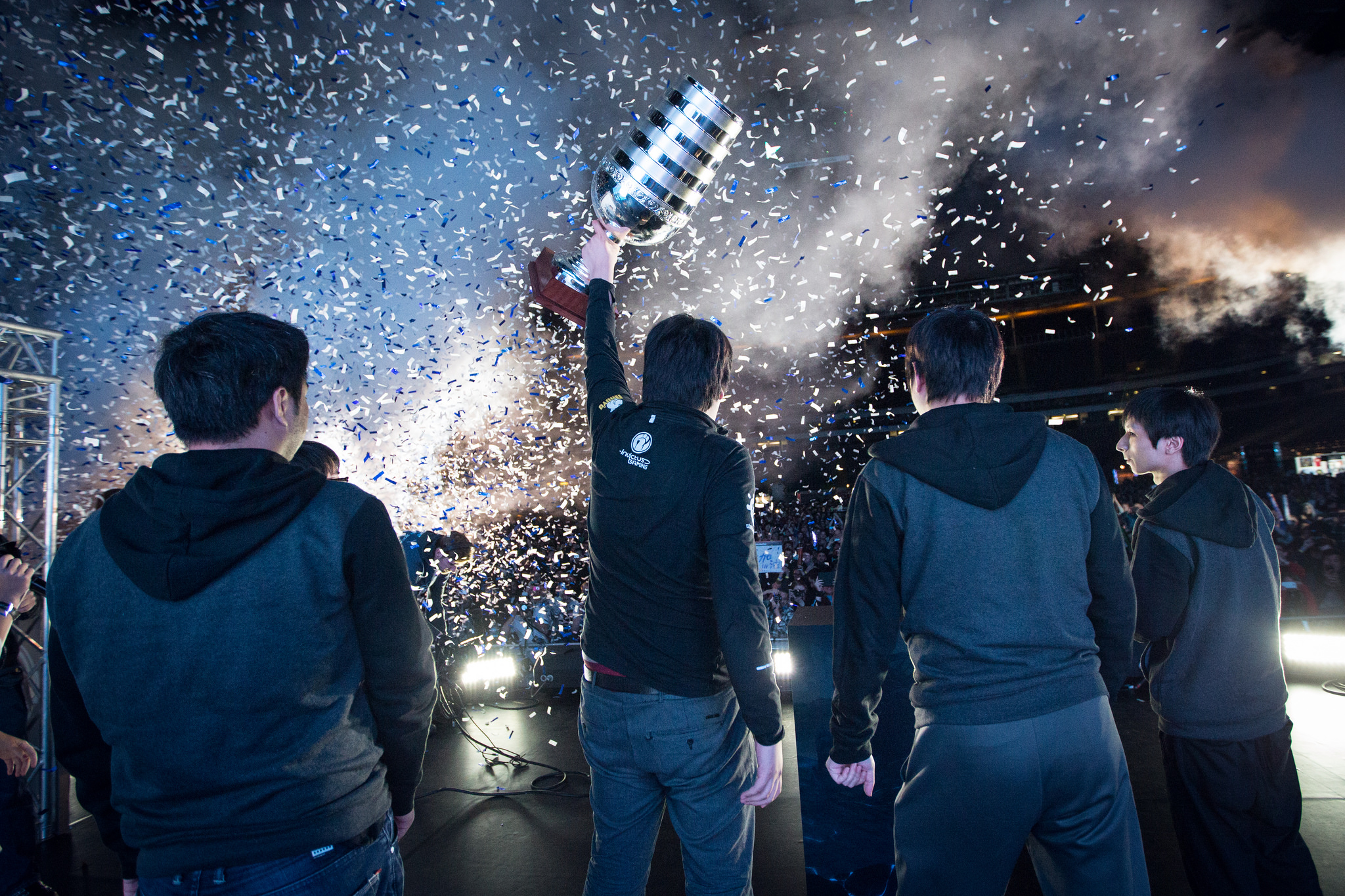 Yesterday the last ESL One Frankfurt qualifier took place, with the eighth and final team securing the one remaining slot in the LAN finals. As such, we are happy to present the full lineup of teams (which includes seven who previously received direct invites to The International)!

Get your tickets now!

The eight best teams from around the world will soon gather at the Commerzbank Arena and battle it out for the ESL One Frankfurt championship title with their top-notch Dota 2 skills. Three teams received a direct invitation to the tournament, while the remaining five had to fight for their slot through a series of online qualifiers.

Check out who’s who below!

Formed less than a year ago and having undergone roster changes in early 2015, Team Secret is made up of experienced and flexible players who previously played for other squads.

Twice the runners-up at the last two ESL One tournaments in New York and Frankfurt, Evil Geniuses is one of the oldest North American esports organizations. Over the years, its Dota 2 squad has successfully proved itself to be one of the best western teams around.

Reigning ESL One New York champion Vici Gaming has always been one of the best teams around, earning top spots at most of the tournaments they participate in. At last year’s ESL One Frankfurt they got knocked out in the quarterfinals by Fnatic, and are now hungry for a much better result this year.

One of the most successful European teams and former TI champions, Alliance has several big tournament wins under their belt. They secured their slot at ESL One Frankfurt by going through European upper bracket qualifier A, sweeping all of their opponents including teams such as Cloud9 and Natus Vincere, and won the qualifier without dropping a single game.

Formerly known as ASUS Polar, Virtus.pro secured their Frankfurt ticket by emerging victorious in European upper bracket qualifer B, beating teams like Ninjas in Pyjamas and Team Empire on the way.

The reigning ESL One Frankfurt champions are coming back to defend their title! Having won the Chinese qualifiers in a convincing manner without losing a single game along the way, can they prevail in Frankfurt two years in a row?

Formerly known as EHOME.my, Team Malaysia secured a slot at Frankfurt by winning the SEA qualifiers. Still being a fairly new team, they do not have as rich a portfolio as their opponents, but may still bring plenty of surprises to Frankfurt.

Attendees of both last year’s ESL One Frankfurt and New York, Cloud9 had a rocky road to this year’s Frankfurt finals. They started out seeded into round three of the upper bracket qualifier, where they were defeated 2-0 by Alliance. The team was then moved to the lower bracket qualifier, where they played four games and won all of them in a decisive 2-0. They finally secured their slot at Frankfurt yesterday by defeating Natus Vincere.

An event not to be missed!

Which such an amazing lineup of teams, ESL One Frankfurt 2015 is shaping up to be one of the biggest Dota 2 tournaments in history – be sure not to miss out on being part of this fantastic event!

For all the latest information about ESL One Frankfurt, head over to the event’s official website.