“It’s very important that the female teams at Katowice provide interesting and exciting matches”: QueeN on the Intel Challenge Katowice 2015 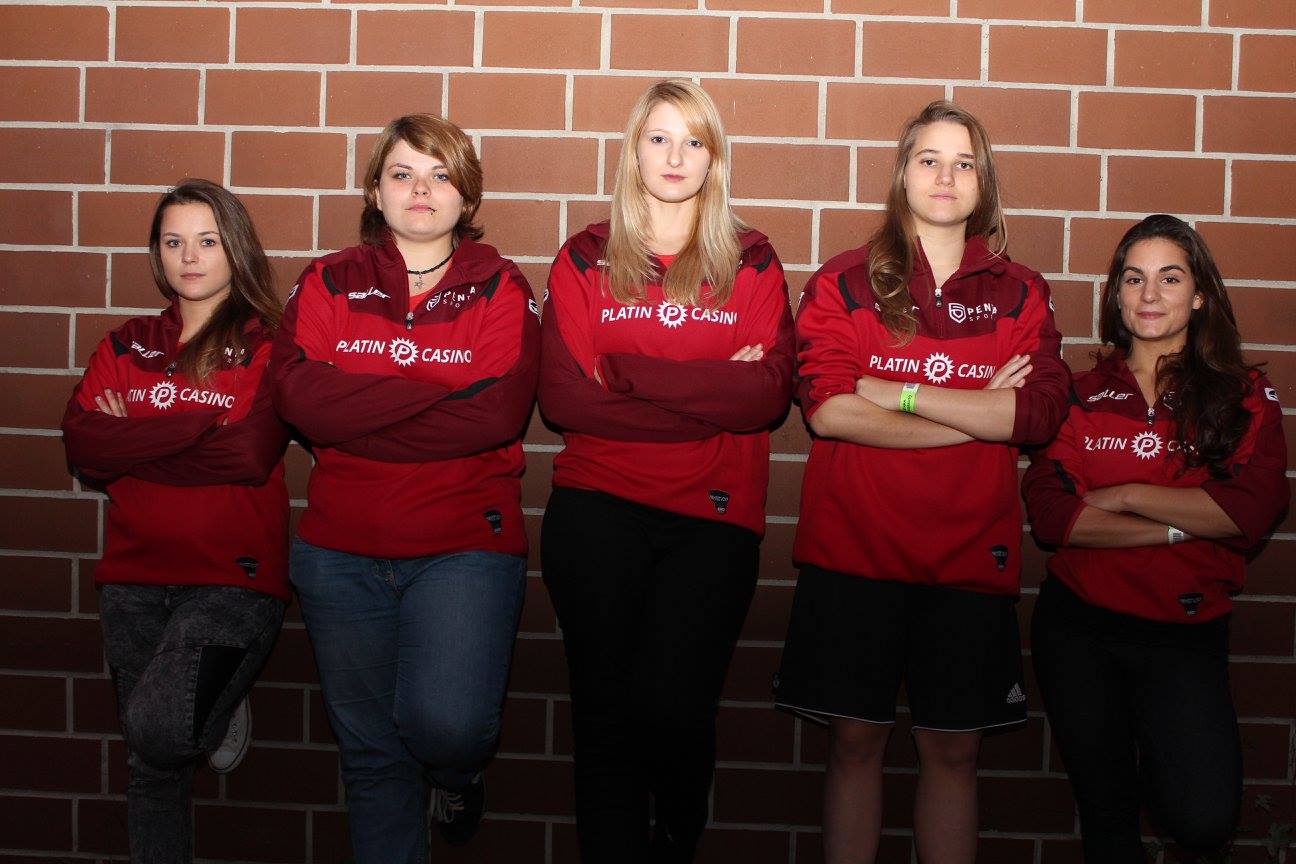 The Intel Challenge Katowice 2015 is just a few days away, where four top female CS:GO teams will test their skills and compete for their share of an impressive US$30,000 prize pool. Last week, Vorti from ALSEN Team and potter from Ubinited talked about their feelings regarding the tournament. Today, we have Stephanie “QueeN” Eydens from CM Storm (formerly TBA.female) sharing her expectations for and thoughts on the challenges of the female CS:GO scene.

ESL: Hello, Stephanie! Congratulations on qualifying for the Intel Challenge Katowice! Tell us: what changes did your team go through and how did it affect your preparations for the online qualifiers?
Stephanie “QueeN” Eydens: Only two days before the qualifier, we decided to leave our organization for financial reasons, meaning we could completely focus on our own game with no  pressure or high expectations from an organization. We have been training against male teams almost exclusively, which meant our female opponents had no clue about our strong maps or our playstyle. As it stands, we’re just very happy we’ve qualified and we’re looking forward to being a part of this amazing event.

ESL: Do you have any bootcamps or similar planned for your Katowice preparations?
QueeN: Sadly, it hasn’t worked out for us in terms of organizing a bootcamp, but we have increased our amount of practice dramatically, including during the weekends. We’re just trying to put in as many hours of training as we can.

ESL: What are your general expectations regarding Katowice and its crowd?
QueeN: None of us really has a clue what to expect. With the exception of Ivy, who up until now has had no offline experience at all, we all attended either the CPH Games or ESWC. Even then, we have no real idea whether those events are comparable to what Katowice will be.

ESL: Will you be able to perform under the enormous pressure that an event as massive as Katowice brings?
QueeN: I think at the very least we’ll all be really excited – not just us, but all female players. In the end, the event will not just be about the preparation but also about composure. The teams that can block out the whole circus around them and just play will have a great advantage.

ESL: How do you think the female teams will perform at Katowice?
QueeN: It’s very important that the female teams at Katowice provide interesting and exciting matches. Every team just wants a bigger and more respected female scene – and needs to contribute towards that. We have to show that we’re equally skilled and ambitious as the men, and that we’re willing to go all the way to achieve it.

Stephanie “QueeN” Eydens
ESL: Do you follow the male CS:GO scene? What are your predictions for ESL One Katowice?
QueeN: I do follow the male CS:GO scene. I am cheering for my boyfriend and also like to watch all the other exciting matches. We also get inspiration from the men when it comes to new strategies and ideas. I think EnVyUs and Fnatic are the favorites in this major, but the past has shown us that any top team is able to suprise and win, especially on home soil like Virtus.pro did.

ESL: How do you think your team would do if you took part in a major tournament?
QueeN: Well, I think offline everything is different for starters. The eventual placement of each team depends on a large variety of factors that really aren’t very easy to determine right now. We, for example, haven’t had any chance to play against Ubinited, and as a result have no way of gauging their current form. Our main goal is to play entertaining matches and do our best. I really can’t say whether that will be enough in the end, but we’re definitely not looking to finish last either.

ESL: How does the future look like for the female CS:GO scene?
QueeN: It seems obvious, but more players, more tournaments to play and promote yourself at, more competition. It’s very hard right now to find a ‘home’, a good organization as a team where female teams can expect a comparable level of support as a male team. I hope, for example, that big organizations will start financially supporting some newer, smaller teams as well. Not everyone can pay for events out of their own pockets, but they are very important to gain experience and grow the teams in the female scene nonetheless.

ESL: Anything else you’d like to say or shoutouts you’d like to make?
QueeN: First off, nothing but praise for the ladies, who are producing stellar results and great teamplay in every practice game towards Katowice. Furthermore I’d like to thank them for sticking around despite some tough times and hardship, growing closer together and always staying focused on the goals at hand.

The fans also deserve a big thank you for providing help and support. Next to our families, friends and partners, the people who watch our streams, send us messages and support us greatly motivate and push us forwards.

Of course, the organization also deserves a mention – without them and their sponsors’ trust we could never have come this far. Last but not least, we’d also like to thank our coach and manager Nathan, who helped all of us greatly after the break with Penta. Thanks for all the work, Nathan – we don’t know where we’d be without you!

ESL: Thank you for your time and best of luck in Katowice!

Remember to cheer on CM Storm and their competitors on the 15th of March starting at 13:30 CET!