“It was the biggest thing I have done”: we sat down with ForzaRC Season 1 runner-up Lightning 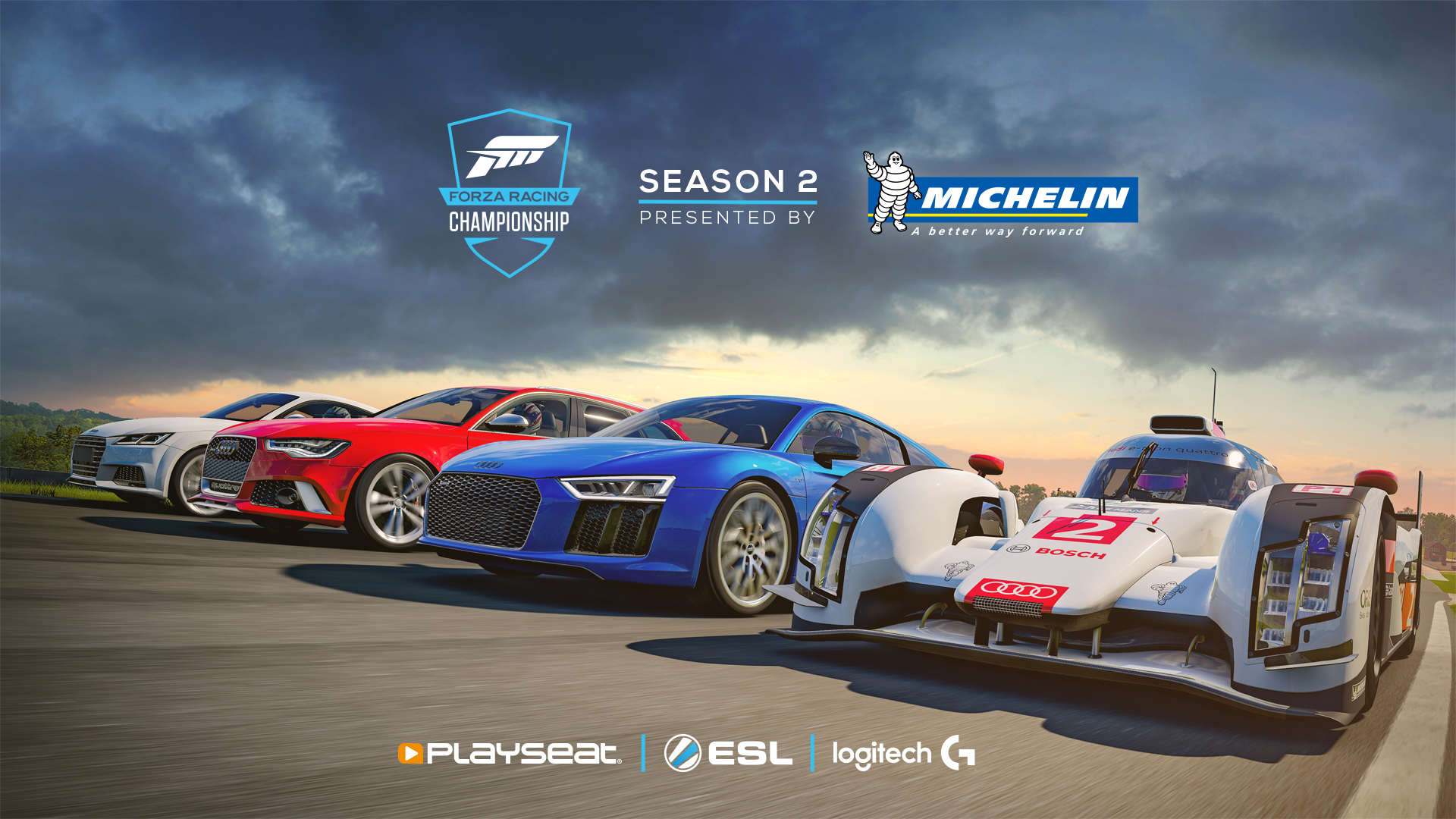 To a chorus of high-lined revs and tortured rubber, Sunday saw the clutch finally drop on season 2 of the ESL Forza Racing Championship. Sixteen virtual drivers, some of the fastest in the world, took to the track in hopes of glory and a space in the series’ grand final. Tensions ran high and with only four qualifying spaces on offer, the racing was as fierce as it was close.

Just like season 1, our first week was focussed on driver skill behind the wheel of lower powered cars. The weapon of choice: Audi’s 2015 TTS Coupé. With 310 bhp and 280 foot-pounds of torque, although by no means a run-about, the 4WD TTS had the street car credentials to make victory a technical, as well as a racer’s challenge.

To unlock the secrets of speed, ESL caught up with legend of the ForzaRC, season 1 runner-up and previous week one qualifier CAR Lightning. After great results in last season’s racing, Lightning, whose real name is Taylor, won a coveted automatic qualification to this competition’s grand final. Besides chatting about Sunday’s action, we couldn’t resist the chance to learn a bit more about a driver who is bound to be a stand-out competitor.

It has only been a few months since, in the closing moments of season 1, Lightning found himself tied on points with the eventual Champion Laige. It took an unbelievably close high-pressure heads-up round, for victory to slip narrowly through the eighteen year old’s fingers. “It was the best racing I have ever had or seen but I was extremely nervous,” Lightning admitted, “I had my first console since I was 3 but I only started racing in 2013.”

While nerves settle with competition experience, the pace Lightning has found in just 3 years is remarkable. It is telling of his work ethic that directly after winning $20,000 for second place, the US native threw himself back into training. “I expect Laige to be the biggest rival for me,” he explained, “and since I know all cars are stock, I have been running stock cars to get prepared.”

“They are more competitive and are closer racing,” continued Lightning, “but the main problem is that they never have good handling so they are hard to drive.” When we asked him for one trick, an x-factor that would see the lap-times tumble, Lightning gave little away: “Practice makes perfect in these cars.”

Practice alone though, as we saw in last Sunday’s racing, is no guarantee of success. In the rough-and-tumble of racing it is often consistent driving, and a good dose of level-headedness, that will lead a driver to victory. These qualities could be seen in abundance in Lightning’s eSPORTS+CARS teammates, CAR DaveySkills and CAR Raceboy – the two finished first and second respectively last Sunday, securing their spots alongside Lightning in the series grand final.

Truly, there must be something in the water at eSPORTS+CARS. With the Season 1 ESL Forza Racing Champion Laige now within their stable, the CAR team already has four drivers qualified for Season 2’s grand final. Over the coming weeks it will be fascinating to see who will emerge to challenge them for a championship in which surely they have to be the early favourites.

“The best thing about being in CAR,” Lightning told us, “is that I know I will always have support to get faster and stay fast. I look up to Laige, Raceboy and the rest of my teammates. They all mean a lot to me and each of them has taught me many things.” It is a team whose success is based on respect, trust, comparing notes and sharing knowledge which seems to suit Lightning.

And, really, this should come as no surprise. Everything about how Lightning races comes back to the racing-family atmosphere he fosters around himself – even down to his Gamertag, which was something he and his buddy thought up: “Because he said I’m lightning fast”. He is a racer who excels in a team environment, being able to learn and reciprocally able to teach.

So when Lightning says that the only trick to speed is practice, he is telling the truth. Sure, you can throw your car around a track for hours on end, pick away the tenths, the hundredths and the thousandths. But if you practice as a team, practice together, if you share your knowledge and experience, then maybe you can do in three years what might take others ten.

Was doing some private lobby with @ForzaWiz and ran this #1 while popping a wheelie boisss pic.twitter.com/wHkCx6cEA6

It will be amazing to watch Lightning race in the grand final of Season 2 of the ESL Forza Racing Championship. Having come so far in such a short period of time, it is impossible to think that he will not come back stronger, faster and more consistent. And a maturing Lightning will without the shadow of a doubt be more than just a contender for victory and its $10,000 prize.

In the meantime though, and in his own words, Lightning will be repaying the favour to his racing family: “I’ll be supporting all of my eSPORTS+CARS team mates at the ForzaRC.” If you’d like to take part in the ESL ForzaRC then jump on over and sign up at https://play.eslgaming.com/forza/xbox and be sure to follow ESL Forza on both Twitter and Facebook for tournament news and updates.

We’ll see you on the leaderboards!