Intel Extreme Masters Toronto groups: so hype you could cry

The excitement building around StarCraft 2 late last week wasn’t just because of amazing upcoming tournaments like the Red Bull Battlegrounds in Detroit. The buzz burst out of the Twittersphere like candy from the pinata: The groups for Intel Extreme Masters Toronto had been drawn, and they were freaking #HyuNbelievable.

With 4,000 WCS points and $25,000 in the prize pot and 16 open bracket players competing for the most coveted prize of all – a spot in one of the groups – Season 9’s second event is sure to bring out the best in our favorite players. Can it bring out the best in your fantasy picking skills, too? We’ll share our (very difficult) predictions to help you make yours in the IEM Toronto ESL Fantasy Challenge.

Check out the groups here.

The hype is real
It’s true. Toronto’s 12 qualifying players create a lineup for the ages – one that includes three IEM World Champions, seven of the top 10 ranked WCS players, five Terran — and yes, the very much on-fire Flash. But that’s not all. The other 16 players in attendance are among the greatest in the game.

The player distribution for the first stage qualifiers, again, is slightly different than it has been in the past, featuring four global and four North American players, as well as two players each from Asia, Europe, South America and Canada. In Stage 1(a), we’ll see Jaedong face Bones, Leenock vs. Huk, Oz vs. hendralisk, and Kane vs. Bunny, the last of whom has been playing like an animal recently. Stage 1 (b) will feature StarDust vs. Life (WHAT!?), puCK against Revival, Maru (in his first Intel Extreme Masters’ appearance) vs. desRow and Believe facing Snute. 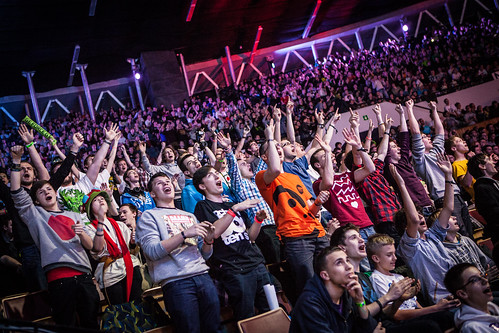 Dreamweaver, I believe in miracles
With so many absurdly talented and practiced players already qualified and four spots left for the taking, making your pick for ESL Fantasy is going to take some serious thought. You’ll have the opportunity to spend $4400 and choose four players to fill your team, buying cheap from the open bracket or taking your chances on the group stage. Selecting the right team captain could earn you even more points and some sweet prizes from HyperX.

Recent matches and results can tell us a lot about who might make it to the finals, but with the right conditions, any player in any group could take it all home. This isn’t a clear-favorite situation. It’s an oh-my-god-this-lineup-is-completely-insane situation. For lack of a better predictor, let’s look at the past in hopes that it will help pull our future teams together.

Group A is full of past champions whose recent results remain in solid shape. Polt, who took second at IEM Cologne this year and placed top four at the Season 8 World Championship, premiers the group stage with Zest and TaeJa. There is no easy pick here. Zest’s record sits comfortably at an overall 62% win rate and he’s currently in the GSL RO16 this WCS season, but he did lose to TaeJa 0-3 at Shenzhen in July. 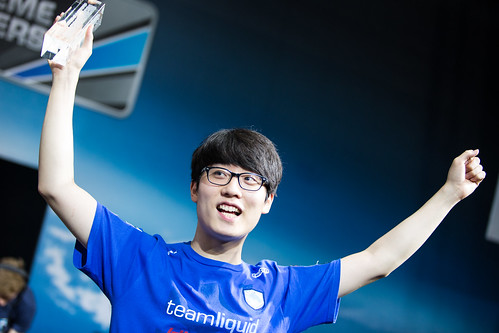 TaeJa missed the Asian qualifier but hit the wildcard placement. His overall record is a mind-blowing 67% and he took 14 of 21 games at Shenzhen to win it all. Polt missed Shenzhen, though he qualified, but that doesn’t mean his game is any less on point. He consistently lands among the top 4 in tournaments. Tied up and forced to choose? Our money’s on TaeJa – but the real reason all three aren’t going to the top is because they’re in the same group.
With the top-ranked WCS player among its four, Group B should produce some hard fought matches. HyuN doesn’t need the winning points, but the team Roccat player hasn’t had the best record at Intel Extreme Masters events in the past; he’s yet to make it into the top 8. Will that encourage him to push harder for the win? 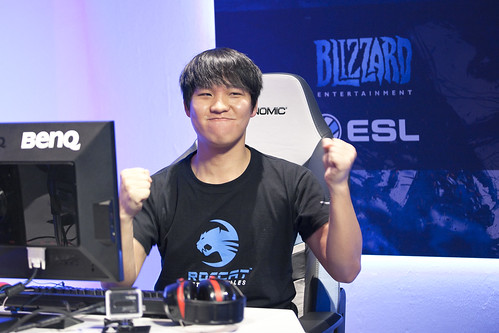 He’s up against viOLet, who replaced American qualifying winner Major, and YoDa, whose World Championship win in Season 7 proves he has what it takes to clinch a place in the finals. But the teamless Terran’s recent results have been somewhat uninspired even as he moves into the Round of 16 in WCS Europe this season. TvZ is his worst matchup, so the two known opponents may present a serious challenge.

viOLet, meanwhile, could still use the win in Toronto, despite his beautiful win against HyuN at Red Bull Battlegrounds just moments ago. Taking home 750 WCS points this weekend might be exactly what he needs to propel him from rank 21 into a position where he could fight his way to BlizzCon, so there’s no question he’ll be pushing hard for the Group B win. Ultimately, we always think it’s a smart move to put HyuN on your team.

Group C features an interesting and somewhat unpredictable trio for whoever makes it through open bracket. MaSa won’t head to BlizzCon even with a number one finish here, but his performance at qualifiers (he beat Blackdale, desRow, Scarlett and Kane twice) certainly showcased a fighting spirit. Will the backing of his Canadian fans push him through the first fights? 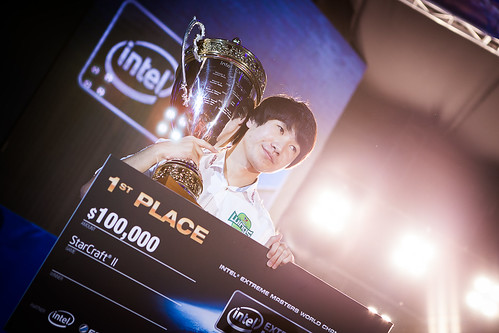 He’s pitted against First and sOs, two incredible Protoss players who could intimidate anyone that crosses their Graviton Beams. First hasn’t been performing remarkably in the past few months of StarCraft tournament play, but his PvP is still some of the best. Season 8 World Champion sOs, though, is only slightly less accomplished in mirror matchups- and has a real reason to push for the top; he’s currently ranked 14 in WCS points. 750 additional points could go a long way for sOs.

And that brings us to Group D – the perfect bookend for Group A, the groups the Stage 1 players should pray they don’t land in. Scarlett, MC and Flash form quite the terrifying trio. We all know what the Boss Toss is capable of. He’s always a good pick for a winner, in any tournament scenario. Scarlett too is capable of monstrous wins. As one of the best analysts in the game, her style is both consistent and adaptable to every player she faces, and she could easily be a deadly force on her home turf. 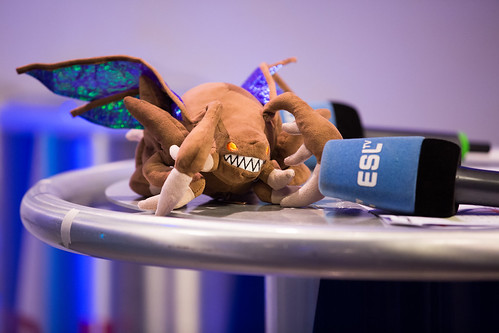 Flash, though. Flash. Despite his lacking WCS rank (97), the KT Rolster Terran has been making serious waves with his recent tournament play. He struck down both Solar and Dark in GSL Code S Season 3 RO32 last week, and his qualifying run for Toronto was nothing short of phenomenal. After beating Reality, Dear and Maru in the Korean/Taiwan qualifiers, Flash took out soO and Sorry 2-0 before falling to Zest in the Asian Final Qualifier. There, he pushed his way back through the loser’s bracket by dominating against Classic, herO and Pigbaby. Because of this recent, wildly successful TvP play, Flash makes our cut.

That leaves us with one open spot on our team. Buying cheap from the open bracket seems like a great option. Bunny and Snute come to mind. But the recent announcement that Life will be playing (instead of Sasquatch) – and StarDust’s presence in the first stage – have us scratching our heads. With so many quality players (Jaedong? Maru? Oz?) it almost seems that no choice is the wrong one – so we’ll leave it open-ended for now. 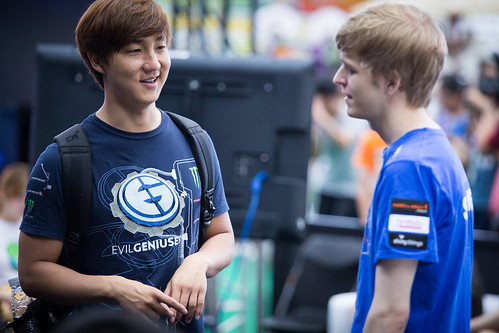 Tell us your predictions in the comments and watch how it all unfolds at Intel Extreme Masters Season 9 Toronto beginning August the 28th.