NB: Unfortunately since the publication of this article Jaedong has had to withdraw due to visa issues.

One of the biggest names in StarCraft II, Jaedong is no stranger to huge tournaments. Not only a staple of DreamHack and WCS, the EG Zerg is quite familiar with Intel Extreme Masters as well. He played a total of 40 maps in Season IX championships alone, making his presence more than known.

And not without results, either. The Tyrant placed in the top four at Season VIII in Cologne, Season IX in Shenzhen and most recently at Season IX in San Jose. Still, he has yet to take that number one Intel Extreme Masters spot. Playfully referring to his lack of an Intel Extreme Masters trophy, Jaedong said at last season’s Shenzhen competition that he just didn’t care – because he still had a chance to seal the deal.

His win didn’t pan out then, but there’s still a chance yet. Will this be the one Jaedong brings home?

James “Kaelaris” Carrol shared his thoughts on the player in the leadup to Shenzhen, saying:

“Always the crowd pleaser, the Tyrant looks for victory for the people, and for himself. With his round of eight dip out of WCS Season 2 and his passionate strive to make it to BlizzCon, Intel Extreme Masters Shenzhen is a must-win here for Jaedong as he looks to keep his BlizzCon hopes alive.” 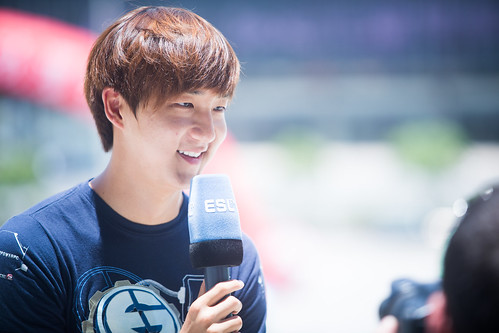 Long feared by fellow players and revered by fans, The Legend Killer has displayed a notoriously aggressive style and surprisingly astute defenses that sometimes shock an entire audience (doesn’t everyone still get chills watching that burrow against Dear at the 2013 global finals?)

But the Tyrant is also a bit of a wildcard. He can be very on – or very off – and sometimes losses can get the better of Jaedong, allowing for small slip-ups later in the series. He’s been known for unparalleled muta transitions, ruthless efficiency, and, in the past, always for hyper aggressiveness. Jaedong isn’t one for standard play, which means there’s one thing we can almost guarantee from his games: entertainment (consider his repeat base trades against StarDust, played two years apart).

When it comes to his Intel Extreme Masters results by the numbers, Jaedong performed steadily throughout Season IX, managing eight map wins and eight losses at San Jose, 8-7 at Shenzhen, and 5-4 at Toronto. 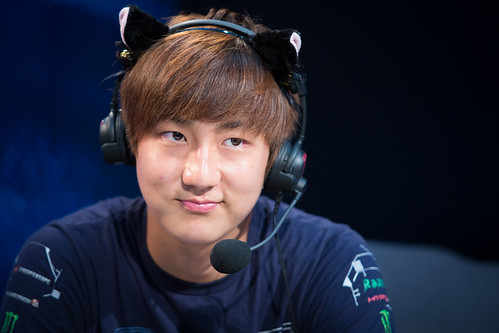 In all leagues, his total win rate in the last three months is only slightly below his all-time win rate in Heart of the Swarm, but his ZvZ average has suffered significantly. While he normally wrecks a mirror match with a 68% overall win rate, the last three months of play have him at 56.5%. His ZvP results, however, are now hovering above his average. That’s great news, as he’ll have to contend with the likes of PartinG, Rain, Classic and herO for the number one spot at Shenzhen.

This ZvZ drop could be an effect of a quiet start to the year for the Tyrant, a reaction to the shifting meta as a result of the April patch or just a small lull.

“In the last three months, Jaedong got top four twice (at Gfinity and HomeStory Cup), losing to Hydra and Sacsri with a top eight at WCS after falling to Hydra again. What this tells us is that he’s starting to get some pretty impressive results again, and that JvZ is no longer a thing. (Un)luckily, he has drawn a group with two Terrans, so we will get to find out how good he is in the matchup.” 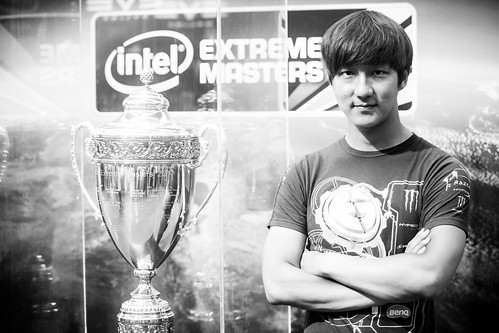 Whatever the reason for the JvZ decline, the statistics reveal less than does the player mentality – and we know Jaedong’s been practicing.

If he patches weaknesses like barely-missed scouts and goes into the weekend at Shenzhen with a clear mind about his goals and adequate preparation for his potential final opponents, he could end up in the finals.

Last year at Intel Extreme Masters Shenzhen, Jaedong talked to ESL about winning for his fans as well as himself – and let us know that his favorite player was fellow qualifier Snute, who we interviewed earlier today and he recently bested 2-0 in HomeStory Cup XI. Will he meet the Liquid Zerg on his way to a title? Will he fall? Find out by tuning in here on Thursday!