Inside group B of ESL One Cologne 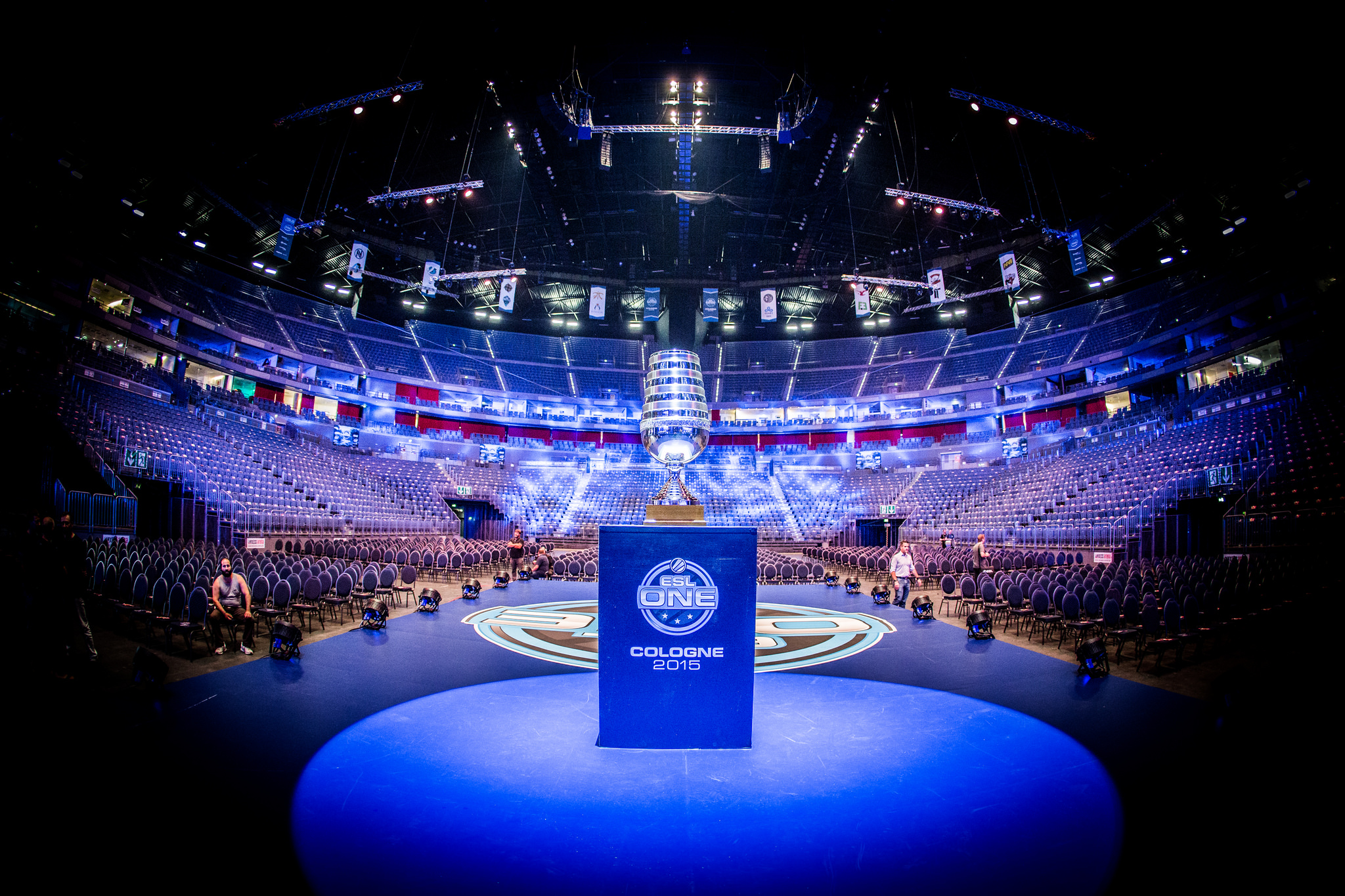 ESL One Cologne is the second Counter-Strike: Global Offensive major to feature a US$1,000,000 prize pool, whilst also featuring teams from across Europe and the Americas, 9 of which are the top 10 ranked teams in the world. With a grand US$500,000 up for grabs for first place, the ever growing community will be glued to the action to see which team prevails over the rest of the competition.

The format for ESL One Cologne has seen no changes since the last major tournament, MLG Columbus, earlier in the year. During the group stages, teams will play in best-of-one matches, two wins sending you to the playoffs, and two losses sending you home. However, the decider group matches will be played in a best-of-three format.

By Thursday next week, we will know which eight teams, from the four groups, will be heading to the famous LANXESS Arena, that hosted the incredible finals of ESL One Cologne 2015, for the playoffs. The playoffs are to be played with a single elimination, best-of-three bracket.

Leading up to ESL One Cologne, we will look at all of the sixteen competing teams descending into Cologne as they look for success at the ninth ever major tournament for CS:GO. In our next preview, we have Group B.

Looking at Natus Vincere, they haven’t been a team to watch for a long period of time, and only really began to see a positive future during 2015 when Na`Vi officially acquired Egor “flamie” Vasilyev, putting former fifth player, Sergey “starix” Ischuk, into the coach position. Since the CIS side had their famous second place finish, behind Team EnVyUs at DreamHack Cluj-Napoca, the final major tournament of 2015, they have featured in the top five of the world rankings, whilst also spending some time as the best team in the world at the beginning of the year.

At the first million dollar major, MLG Columbus, Natus Vincere were expected to have a very solid performance with the form that they were in, and it wasn’t long before these predictions were confirmed as the CIS side breezed through the group stages, quarter-finals and semi-finals. However, it just wasn’t to be for Na`Vi this time around as they were dominated by the rise of Brazilian side, Luminosity Gaming, especially in the second map, Overpass, losing 16-2.

Granted, this was a very impressive result for Natus Vincere as star player and AWPer, Ladislav “GuardiaN” Kovács, was suffering from a hand injury, and it was reported that in the grand final, Kovács had to 4x multiply his crosshair sensitivity. 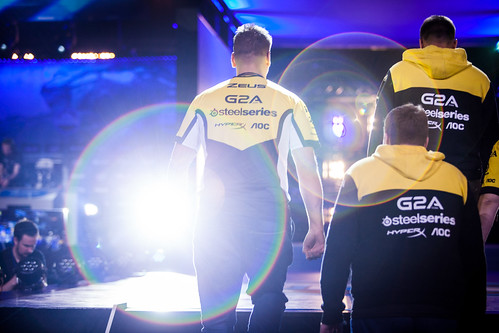 Mainly due to Kovács injury, Na`Vi are one of the top teams that, since Columbus, have not competed at many tournaments, but the one’s they have, the second place trend has continued: DreamHack Masters Malmö and the first SL i-League Invitational, famously losing to Virtus.pro, 2-0. Recently, like the fifteen other major teams, Natus Vincere have been playing in Turner’s ELEAGUE, playing in Group E alongside mousesports, FlipSid3 Tactics and Echo Fox. Despite an uneasy start to their ELEAGUE campaign, drawing their first two series’ against Echo Fox and mousesports, the CIS side managed to get into the swing of things and finish the week in first place, just ahead of mousesports in round difference.

Looking to Cologne, I don’t really think we can expect a similar sort of performance from Na`Vi as MLG Columbus, taking their story into consideration. That’s not say they will, or should, be providing us with a subpar performance. On paper, the competition in this group should not be much trouble for the Europeans, but their experience against some of these teams, namely OpTic Gaming, is limited, and with the addition of Óscar “mixwell” Cañellas, that team has been on fire.

Without a shadow of a doubt, Ninjas in Pyjamas are one of the most famous teams in CS:GO’s lifetime with the historical 87-0 LAN event record that they worked up during 2012 and 2013. One year later, after their highly unexpected major championship win at ESL One Cologne 2014, the team went into one of the biggest slumps of CS:GO’s history, thus causing the departure of Robin “Fifflaren” Johansson.

The four month period after Johannson’s departure is a very vague period in NiP’s history as they recruited Mikail “Maikelele” Bill. Unsatisfied with results that he had helped the Ninjas achieve, more changes were made, replacing Bill with Aleksi “allu” Jalli. Although this roster had a number of positive results, including, 2nd place and 3rd-4th finishes, we all knew that, again, changes would have to be made if they wanted to actually win something. 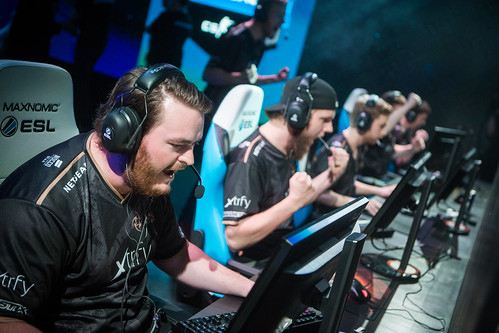 At the end of 2015, after a lot of speculation as to what was going to happen with NiP, the decision was made to bring in Jacob “pyth” Mourujärvi, and not long after, tactical mastermind, Björn “THREAT” Pers, as the team’s coach. Since the team changes came to an end back in January, the Swedish side has seen some success, including, a first place finish at DreamHack Masters Malmö and second at DreamHack ZOWIE Summer.

One of the biggest stories of this year for NiP comes from MLG Columbus. Due to troubles in acquiring a visa for new recruit, Mourujärvi, Pers had to step in as the fifth player. Obviously, without a full roster, any team’s goal would be to finish within the top eight to ensure that they had a Legends invite for the next major tournament, and the Swedes did exactly that. After a shaky start to the tournament, narrowly defeating FlipSid3 Tactics and being taken down by Luminosity, Pers finally settled in at the right time against mousesports as they won the series 2-1, guaranteeing their Legends spot, before being eliminated by tournament favourites, Natus Vincere.

Competing in one of ELEAGUE’s earlier groups, Group B, where they eventually finished second, the Swedish side had the opportunity to compete at the first ECS finals, but that was a major blow for the side just before a major tournament as they bowed out of the tournament in ‘spectacular’ fashion, not winning a single map during the entire tournament. Despite this, we all know that at the biggest tournaments of the year, regardless of their recent results, NiP have the potential to come away from the event with a very positive result, maybe even a win.

Despite the core four players being together since the middle of 2015, OpTic Gaming, one of Call of Duty’s most successful organisations, has only been a part of the scene since the beginning of this year. Although this rosters time at the North American organisation has been short, they have still seen mediocre success after winning ELEAGUE Road to Vegas 2-0 over CSGL, and winning MLG Regional Minor Championship Americas to obtain their spot at the ESL One Cologne Main Qualifier.

After just missing out on MLG Columbus, OpTic were still yet to experience a true international competition against European’s finest. However, it wasn’t long before they did as they just managed to stay within the qualification zone for the ESL Pro League Season 3 Finals in the United Kingdom. 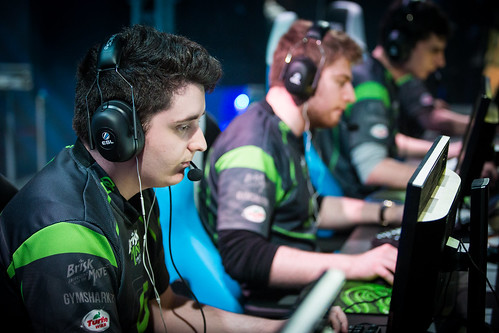 OpTic Gaming’s time competing in the UK was short lived, finishing 5th-6th, but it is another example of a placement that does not tell the full story. In their first match of the offline finals, OpTic came up against Astralis, and to our surprise, the North American side dominated the struggling Europeans 16-7, before losing 16-7 to a resurging G2 Esports. Before being eliminated from the tournament, the NA lineup, also featuring Spaniard, Óscar “mixwell” Cañellas, gave it their absolute best against world number one side, Luminosity, now SK Gaming. The series against the Brazilians did finish 2-0, but that wasn’t before putting together a total of 25 rounds to Luminosity’s 32.

Most recently, OpTic Gaming competed in ELEAGUE’s Group B, but their performance in Atlanta, Georgia was nothing like what we had previously witnessed in England. The predominantly Canadian side did not get a series win under their belt until they came up against Selfless, winning the series 2-0, but they had already let the group get away from them after two 2-0 series losses to Ninjas in Pyjamas and G2.

Although this side does feature five major tournament rookies, they do, now, have a lot of invaluable experience against top European competition, especially Ninjas in Pyjamas. Taking that it consideration, I could definitely see OpTic getting out of the groups, at the least, if the opponents in their group are on form.

In reality, we don’t know too much about FlipSid3 Tactics as they are still a relatively new side in comparison to some of the other teams attending ESL One Cologne, forming back in the beginning of 2015. However, we do know that back in 2015, FlipSid3 had their biggest playing achievement at ESWC 2015 where they played with Spencer “HiKo” Martin as a stand-in with their star player, Georgi “WorldEdit” Yaskin, not being able to attend the event due to visa issues.

At the Esports World Cup, the Ukrainian side sent Ninjas in Pyjamas packing after a 2-1 series win as the Swedish side were still battling through one of the longest slumps to date, but then came an even harder opponent, going by the name of Natus Vincere. In the series against the eventual winners, they quaickly lost 2-0 after a 16-9 loss on Mirage and a 16-1 annihilation on Inferno.

Recently, the Europeans competed in ELEAGUE’s Group B alongside some very harsh competition, namely Natus Vincere and mousesports, although, the group did also feature Rick Fox owned side, Echo Fox. It was a tough week for FlipSid3 Tactics in Georgia as they finished with a 2-4 record, only taking maps off mousesports. With that being said, FlipSid3 have guaranteed themselves a spot at the Last Chance Qualifier.

Although it is unlikely that FlipSid3 will make it out of the groups at ESL One Cologne, they definitely have the potential to take maps off of top teams, or at the least, give them a run for their money, as previously shown during the online section of the ESL Pro League Season 3 and the ESL One Cologne Main Qualifier.

We’ll see you in Cologne!

If you haven’t been able to grab yourself a ticket for ESL One Cologne, you can tune into the livestream, but it that’s not possible, be sure to follow ESL CS on Twitter and Facebook to make sure you don’t miss any updates.