“I’m very happy that I got the chance to continue playing in Europe”: an interview with Park “ForGG” Ji Soo

ForGG has been pretty busy lately what with winning DreamHack Winter, hitting his Twitch stream hard and dealing with region changes. We caught up with the Millenium Terran ahead of his showing at Intel Extreme Masters Taipei to see what he had to say.

ESL: Hi, ForGG – thanks for taking a minute to talk with us. We’ve been watching you stream a ton lately. Is that in preparation for anything in particular?
Park “ForGG” Ji Soo: Hello. No, I’m actually just streaming a lot now because the next tournaments aren’t any time soon so I don’t have to be careful about not showing my build.

ESL: Does the amount you’re training have to do with the region changes in WCS? And how else are you handling what we know was a tough challenge for you? Who has helped you during that process? Your teammates? Your fans?
ForGG: There are still a lot of good foreign players in WCS so I’m practicing as much as I did before. Of course I’m very happy that I got the chance to continue playing in Europe. I want to thank my girlfriend, my fans, TLO and everyone else who supported me on Twitter, Kim Phan and the whole esports team from Blizzard. 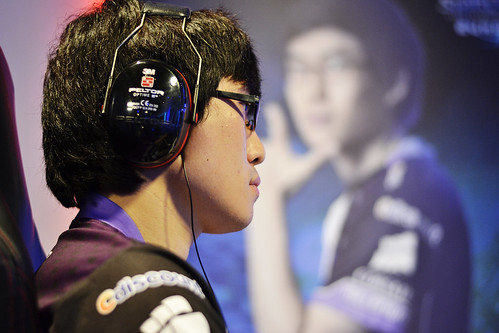 ESL: Obviously you had a great run at the European Taipei Qualifier, not even dropping one game. Do you feel like you can keep that momentum running into the tournament? Who do you hope to come up against? And are you excited or nervous about the possibility of meeting Life, who you beat at DreamHack Winter, again?
ForGG: I don’t think I’ll be able to win all of my games 2-0 since there are so many strong players. I’m actually hoping to meet Life again – it would be entertaining for my fans.

ESL: Your best matchup is notoriously TvT, so we feel like there are some good odds for you with Taipei being so stacked with Terran players. However, they include Maru, INnoVation, Kas and Polt. If you could choose just one of those players to face, who would it be and why? Who do you absolutely not want to face?
ForGG: I would like to play versus Polt because I think I’ve never lost against him so far. There’s no player that I want to avoid in particular.

ESL: You’ve been known for certain strategies, but we’ve seen you mixing it up a lot on stream. Can we expect anything from you or will you just keep us guessing in this tournament?
ForGG: I will try to practice as many different builds as possible and use them in future tournaments, Intel Extreme Masters Taipei as well. 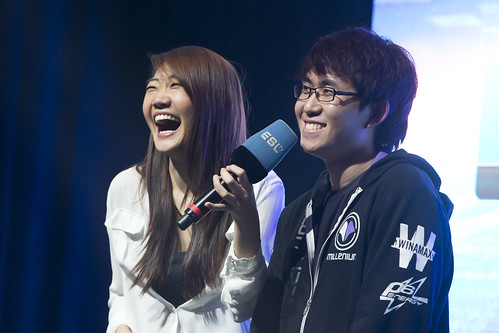 ESL: Is there a map you particularly want to stay away from? What about it makes you veto?
ForGG: Depending on who I face, I veto different maps. Generally speaking I like all maps.

ESL: Finally, tell us your thoughts on Legacy of the Void. Are you excited? Have you been trying it out a lot or are you focusing on your HotS training?
ForGG: Right now I’m just focusing on practicing HotS. I am excited about Archon mode and trying out the new units in the beta, though.

ESL: Thanks for taking the time to speak with us. We look forward to seeing you at Taipei. Anything else you want to add?
ForGG: I’m looking forward to going to Taipei because I haven’t visited Taiwan before. I checked the weather forecast and it looks like it’s going to be pretty warm, which is a welcome change from the cold weather in Europe.

Keep an eye on the official Intel Extreme Masters Taipei site for all the latest information, and be sure to check out our recent interview with Hydra as well as the others still to come in the leadup to the event!