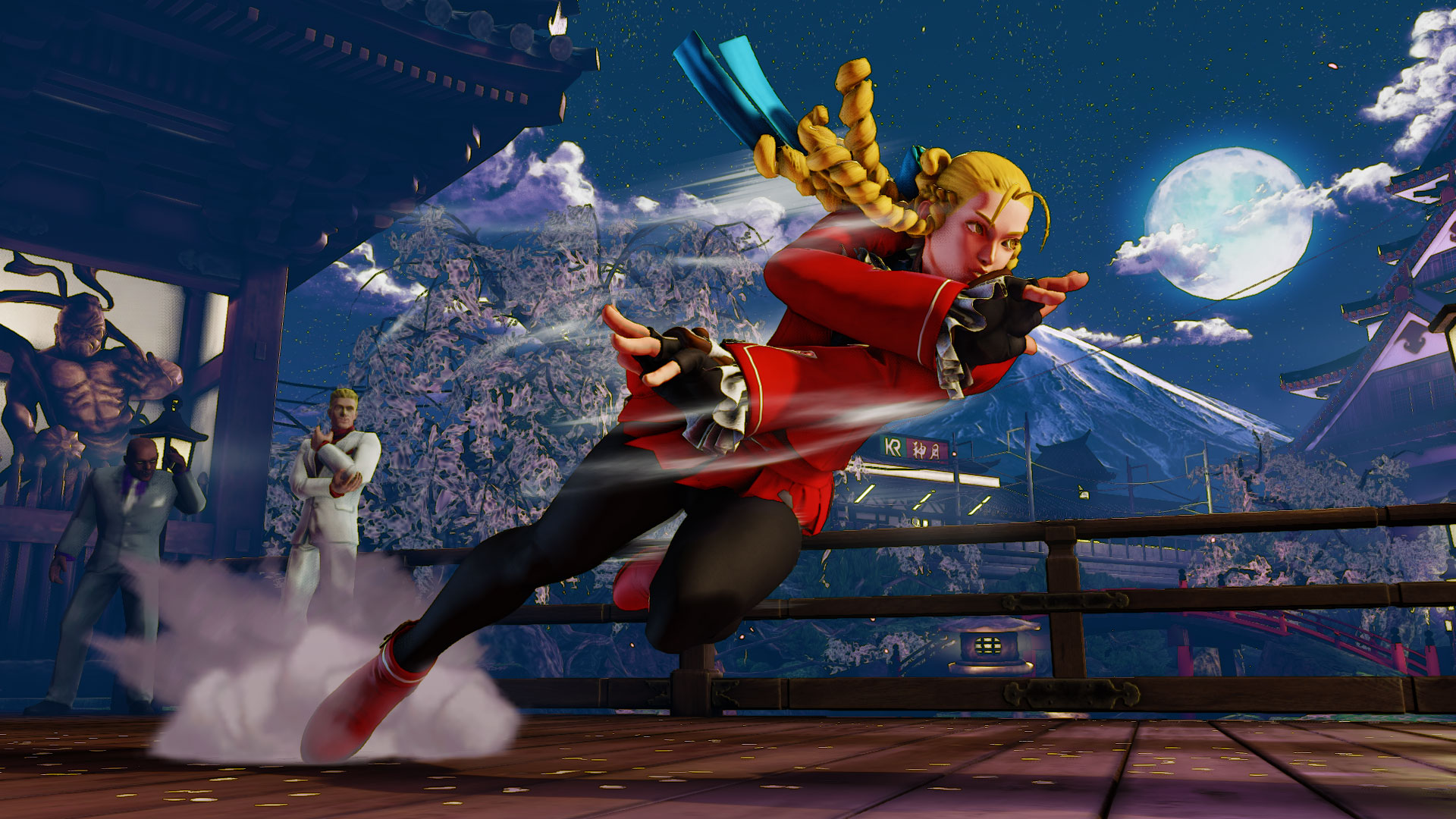 ESL is bringing Street Fighter V to Barclays Center. The Brooklyn Beatdown at ESL One New York will hit the Big Apple on October 1-2 and will see high level play of up to 1024 participants fighting for their share of the US$75,000 prize pool.

Before the Beatdown kicks off at the stadium, we chat to Justin Wong, one of the most accomplished professional fighting game players and a living legend in his genre.

ESL: Hi Justin! What are some of the most notable differences between the East Coast and West Coast communities?
Justin Wong: I think the biggest difference is that the West Coast community really supports their local scenes and the players are willing to show everything they have on the table to get better.

ESL: Who do you think the top player in North America is at this time?
Justin Wong: I believe the top player is myself but I do believe Filipino Champ and Nuckledu are right behind me.

ESL: Are there any top players in particular that you would consider rivals? Do you prepare differently to play them than you would another opponent?
Justin Wong: I think right now I would only consider the international players my rival because those are the people I really want to beat and prepare for. I do tend to watch more international videos and study their videos a lot more.

ESL: Do you think you have what it takes to win EVO this year? Who do you predict will place top 8 at EVO after seeing the results of CEO?
Justin Wong: It’s really hard to say.  My matches with any international player seem to be very close and down to the wire but they always get me in the end.  I really need to step up my end game so I can be the one closing out and not them. I believe Tokido and Infiltration are guaranteed to be in top 8 but the other 6 is a major toss up.

ESL: Your event schedule is busy to say the least, how do you manage to stay motivated? What do you do to unwind?
Justin Wong: My schedule has been super hectic. I think the main reason for me to still be motivated is that I REALLY love playing SFV in tournaments. It’s so fun and I am always happy playing the game. No matter what I can always keep playing the game if I have an opportunity to play.

ESL: What do you do to get ready for an event? Do you have certain training partners, or routines that help you get ready?
Justin Wong: Lately I just go to the event and just play casuals there. Since I have a day job, it’s really hard for me to practice during the week so my practice comes from playing with the talent at the actual event.  My training partners that I talk to consist of Filpino Champ, Floe, Noel Brown, Fetto, (Karin tech master) Ricki Ortiz, and PR Balrog. My routine would just be making sure my combos are in check.

ESL: What part of your training routine do you think has contributed the most to your success?
Justin Wong: I would say me playing non-stop with other top players and me showing my cards so they can exploit it helps me improve my game tremendously.

ESL: Do you prepare for individual events/opponents, or is your practice focused on developing your skills and tech?
Justin Wong: I prepare for individual opponents. If I know that certain players will be attending, I instantly start studying their videos to see what I can come up with if I have to face them at an event.

ESL: What piece of advice would you pass on to an aspiring fighting game pro?
Justin Wong: I would say do not be scared to play casuals with your enemies. The fastest way to get better is for your opponents to find the holes in your game so you can improve on them for the next fight.

ESL: I’m sure there are countless people who would ask you for tips and advice about the game, but who do you turn to when you need some insight?
Justin Wong: Right now, I just try to tough it out and just learn on my own when I can. I try to master every character in the game so I can always be ready for any match ups.

ESL: How would you define your play style? Would you consider yourself a more offensive or defensive player?
Justin Wong: I would like to say I am very defensive. I am all about playing the waiting game and striking at the perfect opportunity.

ESL: Is your play style a product of the current metagame, or a personal preference?
Justin Wong: It’s a personal preference. Everybody in NYC back in the day all played defensive. So I always thought from that day that defense is the best way to play in a fighting game.

ESL: Could you share your most memorable FGC moment? What made it so special?
Justin Wong: My most memorable FGC moment was probably winning Ultimate Marvel vs Capcom 3 at EVO2014. Usually back in the day, I always got booed for the way I played but in this game I played a team that only myself can use to a high level. And because of that everyone looked at me as the Low Tier Hero that can make miracles happen.

ESL: What do you think is the greatest accomplishment of your fighting game career?
Justin Wong: My greatest accomplishment I think would be winning the SFIV Gamestop National Tournament. That was when my name just blew up because every gamestop showed my victory in their store and when EVO2K9 rolled around, I was just mauled with new fans and new friends which made me happy that we the FGC as a whole was growing.

ESL: Do you have any superstitions about competing? Do you have any pre-game or pre-event rituals?
Justin Wong: I don’t like eating during tournaments. I feel if I eat, I get very sleepy and my reactions become sluggish so I usually stay hungry to play hungry.

ESL: You’ve branched out in your character pool a bit recently, do you think all of your picks are on a similar level, or is your Karin still a cut above the rest?
Justin Wong: I believe my Karin is still way beyond my side characters but I hope I can make my other characters better for the future.

ESL: What kind of impact do you feel the Capcom Pro Tour has made on the Capcom community and the FGC in as a whole?
Justin Wong: I think the Capcom Pro Tour is the best thing ever.  The reason for me is that all I can think about is when is the next CPT event. I either want to attend and compete in it or watch the whole tournament. Its really crazy that I love watching CPT events.

ESL: What upcoming events can fans see you compete at?
Justin Wong: I will be competing at EVO2016, more CPT NA Ranking Events, ESL Brooklyn Beatdown, Wizard World Gaming events and many more!

ESL: Thanks for your time, Justin! Any shoutouts you’d like to make?
Justin Wong: Big shout outs to the FGC for just getting bigger and bigger. Really hope you keep continuing staying on this growth.

If you want to see Justin live in action be sure to get your ticket to the Brooklyn Beatdown! If you want to compete yourself and maybe even face Justin himself, fill out our registration form.