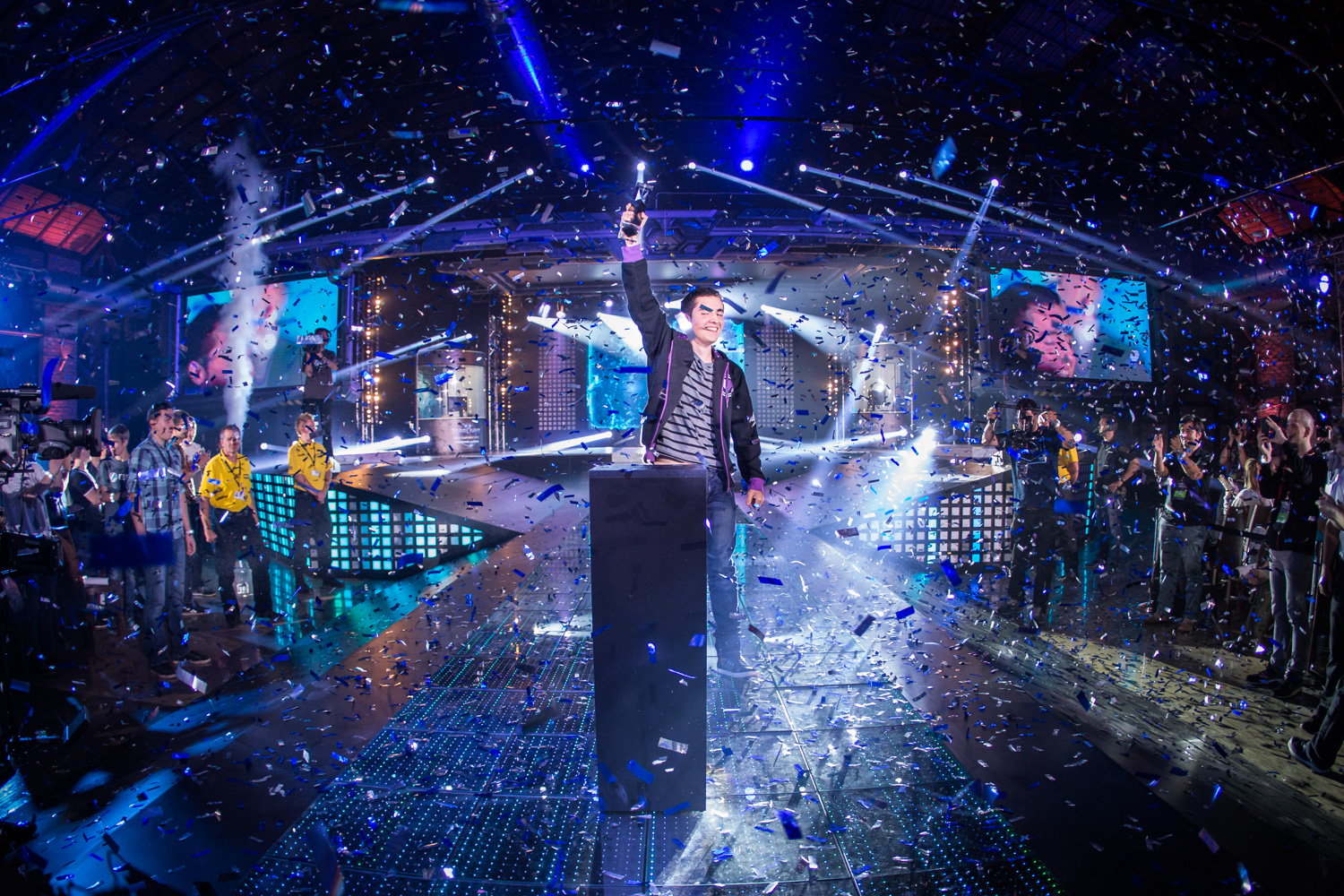 The magical season three of WCS is now over. What an event it has been and what an amazing last day of finals! Season three really had it all: the storylines, the games, the good laughs and the suspense. It may seem like a dream, but we assure you – it happened.

All four players had qualified for the semifinals in quite spectacular ways. Zanster, despite prediction statistics, winning his group. Lilbow knocking out the season 2 champion Hydra. MaNa rising from sure elimination and ForGG, who was seemingly only playing better and better.

Entering the arena holding hands, much to both the audience and the casters’ joy – Zanster and Lilbow would soon leave all courtesies and pleasantries behind. Both wanted to reach the final so bad – Lilbow, as retribution for season two, and Zanster, to make a statement and to challenge everything you thought you knew about the StarCraft scene.

Playing a best of five, the games were ridiculously close. The attacks and the holds were all textbook material. Lilbow took game one, but Zanster claimed back game two. Lilbow won game three and Zanster tied the score in game four.

The series got pushed into a fifth and final round. Things were looking promising for the young Swede on his side of the map, but Lilbow did what Lilbow does – when you think he’s in trouble, he somehow turns it around. It looked like Zanster successfully threw Lilbow into a tilt by crippling the French bases, buying himself time to finish his buildings. But in doing so Zanster also sacrificed a great deal of his forces, something Lilbow recognised as he sent all of the units he had left across the map towards Zanster’s base. It paid off and by tearing Zanster’s army to pieces, Lilbow won the first semi-finals.

The other semi-final would be played between the Korean hope and the home crowd’s hero. As the last standing Korean, ForGG didn’t just want the final for the sake of winning WCS. The alluring Blizzcon was also on the line. MaNa, on the other hand, had the opportunity of winning the WCS trophy on home ground in Krakow, in front of a crowd that only the night before – literally – lifted him to the skies. Much at stake and so much pressure for the both of them.

Game one was a good indication of the games to come – ForGG on a constant offense and MaNa somehow miraculously holding. Their two different, but in a way complementary, play styles would make the games extremely close – maybe even TOO close for some viewers out there.

Going into round four and Iron Fortress, MaNa was in the lead 2-1. But it was still really anyone’s win. At 15 minutes it looked like the competitors had completely eradicated each other. With all bases wiped from the map, MaNa was the one in trouble – with no resources to start over, he would have to find and hunt down ForGG’s remaining forces before ForGG had rebuilt his command center. Hiding in the upper right hand side of the map, for a long time it looked like ForGG might be able to pull it off as MaNa was running blindly around the map.

Despite setting up camp right next to the Korean, only pure luck let MaNa find ForGG’s new position and take it out. With ForGG left with only one SCV on the opposite side of the map and MaNa with no economy to rebuild, the players were unable to finish the game. As if season three wasn’t crazy enough already, we now also had a draw in the semifinals!

While the players were setting up and resetting their frame of minds, the audience was given a short break to breath – so intense and it wasn’t over by a long shot.

Game four restarted. Confident by his holds in previous game, MaNa was playing more aggressive than before. Moving a probe into ForGG’s main base after four minutes, scouting for intel, and then surprising everyone by setting up an early Robotics facility directly followed up with a Stargate, MaNa clearly didn’t have his mind set on conventional play.

After having cleaned up a massive drop from ForGG, MaNa took the fight to ForGG’s main base. Pushing through with conviction, MaNa stripped away ForGG’s possibilities to truly push back. And with that, Poland’s MaNa was matched against Lilbow in the WCS season three grand finals!

With only Europe represented in the finals, this was already a historic event. But why ease up on the suspense from previous games, right? The finals would be nothing short of a nail-biter. Lilbow allowed himself to a tiny grin after winning round one, but as MaNa won game two all hints of a smile were long gone – the pressure was on! Would Lilbow once again miss out on a WCS victory? Could MaNa live up to the expectations, playing on home ground?

After solid plays from both players, game three was starting to look like it would be dragged out. Something the Frenchman clearly objected and showed by moving out his forces. With a slight stalker advantage, Lilbow rolled with it and moved in on MaNa. This surprise maneuver proved too strong for MaNa to hold and Lilbow took back the lead.

By also winning round four, Lilbow was seemingly on a roll. But by overestimating his own momentum and taking a huge risk with an early Phoenix build in game five, Lilbow found himself completely blindsided by MaNa. There was no other option left but to give away that win.

Lilbow was still only one round away from the champion title despite the lead being slightly decreased. But playing like he had done in the previous game he was putting all of that on the line and he knew it. Plays in round six were cleaner, safer and more strategically timed – showing off why Lilbow was once again in the finals. When nobody hits as hard as Lilbow does when the pressure is on, MaNa was forced to type out GG in the eleventh minute.

It could’ve gone either way and still had been a Hollywood outcome, but we raise our baguettes to our new WCS champion  – Lilbow! You had to take the tough road to victory, going up against opponents such as Hydra and ForGG, but you did it! And as the cherry on top, it’s Blizzcon next.

Make sure you follow @ESLSC2 on Twitter for future events and all the latest updates! For more information about the WCS, visit the tournament series’ official website.