Esports and beyond: taking a look at ESL’s partnerships with local governments and organizations

With their popularity still steadily on the rise, esports have attracted the attention of local governments and organizations across the globe. This has resulted in a wide variety of different partnerships and projects and, as the world’s largest esports organization, ESL has been involved in a fair number of them – check some of them out below! 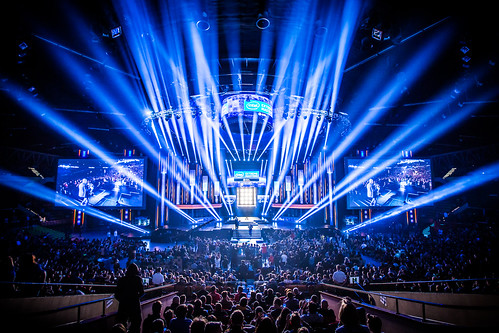 The Spodek arena in Katowice has been home to the Intel Extreme Masters World Championship for four consecutive years, and has been supported by the city of Katowice since 2013. With the event having attracted a total of more than 280,000 visitors as well as raised nearly US$7 million for the local region, Mayor of Katowice Marcin Krupa is pleased to welcome the event back to the city time and time again, stating:

“IEM has become an inseparable item on Katowice’s events agenda. We are proud that it is in our city that the finals of this prestigious tournament are held. Tens of thousands of fans in the international Congress Center, along with millions online from all around the world, guarantee an excellent global promotion of Katowice.”

ESL has worked with the White House to promote signups for local healthcare services, demonstrating a shared understanding of the value of esports and impact that working with such a community can have on wider issues.

Kevin Counihan, director and marketplace CEO at the Center for Consumer and Information and Insurance Oversight as well as Medicare and Medicaid services, said of the collaboration:

“We’re excited to work with esports and other high-profile members of the video game industry to remind people there are only a few days left to sign up for health insurance coverage. We encourage folks to beat the crowd by visiting the website today and to sign up for quality, affordable health insurance through HealthCare.gov by February 15th.” 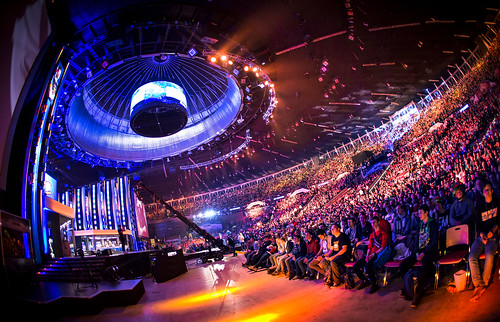 The French government has received a draft proposal outlining ways in which esports can be established as an officially recognized profession. This means that esports players can be acknowledged as ‘working individuals’ with similar employments rights as other, more conventional occupations.

Jérôme Durain, member of the Senat, said of the proposal:

“The French esports’ community is truly remarkable, and I think that, with the right regulatory framework, France can take a strong position in Europe and in the world.”

ESL One Manila presented by PLDT Fibr and Smart on April the 23rd and 24th will be the biggest esports event Southeast Asia has ever seen. With close to 20,000 people expected to attend, extensive partnerships with local organizations and plenty of side activities in addition to all the exciting Dota 2 action, Manila’s Mall of Asia Arena will be the beating heart of Southeast Asian esports this weekend.

“I’ve been greatly impressed working with our esports community and our Filipino pro gamers, not only with their success in global competitions but also in their dedication to professionalizing our local esports industry. ESL coming to the Philippines will bring business opportunities and prestige to the country. It’s a chance to show that esports is more fun in the Philippines!” 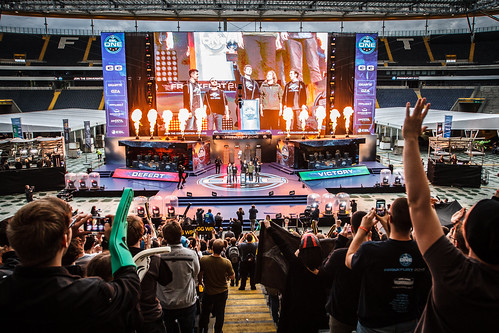 ESL One events in both Cologne and Frankfurt are hosted in cooperation with the LANXESS and Commerzbank Arena respectively. Both started out as venues for traditional sporting events before joining the likes of the SAP Center in San Jose, Madison Square Garden in New York and Spodek arena in Katowice in playing host to some of the world’s biggest esports spectacles.

Patrik Meyer, CEO of the Commerzbank Arena in Frankfurt, had the following to say of the venue’s involvement:

“At the Commerzbank Arena, we are proud to be able to say that we recognized esports’ potential so early on, and to have brought it to the big stage in our stadium, where ESL One Frankfurt has established itself as one of the biggest esports events worldwide with amazing attendance and viewership.”

And there’s more to come…

Next up is ESL One Manila – find out more here.