ESL One Hamburg: The next stop for Echo Arena in the VR Challenger League 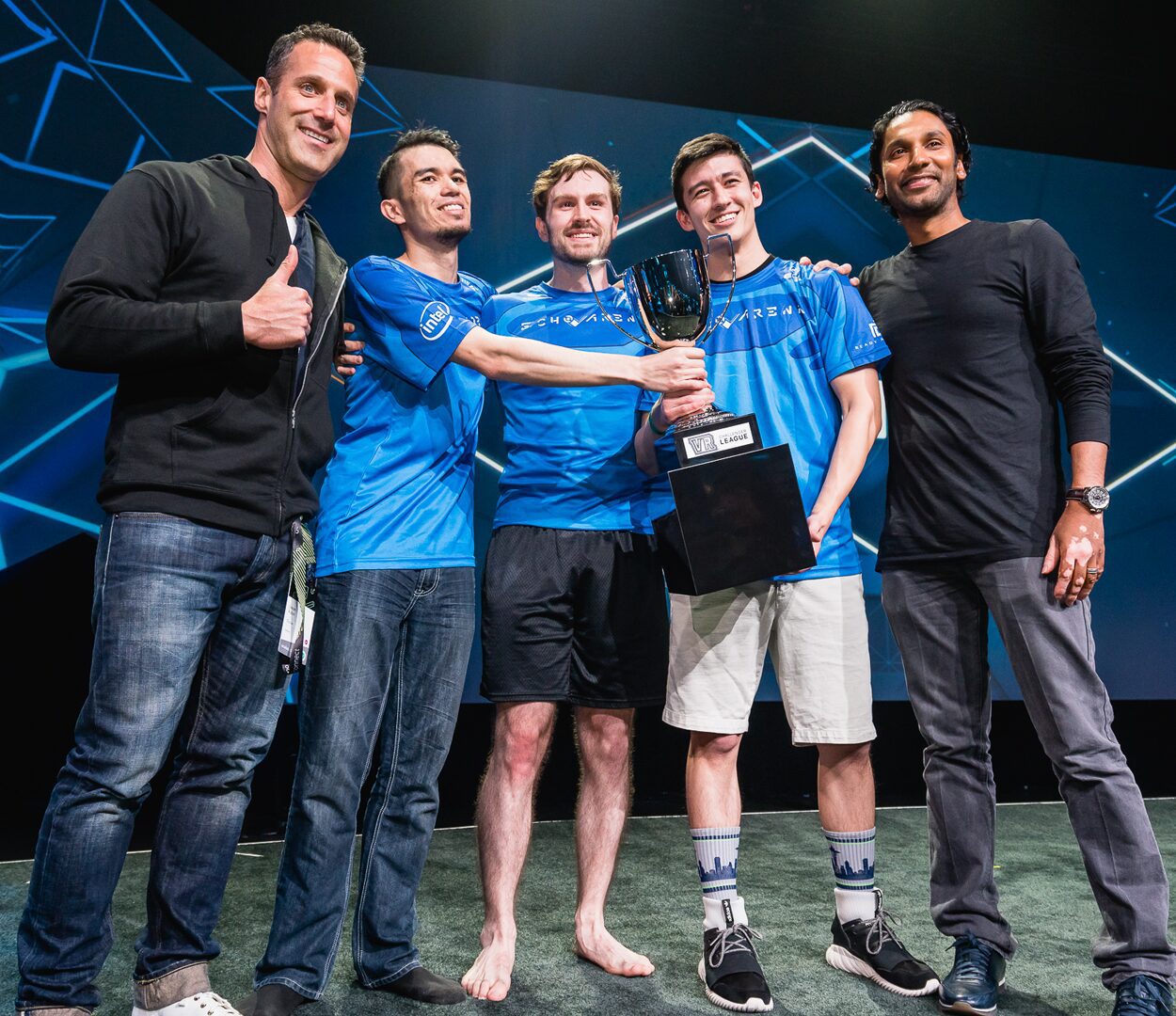 The VR Challenger League is now fully underway with the first stop at Oculus Connect 4 now complete. Congratulations are in order for team ec.LiP.se who secured the victory in the first offline Echo Arena tournament at Oculus Connect 4 in San Jose on October 12th, who will be one of the top seeds among the final challengers at IEM Katowice on March 2-4 next year.

Now that the North American victors are locked in, Europe’s best Echo Arena teams descend on ESL One Hamburg at the Barclaycard Arena on October 28 & 29th.

Echo Arena is a competitive esport title developed by Ready at Dawn studios for Oculus Rift, where players glide, boost, pull and punch their way through a zero-g virtual arena to take control of the disc and score it in their opponent’s goal. It’s a combination of ultimate frisbee and zero gravity, and Echo Arena clearly stands on its own as an original VR esport. Echo Arena is currently free to add to your library until October 31st!

Week after week, the online competition has been fierce since the VR Challenger League first kicked off in September. Teams have competed to secure as many victories as possible to score points and earn an invite to their next event. ESL One Hamburg is Europe’s stop for Echo Arena in the VR Challenger league, and while four teams have qualified, four more slots remain up for grabs. It’s not too late to qualify, and you can throw your hat in the ring by signing up at esl.gg/VRCLHamburg.

The four teams who have qualified through online competition are:

The tournament itself will be streamed on the VR Challenger Facebook and Twitch pages.  The schedule is as follows (all times in CEST/UTC+2):

If you’re planning on attending ESL One Hamburg, be sure to check out the VR Challenger League booth in the Ballsporthalle. Don’t forget that teams who didn’t qualify online still have a chance to make it to IEM Katowice by qualifying here at ESL One Hamburg, and you yourself can enter and compete – so sign up today at esl.gg/VRCLHamburg!

We look forward to seeing you there!