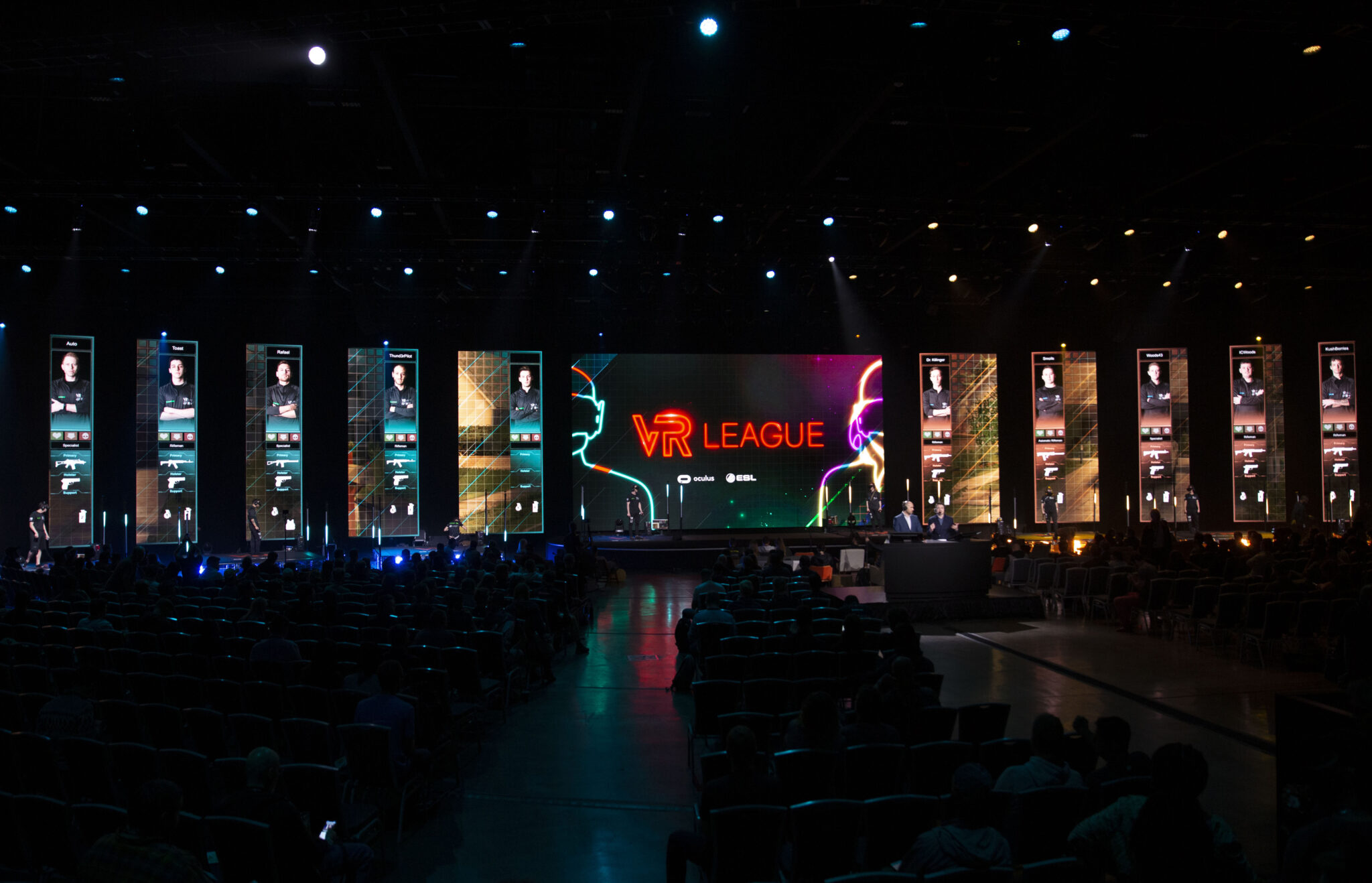 Season Three Kicks Off With a Showmatch at IEM Expo This Weekend!

ESL, the world’s largest esports company, and Oculus, the VR team at Facebook creating world-class VR hardware and software, today announced VR League: Season 3 will kickoff with a showmatch on March 3. Gameplay will officially commence on March 24 to compete for a prize pool of $250,000.

“Through our partnership with Oculus, VR League is helping competitive VR expand to new audiences and further its impact in the esports industry as a whole,” said Sean Charles, SVP Global Publisher & Developer Relations at ESL. “Kicking off the third season with a showmatch leading into full competition around four titles, we are set to create exciting new esports experiences for both players and fans.”

The opening showmatch for VR League: Season 3 will be between last season’s finalists during Intel® Extreme Masters Katowice at the IEM Expo, located adjacent to Spodek Arena. Onsite fans can watch the match at the Ballroom Stage, and more details on Season 3 will be unveiled live.

“2019 will be a huge year for VR gaming with the launch of Oculus Quest and Season 3 & 4 of the VR League,” said Christopher K. McKelvy, Head of Esports at Oculus. “This year will be Oculus’ biggest investment in esports yet. We’re adding new games, more broadcasts and a bigger prize pool.”

In addition to two of last season’s games, Ready At Dawn’s Echo Arena and Downpour Interactive’s Onward, the third season will also include Ready At Dawn’s Echo Combat and Ubisoft’s Space Junkies. VR League: Season 3 will have weekly cups in both Europe and North America, and culminate in an exciting offline Grand Finals event at Haymarket Theatre in Leicester, UK.

About ESL
ESL is the world’s largest esports company. Founded in 2000, ESL has been shaping the industry across the most popular video games with numerous online and offline competitions. It operates high profile, branded international leagues and tournaments such as ESL One, Intel® Extreme Masters, ESL Pro League and other top tier stadium-size events, as well as ESL National Championships, grassroots amateur cups and matchmaking systems, defining the path from zero to hero as short as possible. With offices all over the world, ESL is leading esports forward on a global scale. ESL is a part of MTG, the leading international digital entertainment group. https://about.eslgaming.com/

About Oculus
The Oculus team at Facebook lets people defy distance—connecting with each other and the world—through world-class VR hardware and software. With global departments dedicated to VR research, computer vision, haptics, social interaction, and more, Oculus is committed to driving the state of the art forward through relentless innovation. https://www.oculus.com/